Close
Philip Catherine
from London, England
October 27, 1942 (age 79)
Biography
An immensely gifted Belgian guitarist, Philip Catherine is a highly regarded performer known for his harmonically nuanced, deeply lyrical playing and crisply rounded fretboard touch evident in virtually any style of music he plays: Gypsy jazz, fusion, blues, post-bop, funk, swing, and more. While the jazz populace considered him a fusion player based on 1972's Stream and 1974's September Man, Catherine proved more adventurous -- evidenced by the other artists he worked with during the decade: Kenny Drew, Rolf and Joachim Kuhn, Jean-Luc Ponty, Peter Herbolzheimer, and Larry Coryell (with whom he recorded and toured as an acoustic duo). The following year he recorded with Charles Mingus, who dubbed him "Young Django" (resulting in an album of the same title with Stephane Grappelli, Coryell, and Niels-Henning Ørsted Pedersen in 1979). In the early '80s, Catherine toured with Benny Goodman and played in trios with Chet Baker and Didier Lockwood. After the acclaimed Chet's Choice in 1985, Catherine returned as a leader with the funky, charting Transparence in 1987. During the '90s, the guitarist recorded three albums with trumpeter Tom Harrell, two fine duos with Pedersen (Spanish Nights and Art of the Duo), and a pair of widely acclaimed trio dates with Serge Delaite and George Mraz (Emotionally and Teenagers). Two very electric post-bop fusion outings, Guitar Groove and Blue Prince, appeared under Catherine's name on Dreyfuss Jazz, and he kicked off the 21st century with international hits. 2009's Culture Griot with Baba Sissoko, 2011's Plays Cole Porter, and the live La Belle Vie all registered internationally.

Born in London in 1942 to an English mother and Belgian father, Catherine moved to Brussels with his family at a young age. As a teenager, he became interested in the guitar, influenced at the time by French singer/songwriter and poet George Brassens. By age 14 he was taking lessons and learning the basic elements of jazz improvisation when he discovered Django Reinhardt. He quickly absorbed the jazz legend's distinctive style, and eventually picked up other influences, including Belgian guitarist René Thomas. He also immersed himself in albums by such luminaries as Art Blakey, Clifford Brown, Max Roach, and others.

Catherine began playing gigs while in his teens, working in a trio with American Hammond B-3 specialist Lou Bennett and drummer Oliver Jackson. There were also stints with Belgian saxophonist Jack Sels and Philadelphia-born/Brussels-based drummer Edgar Bateman. In 1970, violinist Jean-Luc Ponty asked him to join his band and, inspired by contemporaries like John McLaughlin and Larry Coryell, Catherine stayed with Ponty for a year, dedicating himself to the progressive fusion sound. Also during this period, he attended formal music classes at Berklee College of Music in Boston.

After returning to Belgium, Catherine found himself in high demand and developed a bevy of connections, including playing with Klaus Weiss, Les McCann, Karin Krog, Dexter Gordon, and others. As a solo artist, he made his debut with 1971's Stream, a funky, inventive mix of acoustic and electric jazz. He followed up in 1975 with Guitars and September Man, both also highly inventive, fusion-influenced albums. Sessions with Herb Geller, Niels-Henning Ørsted Pedersen, and Charles Mingus followed, as did a duo tour with guitarist Coryell. Also during the '70s, he paired with close associate saxophonist Charlie Mariano for a handful of sessions, and rounded out the decade with his own Nairam, which also featured Mariano, along with trumpeter Palle Mikkelborg and others.

During the '80s, Catherine's profile continued to rise as he released several more well-regarded efforts, including Babel, End of August, and Trio with guitarist Christian Escoude and violinist Didier Lockwood. There also were dates with Aldo Romano, Stéphane Grappelli, and Kenny Drew. Also in the '80s, he gained attention for his work with legendary West Coast trumpeter/vocalist Chet Baker, touring and appearing on such albums as 1983's Mr. B and 1985's Strollin'. Although his 1986 album, Transparence, layered keyboards into his atmospheric sound, his work with Baker pointed toward a more acoustic-leaning aesthetic. It was a sound he further embraced on 1990's I Remember You. Dedicated to Baker (who died in 1989), the album also featured trumpeter/flügelhornist Tom Harrell. Throughout the '90s, Catherine released a steady stream of albums for smaller jazz labels like Enja, Criss Cross, and Dreyfus, including albums like Moods, Vol. 1, Spanish Nights, and 1999's Guitar Groove. 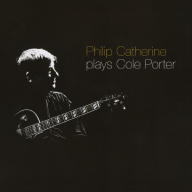 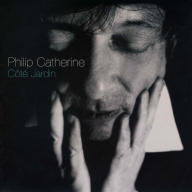 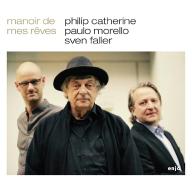 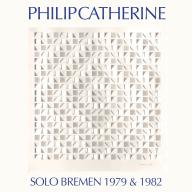 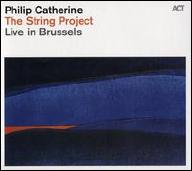 The String Project: Live in Brussels
2015 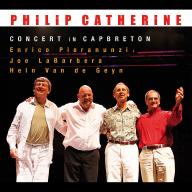 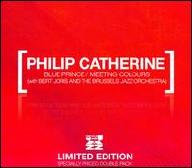 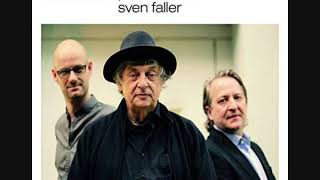 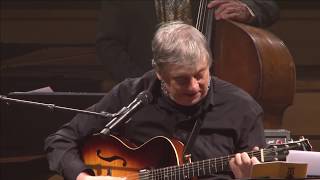 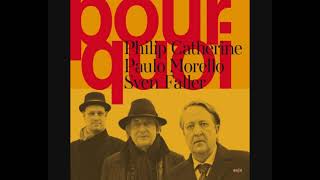 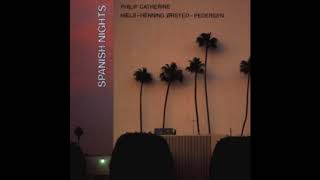 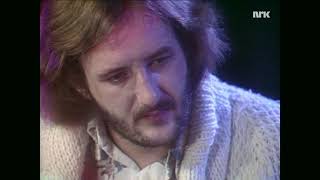 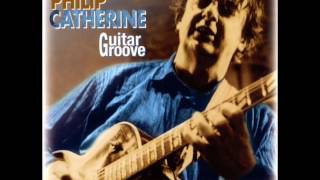 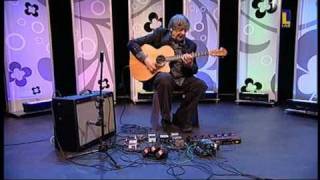