Close
Klaus Schulze
from Berlin, Germany
August 4, 1947 (age 74)
Biography
As both a solo artist and member of groups including Tangerine Dream and Ash Ra Tempel, Klaus Schulze is acknowledged as one of the founding fathers of contemporary electronic music. His epic, meditative soundscapes helped pave the way for new age and ambient music, and his sequencer-driven rhythmic explorations anticipated the rise of techno and trance. Making his solo debut with 1972's visionary Irrlicht, recorded using tape machines and an electronic organ, Schulze began using synthesizers soon afterward, producing classics such as 1975's Timewind and 1976's Moondawn. During the '80s, he switched to digital equipment on albums like Dig It (1980), as well as several releases under his Richard Wahnfried alias, which contained his most accessible material. After flirting with the possibilities of sampling on albums such as 1990's Beyond Recall, Schulze explored classical music and opera on releases such as Goes Classic (1994) and Dosburg Online (1997), in addition to ambient techno on the Dark Side of the Moog series with Pete Namlook and Bill Laswell. During the 21st century, he collaborated with Dead Can Dance vocalist Lisa Gerrard on several concerts and recordings, and continued releasing solo works such as 2018's Silhouettes.

Born in Berlin on August 4, 1947, Schulze began his performing career during the '60s, playing guitar, bass, and drums in a variety of local bands. By 1969, he was drumming in Tangerine Dream, appearing a year later on their debut LP, Electronic Meditation. The album was Schulze's lone effort with the group, however, as he soon co-founded Ash Ra Tempel with Manuel Gottsching and Harmut Enke, debuting in 1971 with a self-titled record; again, however, the band format appeared to stifle Schulze, and he mounted a solo career a few months later.

While Schulze's previous recorded work had been in a typically noisy Krautrock vein, as a solo artist he quickly became more reflective; although he acquired his first synthesizer in 1972, it did not enter into his solo debut, Irrlicht, whose long, droning pieces were instead assembled from electronic organ, oscillators, and orchestral recordings. The double album Cyborg, his first recording to feature synths, followed in 1973, and a year later he issued Blackdance. Timewind, regarded by many as Schulze's masterpiece, appeared in 1975. Around that same time, he began producing prog rockers the Far East Family Band; the group's keyboardist, who went on to become the new age superstar Kitaro, frequently cited Schulze as the central influence behind his own plunge into the world of synths and electronics.

After collaborating with Stomu Yamash'ta on 1976's Go, Schulze resurfaced with a flurry of new solo material, including the LP Moondawn, 1977's Mirage, and two volumes of the porn soundtrack Body Love. He remained extraordinarily prolific in the years to follow, with 1979's Dune, inspired by the Frank Herbert sci-fi classic, becoming his 11th solo record released during the '70s alone. The '80s were no less fertile, with Schulze issuing a steady stream of new work in addition to various productions released on his own Innovative Communication label. The label issued material by artists like Software and Popol Vuh, in addition to Schulze's alter ego Richard Wahnfried. Released in 1980, Dig It was his first fully digital recording, followed by 1981's sequencer-heavy Trancefer. By the following decade, Schulze had immersed himself in contemporary dance music, occasionally working in conjunction with Pete Namlook (as "Dark Side of the Moog"). The first half of the '90s also saw Schulze experiment with sampling, starting with the album Beyond Recall, but these forays largely ended in 1995 with the release of In Blue. His 2000s-era work was significantly more influenced by jazz and classical music, as well as modern electronic styles such as trance.

In 2005, he began re-releasing his earlier works with previously unissued bonus tracks, in addition to giving wider releases to material that was previously only available as part of limited box sets The Ultimate Edition (2000) and Contemporary Works I (2000) and II (2002). In 2007, Schulze released the solo album Kontinuum. He also began recording and performing concerts with Dead Can Dance singer Lisa Gerrard. The duo released Farscape and the live album Rheingold, both double CDs, in 2008. These were followed in 2009 by Dziekuje Bardzo, also featuring Gerrard, which was released as a triple CD as well as a DVD. Schulze's solo live two-CD/DVD Big in Japan appeared in 2010. The studio album Shadowlands appeared in 2013, as did The Schulze–Schickert Session 1975, a previously unearthed collaboration with Günter Schickert. Schulze announced in 2013 that he would no longer be performing concerts. He still continued to issue live albums, though, with two volumes of Big in Europe (with Gerrard) appearing in 2013 and 2014, and Stars Are Burning, a collection of previously unreleased concert recordings from the late '70s, surfacing in 2014. In 2016, Schulze and Namlook's Dark Side of the Moog work was anthologized as three limited-edition CD box sets, and in 2017, his four-part Ballet series was reissued. Silhouettes, Schulze's first studio album in five years, was released in 2018. ~ Jason Ankeny, Rovi 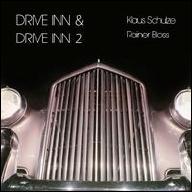 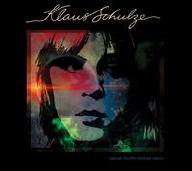 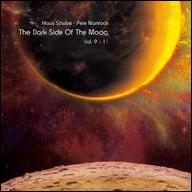 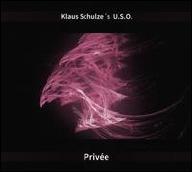 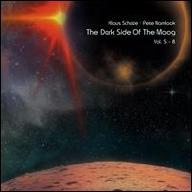 The Dark Side of the Moog [Complete Version]
2016 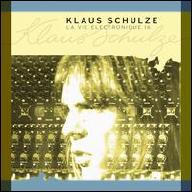 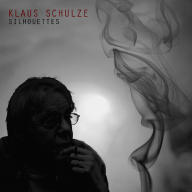 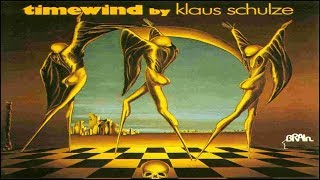 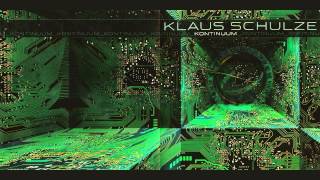 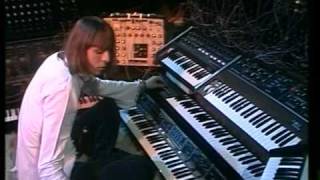 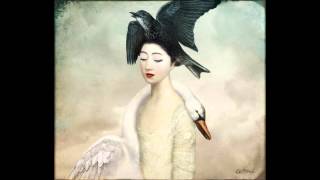 Klaus Schulze - My Ty She 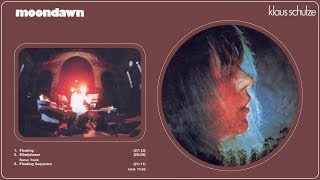 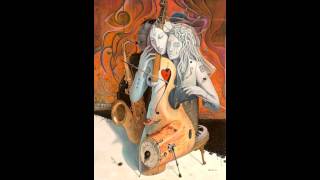 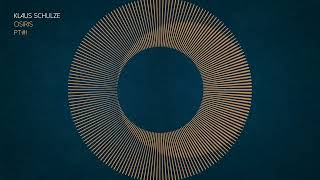