Close
Daniel Humair
from Geneva, Switzerland
May 23, 1938 (age 84)
Biography
A pioneer of the European modern jazz scene, Swiss drummer Daniel Humair is a highly respected performer and bandleader, recognized for his sophisticated, swinging style. Emerging in the 1960s, Humair first established himself as an in-demand sideman, performing with the top echelon of American and European jazz musicians including Lucky Thompson, Jacques Pelzer, Chet Baker, and others. As a leader, he debuted in 1960 with Hum!!, featuring his ongoing trio with pianist René Urtreger and bassist Pierre Michelot. Other sophisticated outings include works with pianist Martial Solal, Jean-Luc Ponty, and Phil Woods. He has also earned a number of awards for his creative and cultural contributions, including being made an Officier of the Ordre des Arts et des Lettres in 1992. In 2000, he also took home the Victoires de la Musique for his HUM trio album Humair Urtreger Michelot. Along with jazz, Humair is a noted abstract painter.

Born in Geneva, Switzerland in 1938, Humair initially started on both the clarinet and drums at age seven. Around age 14, after hearing a recording by Tommy Ladnier and Mezz Mezzrow, he decided to focus on jazz drumming. He progressed quickly, and by his teens was performing professionally with local jazz and dance bands. In 1958, he took home several awards from the Zurich Jazz Festival, a recognition that brought him work with luminaries like Don Byas, Guy Lafitte, Jacques Pelzer, and Floris Nico Bunink. Also that year, he moved from Belgium to Paris at the invitation of Barney Wilen. There, he continued to work with a bevy of name performers including Lucky Thompson, Oscar Pettiford, Bud Powell, and vibraphonist Michel Hausser, among others. In 1960, he made his recorded debut on Hum!!, playing in a trio with two of the most significant French jazz musicians of the era: pianist René Urtreger and bassist Pierre Michelot. He also joined pianist Martial Solal's trio. Though largely self-taught, Humair's associations with such gifted performers worked to help develop his playing and arranging skills.

There were also notable sessions with Chet Baker, Lee Konitz, Stéphane Grappelli, and Barney Kessel. In the mid-'60s, he formed a close association with violinist Jean-Luc Ponty, appearing on albums like 1967's Sunday Walk and 1969's More Than Meets the Ear. In 1968, his career took a crucial turn with the beginning of his four-year tenure with Phil Woods His European Rhythm Machine. He recorded a handful of live concert dates with Woods, including 1969's Stolen Moments and 1970's At the Frankfurt Jazz Festival. Following this experience, he played in a trio with pianist Gordon Beck and bassist Ron Matthewson, issuing 1972's Jazz Trio. That same year, he joined Gato Barbieri on the soundtrack to Last Tango in Paris.

Also during the '70s, he most notably appeared with various editions of the Michel Portal Unit. He also recorded with Randy Weston, Jim Hall, Steve Grossman, and more. In 1979, he paired with vibraphonist David Friedman and bassist Harvie Swartz for Triple Hip Trip. At the end of the '70s, he created another trio with saxophonist François Jeanneau and bassist Henri Texier. The combo helped give a new direction to the French jazz scene by developing a local repertoire still rooted in the jazz tradition but charting a path at some distance from the American model.

For 1980's East Side West Side, he joined pianist Jim McNeely and bassist Mike Richmond. Also around this time, he found work with Claude Bolling, Kenny Barron, Franco Ambrosetti, and others. Another significant development in the drummer's career during this era was his trio with Joachim Kühn and Jean-François Jenny-Clark. The trio remained active until the untimely passing of Jenny-Clark in 1998, and found Humair maturing as a composer. Together they issued such albums as 1985's Easy to Read, 1988's 9.11pm Town Hall, and 1991's Carambolage. In recognition of his work, Humair was awarded the Chevalier of the Ordre des Arts et des Lettres in 1986. The following year, he received the prestigious Grand Prix of Jazz from France's Sacem, as well as the Charlie Parker Prize from l'Académie du Disque. He was also honored with a career achievement award from the Charles Cros Academy.

In the '90s, Humair began to focus more on his activities as an abstract painter. As his visual skill developed, so did his drumming, which evinced ever more textures and a deepening sense of group interplay. In recognition of his continued artistic achievements, he was made an Officier of the Ordre des Arts et des Lettres. As a performer, he stayed active, collaborating with some of his favorite musicians under the moniker Reunion. Other highlights include his participation in an all-star quartet with Enrico Rava, Miroslav Vitous, and Franco d'Andrea, and the creation of a trio with Bruno Chevillon and Marc Ducret. He also began to lead more of his own sessions, pairing with saxophonist Jerry Bergonzi on 1991's Edges and 1993's Open Architecture. In 1998, he issued Quatre Fois Trois with saxophonists David Liebman and George Garzone, clarinetist Michel Portal, and others. Also that year, he returned to his trio with Kühn and Jenny-Clark for Die Dreigroschenoper. The drummer closed out the decade reuniting his HUM trio for 1999's aptly titled Humair Urtreger Michelot, which won the Victoires de la Musique. 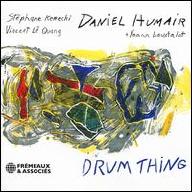 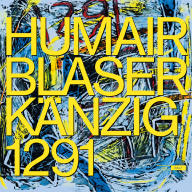 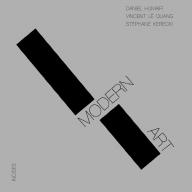 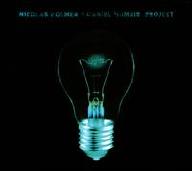 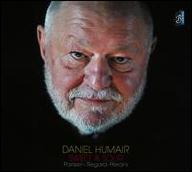 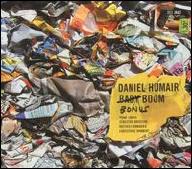 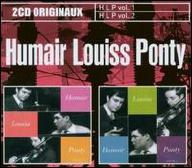 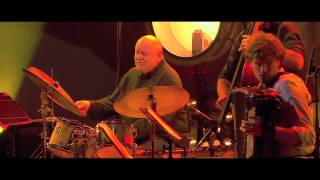 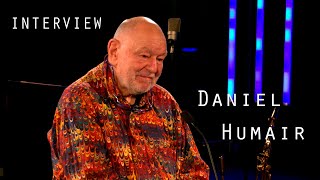 Daniel Humair with his Qunitet in Paris 1972 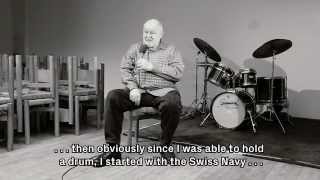