Close
Tony Malaby
from Tuscon, AZ
January 2, 1964 (age 58)
Biography
Influenced by artists ranging from John Coltrane and Archie Shepp to Roscoe Mitchell, tenor and soprano saxophonist Tony Malaby is a deeply inquisitive, yet commanding player and composer; he is comfortable playing both inside and out. The Tucson native arrived in New York City in the mid-'90s and made himself an integral member of the downtown scene as a sideman and bandleader. He made his proper leader debut in 2000 with Sabino, leading a quartet that wove bracing post-bop and folk sounds from Malaby's Mexican-American heritage. 2003's Adobe with Paul Motian and Drew Gress won accolades internationally. Despite touring with his own groups, he's also played in bands led by Mark Helias, Mario Pavone, Kris Davis, and Paul Motian, among others. In 2005 he served in the Charlie Haden the Liberation Music Orchestra for Not in Our Name. In 2007 he released the improvised trio date Tamarindo with William Parker and Nasheet Waits. In 2017 he cut New Artifacts in live performance with Mat Maneri and Daniel Levin. 2019 saw Malaby appear on no less than five albums, including Zoning with Nick Fraser, Davis, Ingrid Laubrock and Lina Allemano. In 2021, Malaby, Ben Monder, and Rainey issued the improvised date, Live at the 55 Bar, and in 2022, Malaby reunited Sabino -- with Monder replacing Marc Ducret on guitar -- for The Cave of Winds.

Malaby was born in Tucson, Arizona, in 1964 and grew up there; Malaby made his first trip to New York in 1990, when he was attending William Paterson College in New Jersey. It was in New York that he met organist Joey DeFrancesco, who employed him as a sideman for a year. The early '90s also found him playing with various Charles Mingus ghost bands and with reedman Marty Ehrlich, who featured him in a band that included Michael Formanek on bass and Tom Rainey on drums. That combo marked the beginning of an ongoing relationship with Formanek and Rainey, both of whom he played with extensively in the 1990s.

The saxman's first album as a co-leader came in 1993, when Malaby and trombonist Joey Sellers recorded Cosas for Nine Winds. In 2000, Malaby recorded the avant-garde Sabino under his own name leading a quartet that included guitarist Marc Ducret, bassist Formanek and drummer Rainey. The date showcased Malaby's take on post-bop as filtered through the folk traditions in Mexican music. He began a six-year, four-album playing relationship with pianist Mario Pavone on 2002's Mythos. In 2003 Malaby cut the trio date Adobe with bassist Drew Gress and drummer Paul Motian. The set offered an expansive showcase for Malaby's avant leanings and won acclaim from jazz critics across the globe. The following year, Motian returned the favor and hired Malaby for his ECM date Garden of Eden. Malaby is a prolific collaborator; among the many releases he appeared on by various leaders between 2003 and 2007 were Apparitions, with Rainey, Gress, and Michael Sarin, and two Alive in Brooklyn outings with Angelica Sanchez and Rainey. In 2007, Malaby cut Tamarindo, his debut outing for Clean Feed, with bassist William Parker and drummer Nasheet Waits. It marked the beginning of a long relationship with the label.

The following year the saxophonist played on Ancestors, the last of his four albums with Pavone, and released Full Contact with Joachim Kuhn and Daniel Humair. He also issued Warblepeck by the Tony Malaby Cello Trio featuring Fred Lonberg-Holm and John Hollenbeck. In 2009 he released the quartet offering Paloma Recio, his debut with New World. His sidemen included Waits, bassist Eivind Opsvik, and guitarist Ben Monder. That same year, the Stéphane Kerecki Trio with Tony Malaby released Houria, the first of several collaborative outings -- it included compositions by Olivier Messiaen among originals by the saxophonist and pianist.

Malaby toured the U.S. and Europe almost constantly, recording dates as he traveled. In 2010, Tamarindo Live appeared from Lisbon's Clean Feed, while Pas de Dense, with Daniel Humair and Bruno Chevillon, appeared on Sweden's Zig Zag. Further, Haptein, an improvised duo with guitarist Richard Bonnet, was released by France's Hôte Marge. In 2013 Malaby joined Los Toscos, an avant-garde, experimental jazz band from Bogotá, to record Kalimán, one of his most exciting collaborations. That same year he appeared on No Difference for Songlines with Gordon Grdina, Mark Helias, and Kenton Loewen.

In 2011, Malaby released one of his most ambitious outings. He formed a nonet to record Novela. Arranged by Davis (who also played piano on the date), it included radically revisioned works from earlier in his career performed by a group that included Hollenbeck, Ralph Alessi, and Formanek, among others. As was typical of his more experimental leanings at that time, he was recruited by European collective Big Four to participate in the sessions for 2014's Mind the Gap. Malaby continued working in Europe for most of that year. He also cut two sessions for Lithuania's No Business label: Niño/Brujo with cellist Christopher Hoffman and Juan Pablo Carletti, and A Way a Land of Life with Rob Mazurek, Jason Ajemian, and Chad Taylor. He issued two more dates with Clean Feed in 2014: Somos Agua, a reunion outing with Waits and Parker, and the wooly Scorpion Eater by Tony Malaby’s Tubacello with Hoffman, Dan Peck on tuba, and Hollenbeck on drums. In 2015 he recorded and released Too Many Continents for Clean Feed in the company of Davis and Nick Fraser, and the following year reassembled his Paloma Recio band for Incantation Suite. In 2017 he returned to the label to issue New Artifacts, a live improvisation with Mat Maneri and Daniel Levin.

On Valentine's Day 2018, Malaby joined Formanek's Elusion Quartet in an upstate, New York recording studio to record Time Like This for Intakt. The band also included Davis and drummer Ches Smith. In March of 2018, Los Toscos extended an invitation for Malaby to return to Bogota. Their sessions resulted in the digital-only album La Vigilia de Las Flores (Lado Vigilia) released the following year. 2018 also saw the Clean Feed release of Traveling Moving Breathing, a 2017 live date by the saxophonist with guitarist Samo Salamon and drummer Roberto Dani. Head Under Water, a trio set with saxophonist Rob Burke and bassist Helias appeared from FMR.

Though the world shut down for most of 2020 due to the COVID-19 pandemic, Malaby took to the streets. During the summer of 2020 he began hosting weekly outdoor sessions with friends under a turnpike overpass near his New Jersey home. These gatherings resulted in the digital only Turnpike Diaries, Vol. 1 with socially distanced participation from bassists Helias and Formanek, drummer Ches Smith and saxophonist Tim Berne. In 2021, with Monder and Rainey, Malaby recorded the completely improvised Live at the 55 Bar.

The previous year's impromptu underpass sessions also inspired the recording of The Cave of Winds, a 2021 studio session with most of the lineup of Malaby's 2000 debut Sabino: Formanek on bass, Rainey on drums, and Monder replacing Marc Ducret on guitar. The music straddled the line between post-bop, modal structures, and free improvisation. Released by Pyroclastic in January of 2022, the album was billed to Tony Malaby Sabino. Following the recording, Malaby moved from his longtime home in New York to Boston after accepting an appointment to the faculty of the Berklee College of Music. ~ Thom Jurek & Alex Henderson, Rovi 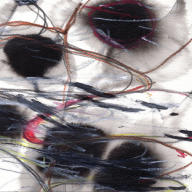 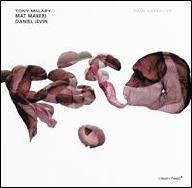 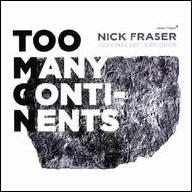 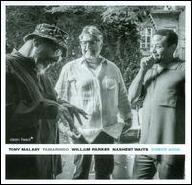 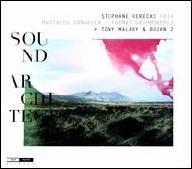 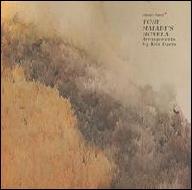 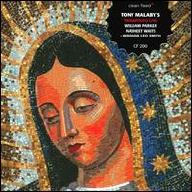 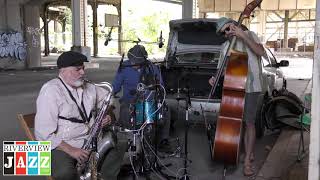 Tony Malaby's Under the Turnpike Trio 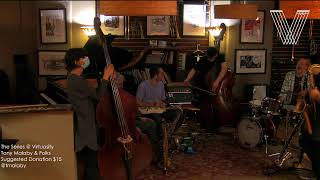 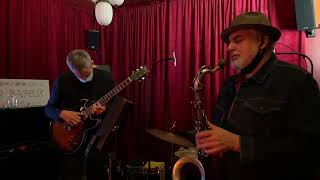 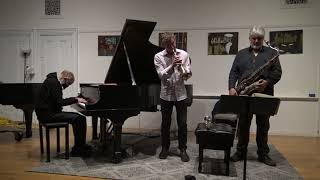 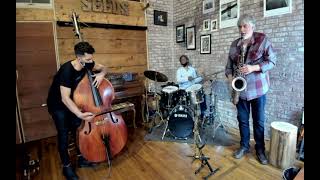 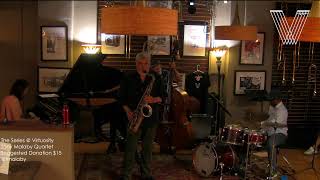 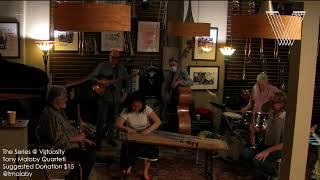