Close
The Haden Triplets
from Los Angeles, CA
formed October 11, 1971 (age 50)
Biography
The Haden Triplets are just that, the triplet daughters of jazz bassist Charlie Haden. Petra, Rachel, and Tanya Haden followed their father into music, but rather than devoting themselves to jazz, they became a family harmony ensemble, bringing their expert and emotionally compelling vocal arrangements to vintage folk and country songs. The trio debuted their striking vocal stylings with spare but artful accompaniment on their self-titled 2014 album, while 2020's The Family Songbook boasted slightly more full-bodied production.

Born October 11, 1971, Tanya, Rachel, and Petra Haden have had separate and collective musical careers (brother Josh Haden is also a musician, the leader of the band Spain). Tanya, a singer and cellist has been a member of several bands, including Let's Go Sailing and Silversun Pickups, and was the creator of the Imaginary Bear puppet show. Rachel, a singer, bassist, and drummer, has been a member of that dog. (along with her sister Petra) and the Rentals. Petra, who sings and plays violin, has been in several bands, including that dog., Tito Tarantula, and the Decemberists, and has released a handful of solo albums, including 2005's Petra Haden Sings: The Who Sell Out, an a cappella and home-recorded rendition of the Who album. Together, the sisters have the kind of striking vocal harmony blend that can only come with a familial background.

The trio's debut album together, the self-titled The Haden Triplets, appeared in 2013. Produced by iconic guitarist Ry Cooder and featuring mandolin work from Ricky Skaggs, the album won enthusiastic reviews, but the Hadens' various projects meant fans would have to wait for a follow-up. Their patience was rewarded in early 2020 with the release of The Family Songbook, which along with new interpretations of folk and country classics (and Kanye West's "Say You Will") featured several rare compositions from their grandfather, songwriter Carl E. Haden. ~ Steve Leggett & Mark Deming, Rovi 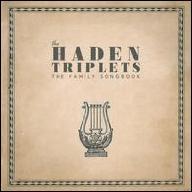 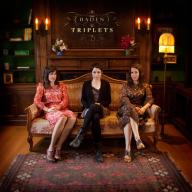 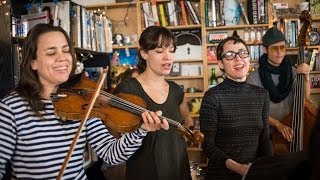 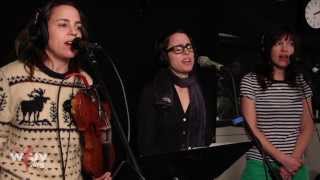 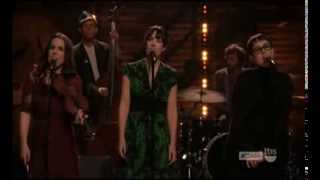 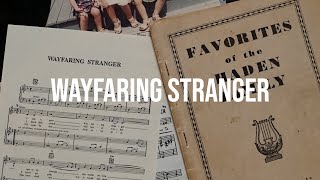 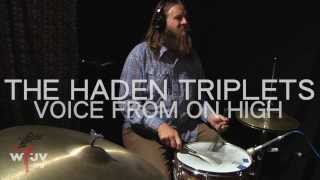 The Haden Triplets - "Voice From On High" (Live at WFUV) 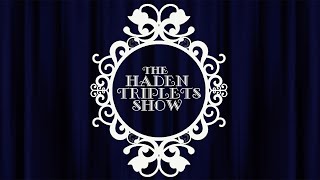 The Haden Triplets - Every Time I Try (Nick Offerman Cameo) 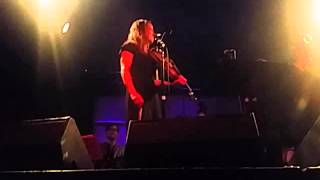