Close
Barry Tuckwell
from Melbourne, Australia
March 5, 1931 - January 16, 2020 (age 88)
Biography
Barry Tuckwell was perhaps the world's most renowned French horn player and was one of the most recorded hornists in history. An orchestral professional by the age of 15 and a pioneer as a soloist, he was an inspiration to horn players from around the world.

Tuckwell was born in Melbourne on March 5, 1931. He first studied violin and piano with his father and older brother and was a chorister at St. Andrew's Cathedral in Sydney, where he also served as organist. He began to study horn at 13 with Alan Mann of the Sydney Conservatory. He made such rapid progress that he became a member of the Melbourne Symphony Orchestra at the age of 15 and moved to the Sydney Symphony Orchestra the next year. He remained with the Sydney Symphony from 1947 to 1950. By that time, he had publicly performed nearly every major concerto in the standard repertory. He went to England at 19, in part because of Britain's wider career opportunities, but also to study informally with the great horn virtuoso Dennis Brain. Tuckwell also credited listening to the recordings of jazz trombonist Tommy Dorsey with shaping his idea of the brass sound.

Tuckwell's professional career blossomed first as the assistant first horn in the Hallé Orchestra, then with the Scottish National Orchestra, and eventually as the first horn of the Bournemouth Symphony Orchestra. In 1955, at the age of 24, he became principal horn of the London Symphony Orchestra. He was regarded as one of the most respected members of the orchestra, which elected him to its Board of Directors, and ultimately to its chairmanship. During his LSO years, he appeared regularly as a soloist, and in 1968, he left the orchestra to pursue a career exclusively as a horn soloist. Tuckwell toured and taught widely all over the world and was responsible for the commissioning of works that have become important additions to the horn repertory, including compositions by Gunther Schuller, Oliver Knussen, Richard Rodney Bennett, Thea Musgrave, and Ian Hamilton.

He was the first president of the International Horn Society from 1970-1976, serving another term from 1992-1994; he was also a member of its Advisory Committee. He worked diligently to advance horn playing and worked on instrument design with makers such as Holton and Lawson. Tuckwell was a professor of horn at the Royal Academy of Music in London from 1962-1972, and an artist-in-residence at New Hampshire's Dartmouth College, Pomona College in California, and the Stratford Festival in Ontario. He was also a noted editor of horn music and authored three books on the techniques of horn playing.

In 1982, he helped found the Maryland Symphony Orchestra, serving as its music director into 1998. He was also the music director of the Tasmanian Symphony Orchestra. He frequently appeared as a guest conductor, recording an album of Wagner overtures with the London Symphony. In 1992, Tuckwell was granted permanent U.S. residency and became a U.S. citizen in 1997. He retired from professional horn playing in 1996, at the age of 65, though he continued to conduct and teach. Tuckwell died in Melbourne on January 16, 2020. Among his honors were three Grammy nominations, the Order of the British Empire, and Order of Australia.

Tuckwell recorded for numerous labels, including ABC Classics, Decca, and London. He recorded the complete Mozart concertos several times, as well as most of the horn repertoire. In 2006, Decca issued The Art of Barry Tuckwell, a tribute album with recordings from throughout his career. ~ Joseph Stevenson, Rovi 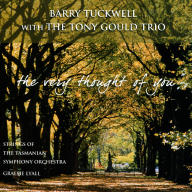 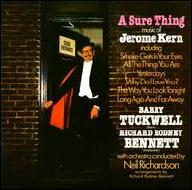 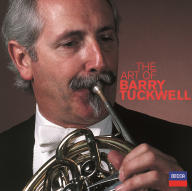 The Art Of Barry Tuckwell
2006 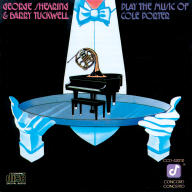 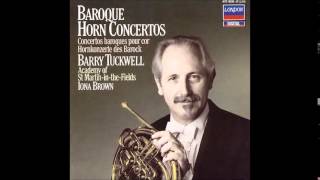 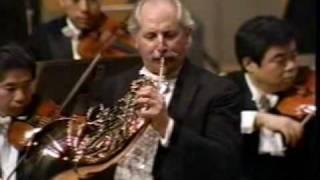 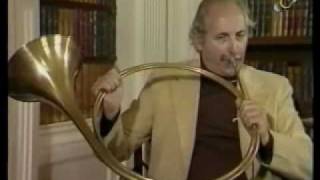 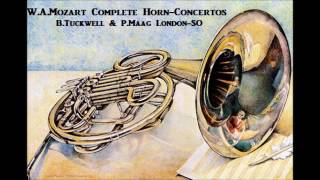 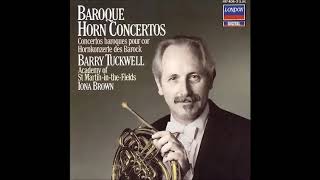 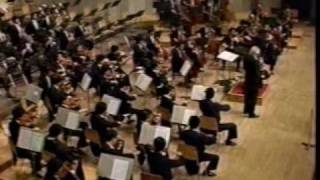 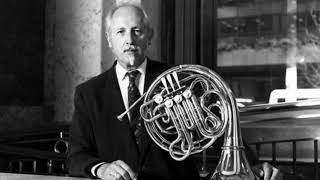