Close
Scottish National Orchestra
formed January 1, 1891 (age 131)
Biography
In the decades since its founding, the Scottish National Orchestra has earned a reputation as a distinguished ensemble with an extensive concert schedule, wide-ranging repertoire, and a significant representation on recordings. The SNO is the direct descendant of the Scottish Orchestra, founded in Glasgow in 1890; with the establishment of the Scottish National Orchestra Society in 1950 with monies from Glasgow, Aberdeen, Edinburgh, and Dundee, the SNO became a permanent ensemble. Throughout its first 40 years, the Scottish Orchestra had no permanent principal conductor, instead relying on a series of eminent guest conductors. In 1933, John Barbirolli assumed the post of principal conductor; since that time, the orchestra has been helmed by George Szell, Warwick Braithwaite, Walter Süsskind, Karl Rankl, Hans Swarowsky, Alexander Gibson (the first Scot to lead the ensemble), Neeme Järvi, Bryden Thomson, Walter Weller, and, from 1997, Alexander Lazarev.

Throughout its early years, the orchestra played its Glasgow concerts in the acoustically wonderful St. Andrew's Hall. From the time the hall was destroyed by fire in 1962, the SNO played in a series of venues of varying suitability. Finally in 1979, redesign of the Trinity Church on Claremont Street gave the SNO a permanent home of its own: the SNO Center and Henry Wood Hall.

Highlights in the orchestra's history include the introduction of the Promenade concerts, under Rankl; the establishment of its longstanding partnership with the Scottish Opera, its expansion to 96 (later reduced to 89) full-time players, its first international tour (1967), and its first American tour (1975), under Gibson; and the granting of the title "Royal Scottish National Orchestra" by Queen Elizabeth II during Thomson's tenure. While the orchestra boasts a wide-ranging repertory, it has been singled out for its recordings of Bruckner, Barber, and twentieth century British composers like Bax, MacMillan, and Holst; it has also earned a particular reputation for recorded performances of film scores like #Vertigo, #Titanic, #Superman, and #Star Wars: The Phantom Menace., Rovi 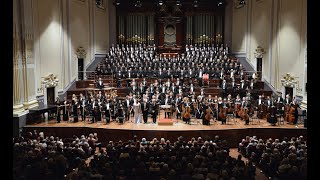 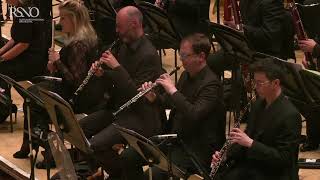 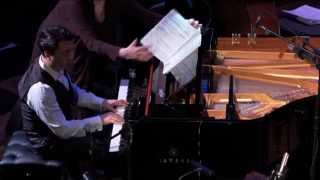 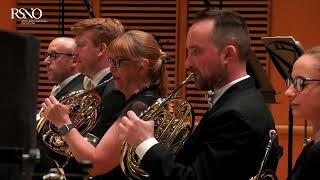