Close
Brian Blade
from Shreveport, LA
July 25, 1970 (age 51)
Biography
An intensely thoughtful drummer, composer, and bandleader, Brian Blade is a holistic performer, skillfully throwing himself into myriad adventurous jazz contexts, but he also has an ear for folky introspection and cross-genre exploration. Emerging in the late '90s, Blade quickly established himself as a versatile sideman, appearing on albums with Joshua Redman, Kenny Garrett, and Brad Mehldau. At the same time, he drew attention from artists outside the jazz tradition, appearing on recordings with esteemed singer/songwriters like Joni Mitchell, Bob Dylan, and Emmylou Harris. He has applied all these experiences to his own albums, debuting with 1998's Brian Blade Fellowship, and continuing on albums like 2000's Perceptual, 2008's Season of Change, and 2017's Body and Shadow. Along with his own work, Blade has earned Grammys for his work with Wayne Shorter and as a member of the Chick Corea Trio on Trilogy.

Born in 1970 in Shreveport, Louisiana, Blade was initially exposed to music at the Zion Baptist Church, where his father was the pastor. At elementary school he took up the violin. However, inspired by his older brother who played drums at church, he eventually switched to that instrument, playing drums and percussion throughout his middle and high school years. It was during high school that he also began investigating jazz, listening to artists like Elvin Jones, Art Blakey, Philly Joe Jones, Tony Williams, and sundry other influential drummers. After high school, he moved to New Orleans where he further honed his skills attending both Loyola University and New Orleans University. There, he gained valuable experience performing with artists like Ellis Marsalis, Alvin Red Tyler, and Harold Battiste. He also sought out local mentors, studying David Lee, as well as highly respected drummer and second-line master Johnny Vidacovich, who keyed Blade in to other New Orleans luminaries like Ernie Elly, Herlin Riley, and Herman Lebo.

Gigs followed, and by the time he left New Orleans he was playing regularly five nights a week. In the late '90s, Blade moved to New York where he quickly found himself in-demand, recording with Kenny Garrett, Joshua Redman, Marcus Printup, Ryan Kisor, Brad Mehldau, and many others. He also branched out, building a reputation not just as a jazz drummer, but also an intuitive sideman for singer/songwriters including Joni Mitchell, Emmylou Harris, Marianne Faithfull, and Bob Dylan, the latter of whom invited him to play on his Grammy Award-winning 1997 album Time Out of Mind.

As a leader, Blade brought all his eclectic experience to bear on his 1998 Blue Note debut Brian Blade Fellowship. Produced by Daniel Lanois, the album featured his band with fellow Loyola alum and pianist Jon Cowherd, bassist Christopher Thomas, and saxophonists Myron Walden and Melvin Butler. He returned two years later with another Lanois-produced effort, Perceptual, which found guitarist Kurt Rosenwinkel added to the BBF and included a guest appearance by Joni Mitchell.

In 2000, he joined saxophonist Wayne Shorter's band, and further developed his sound, playing regularly with his bandmates bassist John Patitucci and pianist Danilo Perez. Together, they helped shepherd in a renewed period of creative energy for Shorter, issuing albums like 2002's Footprints Live!, 2003's Grammy-winning Alegria, and 2005's Beyond the Sound Barrier, for which Blade also picked up a Grammy. Around the same time, he also contributed to John Patitucci's Grammy-nominated Remembrance and appeared on albums by David Binney, Scott Colley, Myron Walden, and others.

A decade after releasing his first album as the Brian Blade Fellowship, he returned with 2008's Season of Changes, this time on Verve. The album again reunited the drummer with pianist Cowherd, as well as bandmates Walden, Butler, Rosenwinkel, and Thomas. The following year, he shifted gears, drawing upon his Americana and folk influences for Mama Rosa, which showcased his skills as a singer/songwriter. Quiver, with guitarist Bill Frisell and cornetist Ron Miles, arrived in 2012 and earned Blade Germany's ECHO Jazz Award for International Artist of the Year Drums/Percussion.

In 2013, Blade joined pianist Chick Corea's trio with bassist Christian McBride. The group's debut, Trilogy, peaked at number nine on the Billboard Jazz Albums chart and won the Grammy for Best Instrumental Jazz Album. The drummer then re-signed with Blue Note in a cooperative deal with the Shreveport, Louisiana-based Mid-City Records. His fourth BBF, Landmarks, arrived in April of 2014. The quintet was augmented by guitarists Marvin Sewell and Jeff Parker. A year later, Blade was also part of a celebrated trio that included guitarist Wolfgang Muthspiel and bassist Larry Grenadier on Driftwood for Deutsche Grammophon.

In 2017, Blade formed yet another trio, reuniting with his fellow sidemen in Wayne Shorter's quartet, pianist Perez and bassist Patitucci, for the studio date Children of the Light on Mack Avenue. During the same season, Blade's Fellowship released Body and Shadow on Blue Note. Recorded in the historic Columbus Theatre in Providence, Rhode Island, the album was co-written, arranged, and produced by Blade and longtime collaborator pianist Cowherd. He then joined saxophonist Joshua Redman for the Grammy-nominated quartet album Still Dreaming, and in 2019 joined bassist Jeff Denson and guitarist Romain Pilon for the trio album Between Two Worlds. Blade continued his long relationship with Muthspiel on 2020's Angular Blues offering from ECM; the lineup also included bassist Scott Colley. Also that year, he was back with Joshua Redman for a reunion of the saxophonist's '90s quartet with bassist Christian McBride and pianist Brad Mehldau on RoundAgain. ~ Matt Collar, Rovi 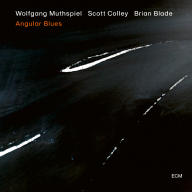 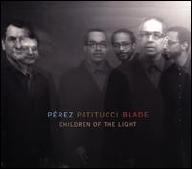 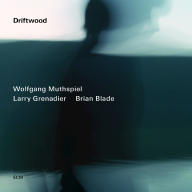 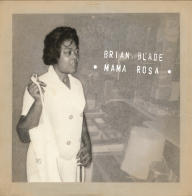 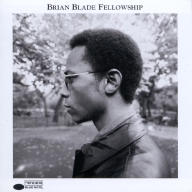 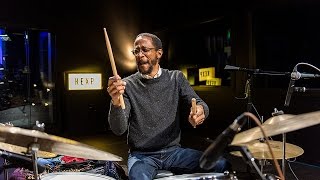 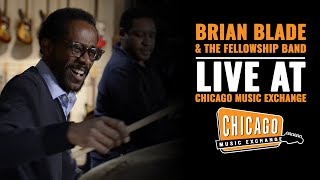 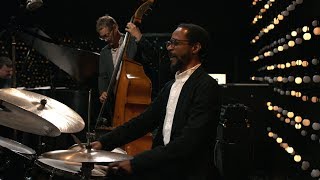 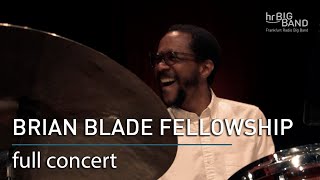 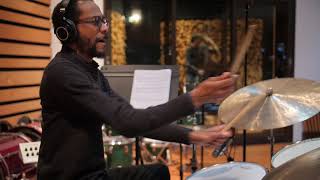 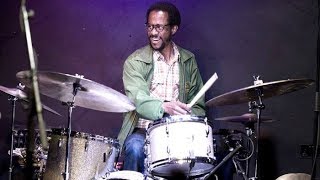 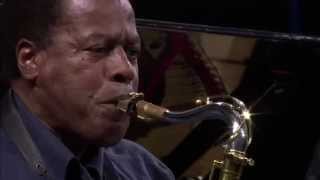