Close
Henry Cowell
from Menlo Park, CA
March 11, 1897 - December 10, 1965 (age 68)
Biography
Of all the early-20th century American musical revolutionaries, it is composer Henry Cowell whose influence was most vivid and far-reaching. Born in 1897 to a rural California family, Cowell began to study the violin at age five, though his parents' hopes of creating a prodigy on the instrument remained unfulfilled when the lessons had to be stopped on account of the boy's poor health. After his parents' divorce in 1903, Cowell spent several years traveling around the country visiting relatives with his mother; it was during one such journey in 1908 that he began to write his own music (his first known effort at composition being an unfinished setting of Longfellow's Golden Legend).

Until he began musical studies with Charles Seeger at the University of California at Berkeley in 1914, Cowell remained a basically self-taught musician (as well as a young man who had never spent so much as a day in school during his life). Seeger was impressed by Cowell's output (Cowell had over a hundred compositions, of lesser or greater quality, to his name in 1914), but was much more interested in the young composer's hyper-creative, open-minded musical personality. Free of the often confining attitudes that govern formal musical education, Cowell had come to view any sound as musical substance with which he could work, and his early music owes more to the influence of birdsong, machine noises, and folk music than it does to any knowledge of earlier masterworks (in his 1912 work The Tides of Manaunaun, Cowell asks the pianist to use his or her fist and forearm on the keys of the instrument's bass register in order to represent massive tidal waves, an early example of what he called the "tone cluster," used in many of Cowell's later works and by a number of other composers as well).

However, Seeger felt that without structure and guidelines Cowell would remain an unskilled, if impressively inventive, musician, and he encouraged the young composer to make a rigorous study of traditional harmony and counterpoint. In 1919, at Seeger's suggestion, Cowell finished a systematic treatise on his own music, entitled New Musical Resources, in which he discusses new musical techniques, new aesthetic directions, and possible alterations to the accepted system of musical notation. Concert appearances throughout North America and Europe during the 1920s earned Cowell countless friends and enemies throughout the musical establishment. Although he had earned the respect of such luminaries as Bartók and Schoenberg, his concerts frequently caused audience riots and invoked the wrath of critics who wondered if Cowell's headstrong independence disguised a lack of true musical craftsmanship.

Later music, such as Amerind Suite for Piano (1939) and 26 Simultaneous Mosaics (1964) incorporate generous helpings of indeterminacy, although beginning in the 1930s Cowell's compositional language grew increasingly tonal and rhythmically simple. He died in 1964 after several years of serious illness. ~ Blair Johnston, Rovi 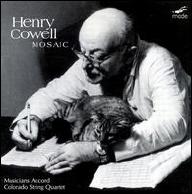 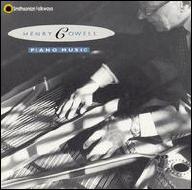 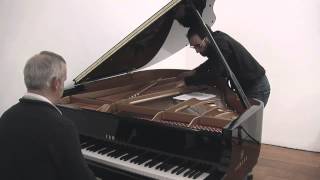 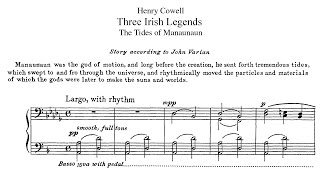 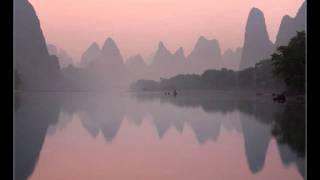 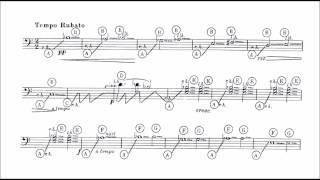 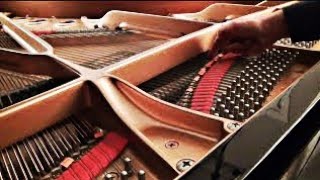 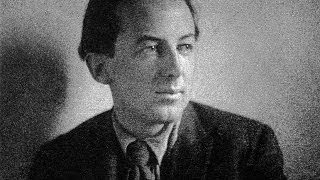 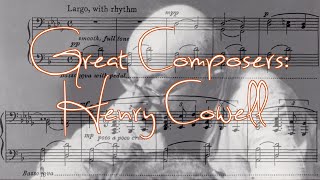