Close
Abdullah Ibrahim
from Cape Town, South Africa
October 9, 1934 (age 87)
Biography
South African pianist, flutist, soprano saxophonist and composer Abdullah Ibrahim's sound is instantly recognizable. His effervescent music reflects the influences of his childhood in Cape Town, ranging from township and traditional African folk songs to AME Church gospel to Indian ragas, modern jazz and Western pop. He combines these with the elegant compositional flair of Duke Ellington, the canny harmonies and rhythms of Thelonious Monk, and the technical proficiency of a classical pianist. After beginning with the Jazz Epistles, Ibrahim escaped apartheid and emigrated to Europe in 1962. 1963's Duke Ellington Presents the Dollar Brand Trio established him there. In New York City in 1964, he issued the solo outing Reflections and in 1969, African Piano. In the 1970s, acclaimed recordings such as African Space Program (1973), The Journey (1977), and Echoes From Africa (1979) continued to spread his influence. The 1980s saw him play many anti-aparthetid benefits while issuing iconic recordings such as African Marketplace, and Water From An Ancient Well. In 1990, he returned to live in South Africa and released 1992's Desert Flowers and his first classical work, African Suite For Trio And String Orchestra (1998). In the 21st century, he played global concert halls and festivals and continued to record. Titles such as 2002's African Magic, 2008's Bombella, and The Balance 2019 all won global acclaim. Solotude followed in 2022.

Born Adolph Johannes Brand in 1934, the youngster was exposed to a wide variety of music from his pianist mother, including traditional African music, religious songs, pop from Europe and the U.S., and of course, jazz. The young Brand began studying piano at age seven. He made his professional debut at 15, playing with local groups including the Tuxedo Slickers. He was at the forefront of bebop on the scene and innovated by employing a Cape Town flavor in his comping and solos. In 1958 he formed the Dollar Brand Trio. A year later, his groundbreaking septet the Jazz Epistles formed. Its personnel featured saxophonist Kippie Moeketsi, trumpeter Hugh Masekela, trombonist Jonas Gwanga, bassist Johnny Gertze and drummer Makaya Ntshoko. Their self-titled 1960 debut was the first recorded jazz album by South African musicians.

Mixed-race bands and audiences defied increasingly strict apartheid laws. Jazz, in patrticular, symbolized resistance to the government. They closed clubs and harassed musicians. Some members of the Jazz Epistles toured England with the musical King Kong and stayed. In 1962, Brand and vocalist Sathima Bea Benjamin left the country, joined later by trio members Gertze and Ntshoko. They won a three-year contract at the Club Africana in Zürich, Switzerland. There, in 1963, Benjamin persuaded Duke Ellington to come hear them play. He was so impressed, he booked them for a recording session in Paris, resulting in the album, Duke Ellington presents the Dollar Brand Trio. Subsequently, they received invitations to perform at key European festivals, on television and on radio.

In 1965 Brand and Benjamin were married and emigrated to New York City. Due to Ellington's support, the trio was booked to play at the Newport Jazz Festival and Carnegie Hall that year. The trio followed with Anatomy of a South African Village. Brand actually served as Ellington's substitute and performed five shows with the Ellington Orchestra in 1966. Shortly afterwards, he disbanded the trio and accepted an invitation to join drummer Elvin Jones' quartet. The collaboration with Jones lasted six months. In 1967 he received a Rockefeller Foundation grant to attend the Juilliard School of Music. He also interacted with many progressive musicians, including Don Cherry, Ornette Coleman, John Coltrane, Pharaoh Sanders, Cecil Taylor and Archie Shepp. After leaving the Jones quartet, he continued to be involved with a variety of projects. Besides touring as a soloist in 1968, he worked with bands led by Don Cherry and Gato Barbieri (the latter with whom he recorded the duo offering Hamba Kale (a.k.a Confluence) in 1968.

Dollar Brand returned to Cape Town that year and converted to Islam, changing his name to Abdullah Ibrahim. In 1970 he made a pilgrimage to Mecca. After moving to Swaziland, where he founded a music school, Ibrahim saw released cut while he was still in Europe and the U.S. including African Sketchbook for Enja, This Is Dollar Brand for Black Lion, and a pair of then-current outings for Sackville that were recorded in Toronto that year: Sangoma and African Portraits. His family returned to Cape Town in 1973 while he continued to tour internationally as a soloist and leading both small and large ensembles. In 1974 he released a whopping nine albums for various labels including Good News From Africa with bassist Johnny Dyani, Memories, Underground In Africa (with Oswiete), African Space Program, and Mannenberg -- Is Where it's Happening, the title track became an unofficial national anthem for Black South Africans. 1975 saw the release of African Herbs (later retitled Soweto) with assorted musicians and Blues For a Hip King with a septet that included saxophonist Harold Land and trumpeter Blue Mitchell.

In January of 1976 he recorded The Children Of Africa for Enja leading a trio that included bassist Cecil McBee and drummer / percussionist Roy Brooks. That same year he issued Black Lightning with a cast of African jazz players; he also played on and directed the band on Benjamin's African Songbird. After the Soweto student uprising that year Ibrahim organized an illegal ANC benefit concert, and then returned to New York with his family.

Ibrahim was becoming a globally recognized artist; he performed and recorded almost constantly. In 1977 he issued the South Africa-recorded Natural Rhythm from the previous year, Buddy Tate Meets Dollar Brand, and The Journey, leading an octet that included Dyani, Cherry, saxophonists Carlos Ward and Hamiet Bluiett, percussionists Brooks and John Betsch. In 1978 he recorded Duet with Archie Shepp, and the solo outings Anthem for the New Nations and Nisa. In 1979 he and Dyani recorded Echoes From Africa, and he cut Bra Joe From Kilimanjaro with two separate groups. The Sun re-released 1960's Dollar Brand Plays Sphere Jazz, while Trio / Freedom issued 1965's previously unreleased The Dream. 1973's Ode to Duke Ellington was repressed by Inner City Records.

1980 saw the release of two important recordings. Africa: Tears and Laughter from Enja showcased a trio with drummer Betsch and bassist Greg Brown, while the charting African Marketplace for Elektra, found the pianist leading both a quartet and big band. He was also involved with a range of artistic projects that depended on his music: he scored Garth Fagan's ballet Prelude (first performed 1981), and released the solos albums Matsidiso and South African Sunshine. He wrote the music for the Kalahari Liberation Opera (Vienna, 1982), and in 1983 wrote the musical, Cape Town, South Africa, featuring the septet he formed that year, Ekaya and recorded the widely acclaimed Zimbabwe and African Dawn for Enja. In 1984 he released Kalisz 1984, a live duo offering from Poland with Ward.

In 1986, Ibrahim issued the globally acclaimed South Africa for Enja, and the archival Duke's Memories for France's String label. It consisted of live and studio recordings of originals and Ellington tunes. In 1987, Ibrahim played two high profile concerts: A memorial show for Marcus Garvey in London's Westminster Cathedral, and a concert in Central Park, New York, commemorating the Nelson Mandela's 70th birthday. That year Ibrahim wrote the score for director Claire Denis' film #Chocolat and recorded it for his album Mindif; its title reflected the name of a solitary mountain in the north of Cameroon where the movie was filmed. he also released what is arguably his best known -- and arguably bestselling -- album, Water from an Ancient Well leading a septet that included drummer Ben Riley, saxophonists Ward and Ricky Ford.

In 1990 Mandela was freed from prison after 27 years and apartheid ended in May. The African National Congress leader invited Ibrahim to return to live in South Africa. The fraught emotions involved in reacclimating are reflected in the poignant Mantra Mode (1991), his first recording in South Africa with homegrown musicians since since 1976. In 1992 he issued the solo Desert Flowers, on which his piano playing was appended by vocalizing and playing a synthesizer. Knysna Blue followed in 1993. Ibrahim performed an electrifying concert at Mandela's inauguration in 1994.

In June of 1997, Ibrahim collaborated on tour with jazz drummer Max Roach resulting in the documentary film #Jazz Baltica, 1997. The following year, Swiss composer Daniel Schnyder arranged several of the pianist's compositions for a 22-piece orchestra for a Swiss television production, and for a world tour undertaken by the full-sized Munich Radio Philharmonic Orchestra conducted by Barbara Yahr of the United States. It resulted in the album African Suite For Trio And String Orchestra. Ibrahim also released Cape Town Flowers in 1998.

In 2000 he issued Cape Town Revisited leading a trio with bassisst Marcus McLaurine and drummer George Gray. He followed it a year later with Ekapa Lodumo, recorded in collaboration with the NDR Big Band. In 2002 Ibrahim was featured in the documentary #Amandla: A Revolution in Four-Part Harmony. A year later, he released African Magic for Enja, and supervised the first issue of a 1977 concert with Roach as Streams of Consciousnes.

He recorded the solo career overview Senzo for Intuition and followed it a year later with Bombella in collaboration with the WDR Big Band. In 2010, Ibrahim and Ekaya released Sotho Blue and toured the world's jazz festival circuit behind it. 2013's Mukashi: Once Upon a Time also issued by Intuition, was written and recorded in tribute to his Zen teacher and performed in collaboration with two cellists.

After issuing The Song Is My Story, a solo piano and saxophone offering in 2014, Ibrahim devoted his time to working on various projects in Cape Town as well as touring Europe and Asia. In the summer of 2019, accompanied by a nonet version of Ekaya, he released The Balance for the U.K.'s Gearbox label. Later that year, the Lepo Glasbo label issued Universal Silence, a live document from Ibrahim, Cherry, and Ward from 1972. During the COVID-19 pandemic in 2020, Ibrahim performed a solo concert on his 86th birthday at East Germany's Hirzinger Hall without an audience. Gearbox released the perfomance in its entirety as Solotude in 2022. ~ Thom Jurek, Craig Harris, Rovi 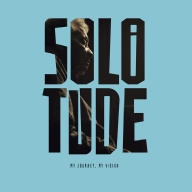 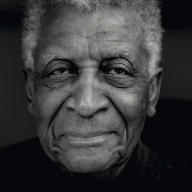 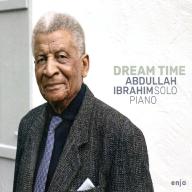 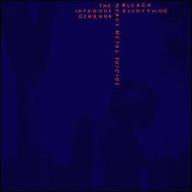 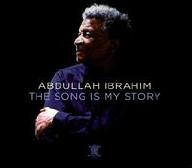 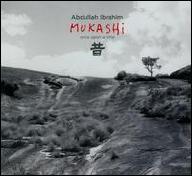 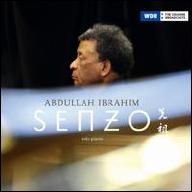 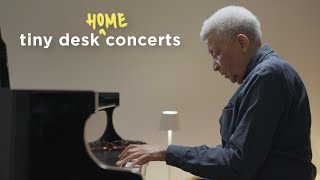 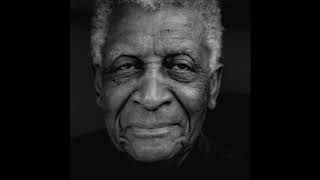 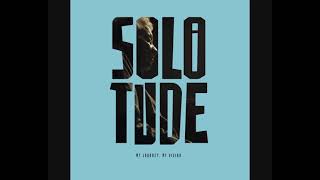 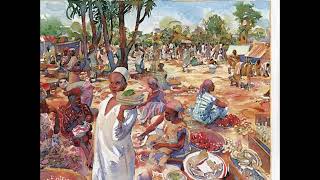 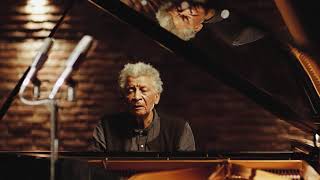 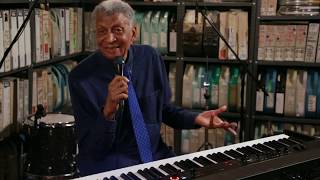