Close
Lennie Hayton
from New York, NY
January 1, 1907 - April 24, 1971 (age 64)
Biography
Lennie Hayton's career can be easily divided into two. Early on he was a jazz-oriented pianist and arranger involved in classic jazz dates of the late 1920's. By the mid-1940's he was primarily an arranger for orchestras and quite busy as a studio musician. Hayton excelled during both parts of his musical life.

He began playing piano when he was six. One of his first professional jobs was working with Spencer Clark in the Little Ramblers in 1926. He spent 1927 with the Cass Hagen Orchestra and then was with Paul Whiteman during Sept. 1928 until May 1930. During this period of time, Hayton appeared on a variety of major jazz records with such players as Bix Beiderbecke, Frankie Trumbauer, Eddie Lang, Joe Venuti, Red Nichols and Miff Mole. In the 1930's he moved away from jazz, leading his own orchestra and working as musical director for Bing Crosby for a period. In later years, Lennie Hayton wrote soundtracks for MGM (1941-53) and was the musical director for his wife Lena Horne. He recorded two numbers as a leader in 1928 and eight selections with his shortlived big band in 1939. ~ Scott Yanow, Rovi 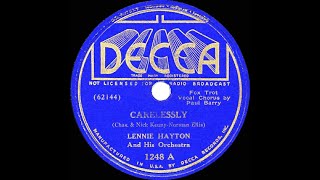 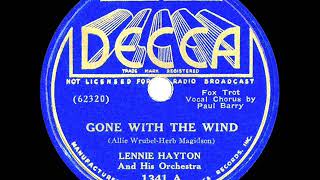 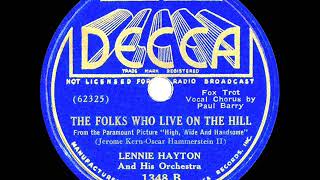 1937 Lennie Hayton - The Folks Who Live On The Hill (Paul Barry, vocal) 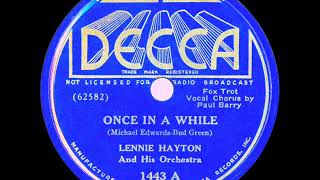 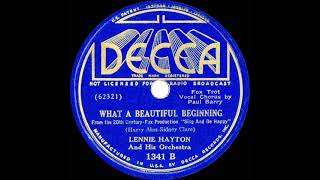 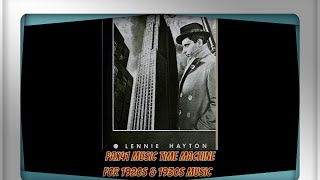 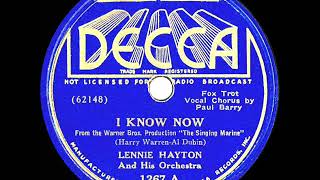