Close
Jan Lisiecki
from Calgary, Alberta, Canada
March 23, 1995 (age 27)
Biography
One might call Jan Lisiecki a true prodigy on the piano if he didn't dislike the label (he feels it diminishes the importance of hard work in his early success). At age 15, he was already earning praise for the maturity of his interpretations, and he released the first of an impressive series of recordings on the prestigious Deutsche Grammophon label.

Lisiecki was born on March 23, 1995, in Calgary, Alberta, Canada. He is of Polish-Canadian background, and his rise to fame has involved events in both countries. Lisiecki was raised bilingually. He began taking piano lessons at age five and made his debut as a concerto soloist just four years later. Unusually, his family was not musical; teachers recognized his talent and encouraged his parents to develop it. At 12, Lisiecki made his debut at the Chopin and His Europe Festival, quickly becoming an annual attraction. Lisiecki skipped four grades at Calgary's Western Canada High School and won a full scholarship to the Glenn Gould School of Music in Toronto. His teacher there was Marc Durand. Another mentor was pianist Howard Shelley, who heard Lisiecki at a festival in Manchester, England, and conducted the Sinfonia Varsovia Orchestra with him as soloist in Chopin's piano concertos in 2008 and 2009. A four-concert gig substituting for Nelson Freire in France raised his profile in that country. Another fortunate substitute date -- this one for Martha Argerich -- propelled him to a high-profile appearance at the BBC Proms in 2013 and to concerto-soloist slots with major ensembles, including the Philadelphia Orchestra and the NHK Symphony Orchestra in Tokyo. Lisiecki made his Carnegie Hall debut in 2016, with a solid career already under his belt. In 2020, he expanded into new realms by backing baritone Matthias Goerne in recital and on recordings in lieder by Beethoven.

These accomplishments, along with rather angelic youthful good looks, led to Lisiecki's signing to the Deutsche Grammophon label in 2010, at the extremely early age of 15. Lisiecki's interests have run to Chopin and Mozart, both composers who achieved major success during their teens, and his Deutsche Grammophon debut in 2011 featured a pair of Mozart concertos. It was followed by a recording of Chopin's etudes. Reviews for these albums went well beyond assertions that Lisiecki was promising and praised his music-making on its own terms. Recordings of works for piano and orchestra by Schumann and Chopin followed, in 2016 and 2017, respectively, and a live cycle of Beethoven's piano concertos with the Academy of St. Martin in the Fields, on which Lisiecki substituted for an ailing Murray Perahia, appeared in 2019. Lisiecki released an album featuring Chopin's complete nocturnes on Deutsche Grammophon in 2021. ~ James Manheim, Rovi 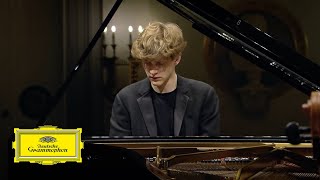 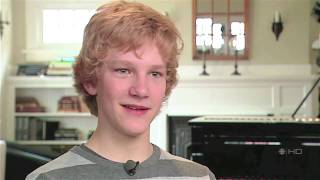 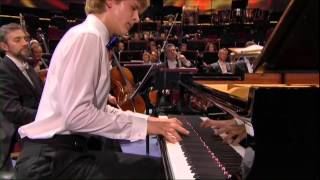 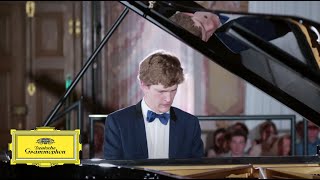 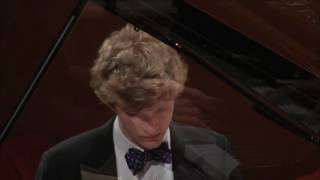