Close
Vangelis
from Agria, Greece
March 29, 1943 - May 17, 2022 (age 79)
Biography
Greek composer Vangelis was one of the most influential figures in the history of electronic music and as a composer of film scores. His popular work utilized synthesizers in an orchestral manner, featuring romantic melodies and lush arrangements. However, his oeuvre encompassed many genres, from progressive rock and jazz improvisation to choral and symphonic music. He first found success as a member of Aphrodite's Child, a psychedelic/progressive rock band active during the late '60s and early '70s who scored several European hits in addition to releasing the well-regarded full-length 666 in 1972. Vangelis also issued numerous soundtracks and solo albums, ranging from the atmospheric folk-rock of 1973's Earth to the challenging avant-garde electronics of 1978's Beaubourg. He achieved international mainstream success for his triumphant theme music to the 1981 film Chariots of Fire and several collaborations with former Yes vocalist Jon Anderson as Jon Vangelis. However, his groundbreaking score/soundtrack to director Ridley Scott's 1982 dystopian science fiction classic Blade Runner remains his most acclaimed work. Vangelis continued releasing music throughout the '80s, including the minimalist electronic work Invisible Connections (1985) and albums closer to synth pop, such as 1988's Direct. He achieved further international success with his score for the 1992 film 1492: Conquest of Paradise. Vangelis issued the choral symphony Mythodea in 2001, used by NASA as theme music for the Mars Odyssey mission that year. He later composed music for the 2012 stage adaptation of Chariots of Fire, and resumed releasing studio albums with 2016's Rosetta. 2021's Juno to Jupiter was inspired by NASA's Juno space probe mission.

Evángelos Odysséas Papathanassíou was born in 1943. He began playing piano and other instruments as early as age three but never learned to read or write music. As a youth, he became interested in jazz and, later, rock & roll. He formed a pop/rock band called the Forminx in the early '60s. The Athens-based group performed covers as well as originals, achieving success in their home country before disbanding in 1966. During this time, Vangelis also composed his first film scores, starting with My Brother, the Traffic Policeman in 1963. After the Forminx broke up, Vangelis formed a psychedelic pop band with singer Demis Roussos and drummer Lucas Sideras. The group attempted to relocate to London but weren't allowed to enter the country, so they ended up settling in Paris, where they signed to Mercury Records as Aphrodite's Child. Their first single, the Pachelbel-inspired "Rain and Tears," became a major hit throughout Europe in 1968, eventually selling over one million copies. Their debut album, End of the World, appeared by the end of the year and garnered comparisons to the Moody Blues and Procol Harum.

The second album from Aphrodite's Child, It's Five O'Clock, followed at the end of 1969, but Vangelis refrained from touring with the band. He remained in Paris and worked on his first major film project, scoring the music for Henry Chapier's film Sex Power. Also during 1970, he recorded the music for the wildlife-themed television documentary L'Apocalypse des Animaux, which was released as a soundtrack album three years later. Aphrodite's Child began recording their third album, a musical adaptation of the Book of Revelation titled 666, in late 1970. Conceptualized by Vangelis, the album was much more ambitious and progressive than the group's previous works. The remainder of the band were more interested in continuing in a pop direction, and by the time the record finally appeared in 1972, they had already broken up. Nevertheless, 666 became on early progressive rock classic and is regarded as one of rock's first concept albums.

In 1972, Vangelis released Fais Que Ton Rêve Soit Plus Long Que la Nuit, an experimental sound collage album combining choral vocals, field recordings, and news snippets, themed around the 1968 student riots in France that had kept Aphrodite's Child partially grounded in Paris. Only issued in France and Greece, the album was followed by the more widely available Earth (1973), regarded as Vangelis' first official solo album. Featuring input from some of his former bandmates in Aphrodite's Child, the album mixes lush acoustic instrumentation and vocals with keyboards, yet sounds less electronic than much of his later work. Following the album's release, Vangelis was asked to join Yes as their keyboard player, due to the departure of Rick Wakeman. After a few weeks of rehearsals, he decided not to join the band, but he became friends with vocalist Jon Anderson, who then sang on Vangelis' next album, the 1975 epic Heaven and Hell. (The third movement from the album was popularized when it was featured in Carl Sagan's television documentary Cosmos: A Personal Voyage; additionally, Negativland used the piece "12 O'Clock" as the theme music for their long-running radio program Over the Edge.) Vangelis also scored the Mexican drama film Entends-Tu les Chiens Aboyer?; his soundtrack was later reissued as Ignacio.

By this time, Vangelis had moved to London, where he set up his own Nemo Studios and signed with RCA Records. His next studio album, Albedo 0.39, was a largely electronic work that revolved around the theme of astrophysics. Released in 1976, it became Vangelis' first Top 20-charting album in the U.K. It also contained the track "Pulstar," which has since regularly been used as theme music for television programs and has been covered by electronic dance artists such as the Italo-disco group Hipnosis. Vangelis' score to another wildlife documentary, La Fête Sauvage, was also released in 1976. Spiral, an arpeggio-heavy studio album inspired by ancient Tao philosophy, appeared in 1977. This was followed in 1978 by Beaubourg, a polarizing album of abstract, minimalist electronics that remains one of Vangelis' least accessible works. Also appearing in 1978 were Hypothesis and The Dragon, two albums of improvised jazz-rock recorded during jam sessions in 1971 while Vangelis was still a member of Aphrodite's Child. Unsanctioned by the artist, he later won a court case against the label that released the albums, and they were taken off the market.

Following the end of his contract with RCA Records, Vangelis signed to Polydor and released China, inspired by the culture and music of the nation, in 1979. Also that year, Vangelis and singer Irene Papas collaborated on an album of traditional Greek folk songs titled Odes, and the composer's soundtrack to another nature documentary, Opéra Sauvage, was released, eventually becoming one of his biggest-selling albums in the United States. He began the 1980s with See You Later, an experimental synth pop album with a bleak, somewhat sardonic dystopian theme. Also in 1980, Vangelis and Jon Anderson (by then a frequent collaborator) released their first album as Jon Vangelis, Short Stories. While moderately popular, the 1981 follow-up, The Friends of Mr. Cairo, was a bigger hit, partially due to the success of the singles "I'll Find My Way Home" and "State of Independence."

1981 also brought Vangelis' most successful work, the score to Chariots of Fire, a British drama based on the 1924 Olympics. The album held the number one position on the Billboard 200 for four weeks and sold three million copies within a year, going on to win the Academy Award for Best Original Music Score. Additionally, the opening title theme became a chart-topping hit and remains Vangelis' signature tune. The following year, he composed the music for Ridley Scott's film Blade Runner, a loose adaptation of Do Androids Dream of Electric Sheep? by Philip K. Dick. Perfectly capturing the rain-soaked atmosphere of the film, Vangelis' score became as much of a cult favorite as the film itself. However, while nominated for a BAFTA and a Golden Globe, the film's score wasn't officially released for over a decade. Jon Vangelis' third album, Private Collection, appeared in 1983. Vangelis continued releasing heavily electronic-based solo albums and soundtracks, with the score to the Japanese film Antarctica appearing in 1983, followed by the lush, nature-themed studio album Soil Festivities in 1984. The more symphonic Mask as well as the minimalist Invisible Connections both appeared in 1985. Rapsodies, a second set of Greek folk songs with Irene Papas, followed in 1986.

Relocating from London to Athens, Vangelis released Direct, one of his most accessible albums in several years, in 1988. This was followed by 1990's The City, which was partially recorded in a hotel room in Rome while Vangelis was attending a screening of Roman Polanski's film Bitter Moon. Page of Life, a final collaboration with Jon Anderson, appeared in 1991, five years after the songs were recorded. Vangelis returned to scoring films with 1492: Conquest of Paradise, a recount of Christopher Columbus' voyage directed by Ridley Scott. The ambitious score received critical acclaim, including a Golden Globe nomination, but it wasn't a commercial success until 1995, when its usage by athletes and political parties propelled it onto the charts in Europe. It eventually sold over four million copies. Following the delayed official release of Vangelis' Blade Runner score in 1994, the composer issued the downtempo electronic album Voices, which featured guest vocalists Stina Nordenstam and Paul Young, in 1995. This was followed by the aquatic-themed Oceanic in 1996. A Separate Affair, a recording of a 1981 session with Spanish electronic artist Neuronium, was also released in 1996. El Greco, a neo-classical album featuring soprano Montserrat Caballé and tenor Konstantinos Paliatsaras, appeared in 1998. The album was an expanded version of Foros Timis Ston Greco, a limited release that was only available at the National Art Gallery and Alexandros Soutzos Museum in Athens three years earlier.

In 2001, Vangelis performed the choral symphony Mythodea (previously performed in 1993 as Mythodia) in Athens, along with the London Metropolitan Orchestra, the chorus of the Greek National Opera, and sopranos Jessye Norman and Kathleen Battle. The work was used as the official music for the Mars Odyssey spacecraft mission, and a studio recording was released by Sony Classical as Mythodea: Music for the NASA Mission - 2001 Mars Odyssey. Three years later, Vangelis composed the score of Alexander, Oliver Stone's cinematic portrayal of the life of Alexander the Great. In 2007, Vangelis released Blade Runner Trilogy: 25th Anniversary, a triple-CD containing the film's original score, a disc of previously unreleased material recorded for the film, and a disc of newly written pieces inspired by it. At the end of the year, he issued El Greco [Original Motion Picture Soundtrack], his music for the film by Yannis Smaragdis and an entirely different work than his earlier studio album about the Renaissance painter. Chariots of Fire was adapted for the stage in 2012, and Vangelis' updated version of his iconic score was released as Chariots of Fire: Music from the Stage Show (his first album to be released by Decca). He then composed music for the 2014 Algerian drama film Twilight of Shadows. Also in 2014, Vangelis wrote three short pieces for the Rosetta space mission. This formed the basis of his 2016 studio album Rosetta. In 2018, he composed music for theoretical physicist and cosmologist Stephen Hawking's memorial, and a limited CD single titled "The Stephen Hawking Tribute" was distributed. Nocturne, an album of revisited older pieces along with newer compositions played on a grand piano, was issued in early 2019.

Vangelis' 2021 album Juno to Jupiter was inspired by NASA's groundbreaking mission by the Juno space probe and its exploration of Jupiter. The multi-dimensional musical journey featured the voice of opera superstar Angela Gheorghiu, and included sounds from Earth's Juno launch event, from the probe and its surroundings, and from Jupiter to Earth, 365 million miles away. Vangelis died at a French hospital on May 17, 2022 at the age of 79. ~ Paul Simpson, Rovi 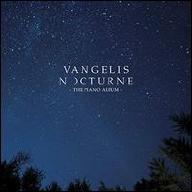 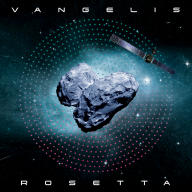 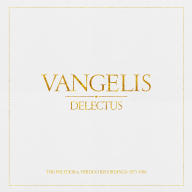 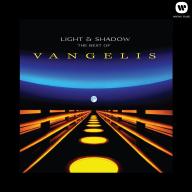 Light and Shadow: The Best of Vangelis
2013 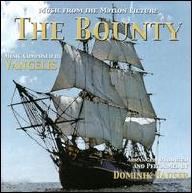 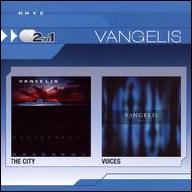 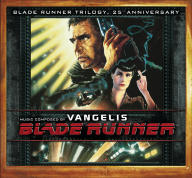 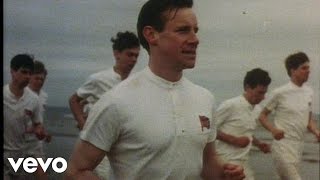 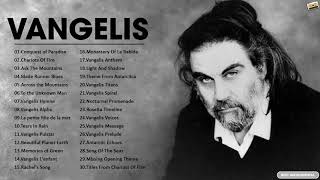 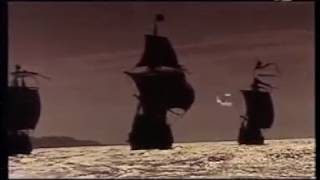 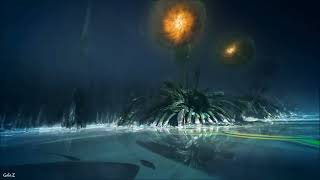 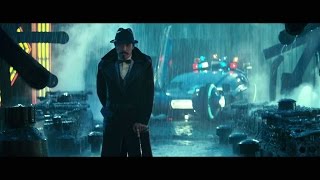 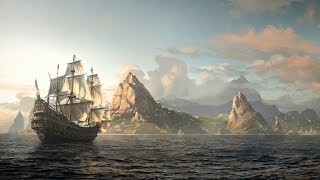