Close
Paul Young
from Luton, Bedfordshire, England
January 17, 1956 (age 66)
Biography
One of the great British blue-eyed soul singers of his era, Paul Young came to fame during the heyday of new wave and MTV and sustained his career in the decades that followed by returning to his R&B roots. His expansive taste and keen ear for songwriting is evident in his pair of number one hits: a moody, mournful version of Marvin Gaye's "Wherever I Lay My Hat (That's My Home)" that topped the U.K. charts in 1983 and a pleading cover of Daryl Hall John Oates' "Everytime You Go Away" that reached the pole position in America in 1985. Young refashioned these songs as new wave soul, his smooth, honeyed rasp grounding stylish arrangements where Pino Palladino's elastic fretless bass snaked its way through synths. During the mid-'80s, this vibrant sound was part of the New Music zeitgeist, turning Young into a transatlantic star. His fame started in his native England with his 1983 debut No Parlez and its 1985 successor, The Secret of Association, both reaching number one on the U.K. charts; between the two albums, his star shone so brightly that Bob Geldof chose him to sing the opening verse of Band Aid's 1984 holiday single "Do They Know It's Christmas." In the U.S., he cracked the Top 40 with 1983's "Come Back and Stay," but The Secret of Association became his biggest record there, thanks to "Everytime You Go Away." As the '80s gave way to the '90s, Young still visited the upper reaches of the charts, landing a number eight American hit in 1990 with a version of the Chi-Lites' "Oh Girl" and going to number four in the U.K. with "Senza Una Donna (Without a Woman)," a collaboration with Zucchero, in 1991. During the course of the '90s, Young gradually moved into the realm of adult-oriented pop music, a shift that allowed him to draw upon his soulful roots for records like 2016's Good Thing while taking the occasional stylistic detour, such as his 2006 album Rock Swings, where he covered classic rock songs in a big-band fashion. His firm standing as a soul singer also gave him the freedom to moonlight with Los Pacaminos, a Tex-Mex roots rock band he formed in 1993 and kept active through the decades.

Paul Young was born in Luton, north of London, in Bedfordshire, on January 17, 1956. He started his music career playing bass and guitar in several local bands, gradually working his way up to lead singer posts. Young first made a splash as frontman of new wavers the Streetband, who scored a national U.K. hit with 1978's "Toast." When they disbanded in 1979, Young and several bandmates quickly regrouped as the Q-Tips, a retro-minded soul outfit with a jones for classic Motown. With a self-titled album on Chrysalis and a relentless touring schedule, the Q-Tips generated significant interest in Young's solo potential, and in 1982 he signed with CBS, hastening the Q-Tips' breakup.

Young forged a songwriting partnership with Q-Tips keyboardist Ian Kewley, who also joined Young's new backing band, the Royal Family (complete with a subset of female backup singers dubbed the Fabulous Wealthy Tarts). His debut solo single, "Iron Out the Rough Spots," was released in late 1982, and was followed by a cover of Nicky Thomas' reggae-pop hit "Love of the Common People." Neither single did particularly well on the charts, but his version of the lesser-known Marvin Gaye number "Wherever I Lay My Hat (That's My Home)" was a roaring success, topping the U.K. charts and pushing his debut album, No Parlez, to the same position later that year. No Parlez gave Young his first Top 40 hit in the U.S. with the Jack Lee-penned "Come Back and Stay" (a U.K. Top Ten), and also drew attention with its left-field cover of Joy Division's "Love Will Tear Us Apart." Young mounted an international tour in support of the album, which sold several million copies worldwide.

Young's first major appearance in 1984 was his contribution to the Band Aid "Do They Know It's Christmas?" single. Shortly afterward, he returned to the U.K. Top Ten with a version of Ann Peebles' "I'm Gonna Tear Your Playhouse Down." The latter appeared on his sophomore album, The Secret of Association, released in 1985. That year, Young scored the biggest hit of his career with "Every Time You Go Away," a previously obscure Hall Oates album track from 1980. "Every Time You Go Away" topped the pop charts in both the U.K. and U.S., ending up as far and away his biggest success in the latter. Young followed it with another U.K. Top Ten hit in the original "Everything Must Change," and watched The Secret of Association become his second U.K. chart-topping album.

Young concentrated mostly on original material (co-written with Kewley) on his third album, 1986's Between Two Fires. A slicker, less soul-flavored outing, Between Two Fires sold respectably to Young's U.K. fan base, with "Wonderland" reaching the Top 30. He returned in 1990 with Other Voices, an album that featured his reading of the Chi-Lites' classic "Oh Girl," his only other U.S. Top Ten. He returned to the U.K. Top Five in 1991 with "Senza una Donna (Without a Woman)," a duet with Italian pop singer Zucchero that appeared on Young's hits comp From Time to Time: The Singles Collection. In 1992, Young's version of Jimmy Ruffin's "What Becomes of the Brokenhearted" rose from the Fried Green Tomatoes soundtrack to top the U.S. adult contemporary charts, even though it missed the pop Top 20.

Released in 1993, The Crossing was his final album for Columbia, spawning the U.K. single "Now I Know What Made Otis Blue." In late 1994, Young issued an album of soul covers called Reflections on the smaller Vision Music label. He spent the middle part of the decade performing solo and with Los Pacaminos, the roots rock band he formed in 1992. Eventually, Young signed with East/West, for whom he released an eponymously titled album in 1997. Displaying a stronger country influence, the record generated the U.K. Top 40 hit "I Wish You Love." In 1999 he mounted a small-venue tour of the U.K. that earned him solid reviews. Los Pacaminos then issued their self-titled debut album in 2002.

From this point on, Young divided his musical time between Los Pacaminos and his solo work, touring regularly and recording intermittently with both. Some of his time was occupied by non-musical pursuits, including appearances on the U.K. version of Celebrity MasterChef and Hell's Kitchen, televised opportunities to demonstrate his cooking skills. His first appearance on television arrived in September 2006 when he had a role on Celebrity MasterChef that coincided with the release of Rock Swings: On the Wild Side of Swing, a record where he reinterpreted rock songs in a big-band style. He continued to appear on TV and tour, but during this period his most noteworthy recording arrived in 2010 with "Come Back," a single by Chicane that interpolated Young's 1983 hit "Come Back and Stay." His next recording was A Fistful of Statins, the 2014 album by Los Pacaminos. Two years later, he returned to solo work with Good Thing, a 2016 album that returned him to soul. ~ Steve Huey, Rovi 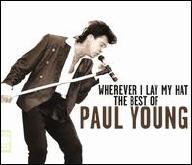 Wherever I lay My Hat: The Best of Paul Young
2017 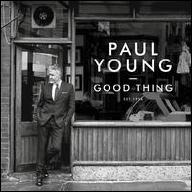 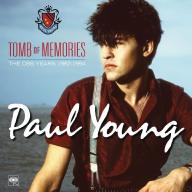 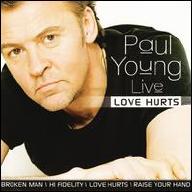 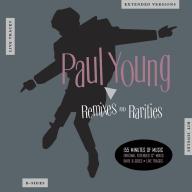 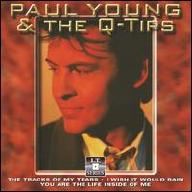 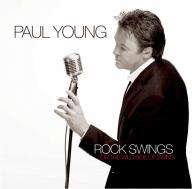 Rock Swings [On The Wild Side Of Swing]
2006
Videos
Close 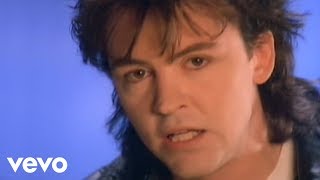 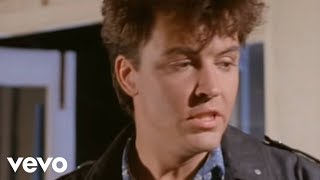 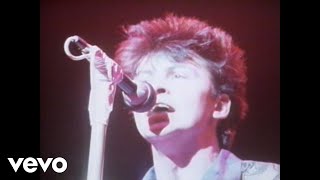 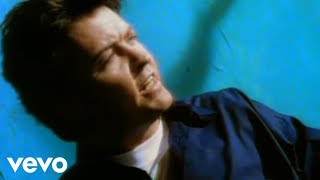 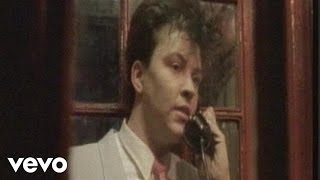 Paul Young - Wherever I Lay My Hat (That's My Home) 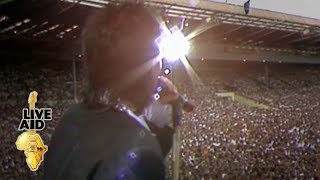 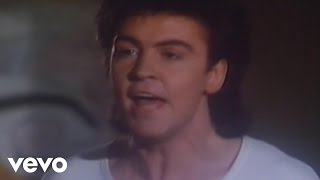