Close
Yes
from London, England
formed January 1, 1968 (age 54)
Biography
Yes didn't invent progressive rock, but they helped bring it to mainstream audiences, steering the development and definition of the genre. Once their classic lineup of Jon Anderson, Chris Squire, Steve Howe, Rick Wakeman, and Bill Bruford locked into place for 1971's Fragile, the band crystallized all of the sonic and visual signifiers that eventually became synonymous with prog rock. Yes shifted between complicated time signatures, spliced pastoral folk, and Baroque classical in their muscular rock & roll, structured their songs as mini-suites, and wrapped the entire package in fantastical artwork by Roger Dean. This early incarnation of Yes didn't last long, and once the band regrouped in the late '70s, they embraced the steely, shiny sounds of album-oriented rock. They soared through the MTV era on the strength of their 1983 album 90125 and its dazzling, Trevor Horn-produced hit "Owner of a Lonely Heart," the band's first American number one hit. Yes' fame had diminished somewhat by the end of the '80s, but the band remained active throughout the next decade and beyond, albeit amid multiple line-up changes and hiatuses. They maintained a loyal fan base through touring and the sporadic release of new albums, continuing to explore on releases like 2014's Heaven Earth and 2021's The Quest.

The members of Yes had deep roots in the British beat scene of the '60s. Jon Anderson played in the Warriors, who cut a 45 for Decca in 1964, before playing with Gun in 1967, and he had a pair of solo singles to his name on Parlophone. Anderson met bassist Chris Squire, formerly of the prog outfit Syn, and they hit it off, forming a band shortly afterward. The duo harbored an affection for pop harmony along with a predilection for progressive rock, and that was the operating principle behind the nascent Yes. In short order, Anderson and Squire recruited a roster of like-minded musicians: keyboardist Tony Kaye, drummer Bill Bruford, and Squire's Syn-mate, guitarist Peter Banks.

Yes landed their first gig in October of 1968, when they played London's Speakeasy Club. The next month, they scored the opening spot for Cream's farewell concert at the Royal Albert Hall, a plum spot that led to a residency at the Marquee Club and an appearance on John Peel's Top Gear radio show. The band released their first single, "Sweetness," in 1969, followed by an eponymous full-length debut in November of that year. These early recordings found Yes operating in a psychedelic-tinged pop vein, but pop success wasn't forthcoming, at least at this stage.

During the recording of their second album, Banks left the group and was replaced by Steve Howe, formerly of Tomorrow, who recorded the quintessential British psych single "My White Bicycle." Howe may appear on the cover of 1970's Time and a Word, but the record featured Banks. Howe didn't make his recording debut with the band until The Yes Album, a 1971 LP that found the group hitting their stride. Expanding their horizons by playing with folk, space rock, and pop, Yes unveiled several of their signature anthems on The Yes Album, including "Starship Trooper," the album rock staple "All Good People," and "Your Move," which cracked the Billboard Top 40.

With The Yes Album performing well on both sides of the Atlantic, Yes toured heavily, and began work on a fourth album. Kaye quit the band in August 1971 to join Peter Banks in Flash, so Yes hired Rick Wakeman, a keyboardist who'd previously played with the Strawbs. Wakeman's majestic, nearly Baroque stylings -- created with a bank of nearly a dozen instruments -- combined with Howe's intricate guitar, the supple rhythm section of Squire and Bruford, and the keening vocals of Anderson gave Yes a unique sound, while album designer Roger Dean gave the band a distinctive, fantastical look. This combination was unveiled on Fragile, an album that featured showcases for each of the musicians along with two of their signatures: the epic "Long Distance Runaround" and "Roundabout," which went all the way to number 13 on Billboard. This same lineup quickly released a cover of Simon Garfunkel's "America" as a single -- it peaked at 46 -- but their primary interest was thematically linked albums, such as the 1972 record Close to the Edge, which contained two lengthy suites. The album was a smash in both the U.S. and the U.K., reaching number three and number four, respectively.

Bruford left Yes after Close to the Edge, replaced by Alan White, who'd previously drummed with John Lennon & the Plastic Ono Band. White made his recording debut on 1973's Yessongs, a double-live album that also featured recordings with Bruford; it peaked at seven in the U.K. and 12 in the U.S. Shortly after Yessongs, Yes released their magnum opus, Tales from Topographic Oceans, in late 1973. A double-LP containing a mere four songs, Tales from Topographic Oceans sold well at the time, but it proved divisive, often held up as the peak of prog-rock excesses. One of its detractors was Wakeman, who decided to leave the group after the album's supporting tour. The band's new keyboardist, Patrick Moraz, appeared on Relayer, which charted well upon its November 1974 release, but the band quickly took a break to pursue other projects.

The mid-'70s were awash with Yes product. In addition to solo albums from Squire, Howe, White, Anderson, and Moraz, Atlantic released a compilation called Yesterdays in March 1975, and the concert film of Yessongs had a theatrical release. Yes regrouped at the end of 1976, swapping out Moraz for a returning Wakeman. This revived lineup released Going for the One, a sleek and succinct album, in August 1977; the album featured the hit singles "Wonderous Stories" and "Going for the One." A year later, the group released Tormato -- it reached the Top Ten in both the U.K. and the U.S. -- then went into hiatus as the individual members pursued solo projects. Of these, Jon Anderson's pairing with keyboardist Vangelis was the most successful, resulting in the British Top Ten single "I Hear You."

Yes attempted to start a new album in March 1980, but Wakeman and Anderson quickly left the sessions. As their replacements, Howe, Squire, and White hired Trevor Horn and Geoffrey Downes -- the heart of the new wave group the Buggles, whose "Video Killed the Radio Star" was the first video played on MTV. The resulting Drama performed respectably, reaching number two in the U.K. and 18 in the U.S. Atlantic rushed out Yesshows, a double-live album culled from recordings from the mid-'70s, in January 1981, but a few months later Yes announced their breakup. Howe and Downes formed Asia with John Wetton and Carl Palmer, scoring a major hit in 1982 with their eponymous debut.

Squire and White formed a new band called Cinema in 1982, inviting original Yes keyboardist Tony Kaye and guitarist Trevor Rabin to join. Cinema didn't get off the ground until Squire asked Anderson to join, but once the vocalist was in place, the band became Yes. Horn rejoined to produce this new version of Yes, which wound up with the biggest hit the group ever had with the brash, modernist "Owner of a Lonely Heart." A hit on pop radio and MTV, "Owner of a Lonely Heart" topped the Billboard charts, and its accompanying album, 90125, had two other big mainstream rock hits in "Leave It" and "It Can Happen."

Despite the massive success of 90125, Yes had difficulty delivering a sequel in a timely fashion. Big Generator contained production by Horn, but he left during the sessions. The album performed respectably, reaching 15 in the U.S. and 17 in the U.K., but it generated no hit singles. Around the release of Big Generator, the Yes camp became embroiled in legal battles over the group's name. During this time, Anderson, Bruford, Wakeman, and Howe reunited, releasing an album under this name in 1989. The quartet continued to tour with "An Evening of Yes Music" through 1990, and not long afterward, the lawsuit was settled in their favor, paving the way for a monumental Yes reunion in 1991. Comprising Anderson, Bruford, Wakeman, Howe, Squire, Kaye, White, and Rabin, this new version of Yes released a new album, Union, and the retrospective box set Yesyears in 1991, accompanied by a supporting tour.

Through the '90s and 2000s, the Yes lineup was fluid, with members playing in different contexts either on their own or under the group umbrella. The 1994 album Talk featured Anderson, White, Kaye, Squire, and Trevor Rabin. A year later, Anderson, Howe, Squire, Wakeman, and White -- the lineup that constituted Yes in the mid-'70s -- reunited for a tour, which resulted in a pair of new albums called Keys to Ascension, which augmented live material with studio recordings. Wakeman left during the recording of new material, leaving Billy Sherwood -- a guitarist who joined the band early in the '90s -- as the keyboardist. Sherwood was featured heavily on 1997's Open Your Eyes, an album which originally began life under the Conspiracy moniker, his band featuring Squire. Keyboardist Igor Khoroshev joined for 1999's The Ladder.

Sherwood left in 2000, followed by Khoroshev, by which time Howe was touring regularly with Yes. Magnification, a 2001 album, found the group recording with an orchestra. Wakeman came back aboard in 2002 for a tour and stayed through their 35th anniversary tour in the mid-2000s. A second box set, In a Word, arrived in 2002, with the live box The Word Is Live arriving in 2005.

Howe, Squire, Downes, and White recorded the Trevor Horn-produced Fly from Here, which appeared in 2011; it featured Benoit David, a singer who came to prominence in a Yes tribute band, as lead vocalist. David was quickly replaced by Jon Davison, who stayed with the band through the mid-2010s, appearing on 2014's Heaven Earth, which was produced by Roy Thomas Baker.

Squire died of leukemia in June of 2015, but the band carried on, as per his request. They toured in 2016, playing half of Tales from Topographic Oceans and all of Drama; the accompanying 2017 live album was appropriately called Topographic Drama: Live Across America. A 50th anniversary tour was undertaken in 2018 and was commemorated with the 2019 release 50 Live. Mini-album From a Page was released in October of 2019, comprised of outtakes recorded during the Fly from Here sessions but left off that album. The next two years saw tour plans stifled by the Covid-19 pandemic, and the band worked toward recording a new album, The Quest. The band's 22nd studio album and first with no original members, was released in October of 2021. Longtime drummer Alan White died in Seattle, Washington on May 26, 2022 after a brief illness; he was 72 years of age. ~ Stephen Thomas Erlewine, Rovi 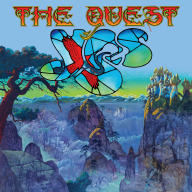 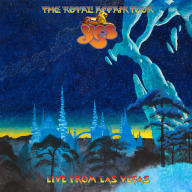 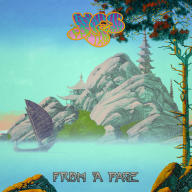 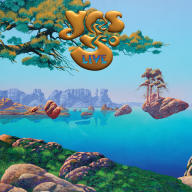 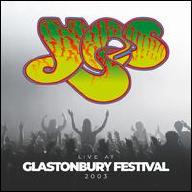 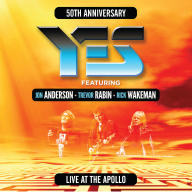 Live At The Apollo
2018
Videos
Close 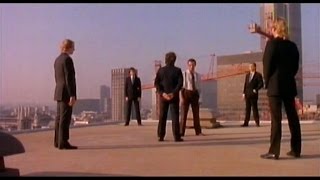 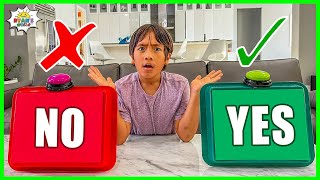 Yes or No Challenge!! 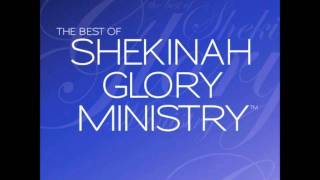 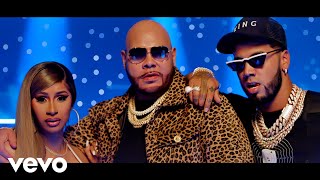 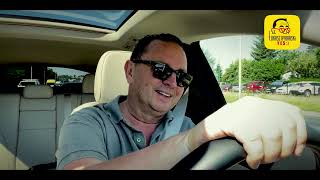 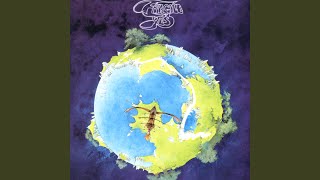 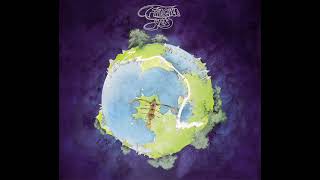