Close
The Refreshments
from Tempe, AZ
formed January 1, 1993 - January 1, 1998 (age 5)
Biography
Although the Gin Blossoms were Tempe, AZ's most recognizable band in the post-grunge era, the Refreshments were perhaps the town's hometown favorite. Their alternative pop/rock sound owed much to the band's Southwestern surroundings, whose influence played a big role on the band's sophomore effort, The Bottle Fresh Horses, and later came to fruition with the spin-off Americana outfit Roger Clyne the Peacemakers. Oddly enough, the very elements that endeared the Refreshments to their hometown audience -- the quartet's localized sound, Arizona-centric lyrics, and occasional mariachi horn section -- prevented their music from finding a national market, with Banditos serving as the band's only modern rock hit. The fledgling Mercury Records sacked the group after their second album failed to provide another single along the lines of Banditos, and the Refreshments called it quits the following year (Mercury would also fold in 1998, having been absorbed into the Island Def Jam Music Group). Nevertheless, the Refreshments' legacy lives on in the Southwest, where the aforementioned Roger Clyne the Peacemakers have since emerged as one of the area's biggest draws.

The Refreshments' roots date back to 1993, when Arizona State grads Roger Clyne (vocals, guitar), Brian David Blush (guitar), Arthur Buddy Edwards (bass), and Dustin Denham (drummer) first convened for a night of drinking and card playing. A musical partnership formed and was soon completed by P.H. Naffah, Denham's replacement, whose association with Clyne would later extend into the Peacemakers. The band issued a self-released debut, Wheelie, in 1994, with an EP titled Lo, Our Much Praised Yet Not Altogether Satisfactory Lady following shortly thereafter. Both releases proved to be incredibly popular locally, with the original 2,000 pressings of Wheelie selling out quickly. Mercury Records took note, signed the band in 1995, and releasing the band's major-label debut, Fizzy Fuzzy Big Buzzy, one year later. Propelled by the hit single Banditos, whose lyrics spun the tale of a Mexican crime caper, the album enjoyed moderate success. The Refreshments' good luck continued into 1997, when an instrumental composition (which the band had previously performed during soundchecks) was chosen as the iconic TV theme song for King of the Hill.

The band's mature follow-up, The Bottle Fresh Horses, was also released in 1997, but it failed to gain much traction outside of local Arizona radio. The Refreshments subsequently lost their contract with Mercury, and the group disbanded in 1998. Buddy Edwards refashioned himself as a fiction writer, and Blush found work as a guitarist for several local bands. Clyne and Naffah continued to explore the intersection of traditional Southwestern music and rock & roll with Roger Clyne the Peacemakers, an Arizona supergroup whose shifting lineup featured members of the Gin Blossoms, Dead Hot Workshop, and Gloritone. ~ Andrew Leahey, Rovi 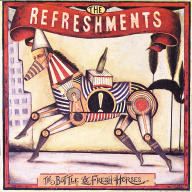 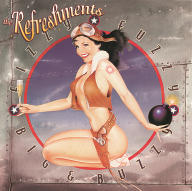 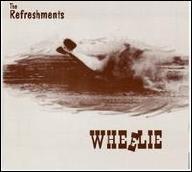 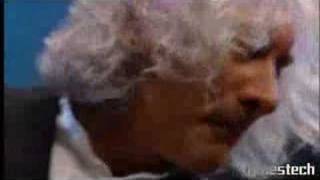 The Refreshments - Let It Rock 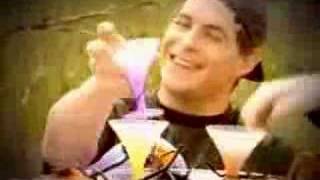 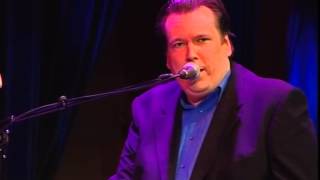 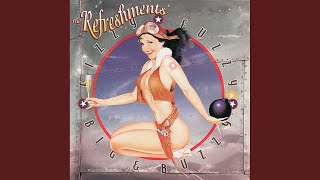 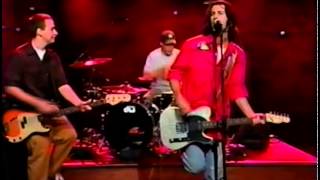 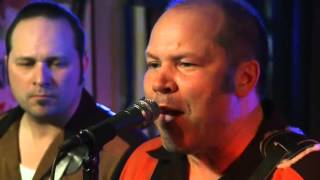 Refrehments Live at The Central Cafe 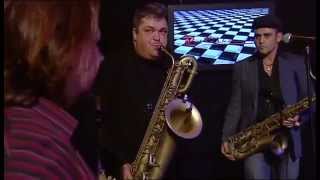