Close
King Khan
from Montreal, Canada
January 24, 1977 (age 45)
Biography
Brewing up a heady mixture of high-spirited rhythm & blues, real-gone psychedelia, and middle-finger-flipping garage rock, King Khan has earned an international reputation as one of the wildest showman in underground rock. First making his name in the insouciant garage punk band the Spaceshits, Khan enjoyed a productive collaboration with Mark Sultan (aka BBQ) on scrappy but passionate efforts like 2006's What's for Dinner? and 2015's Bad News Boys. With his group the Shrines, he delivered a more ambitious and full-bodied sound that suggested a crazed, internationalist R&B show band flying on spiked punch, documented on 2007's What Is?! His solo debut, 2017's Murderburgers, showed that he knew how to play tighter and leaner music without sapping his energy or sense of fun.

Born and raised in the suburbs of Montreal to a family of Indian émigrés, Arish Ahmad Khan first made a splash on the Canadian music scene in 1996 when he joined the frantic garage-punk outfit the Spaceshits, where he played bass under the name Blacksnake. The Spaceshits released three albums and a handful of 7"s, but after nearly four years with the group, Khan opted to strike out on his own, relocating to Germany following a tour of Europe. Adopting the new stage name King Khan, he began assembling a solo act while also recording and touring with former Spaceshits vocalist Mark Sultan (aka Bridge Mixture and BBQ), cutting a pair of albums as the King Khan BBQ Show. King Khan His Sensational Shrines (the "Sensational" part tends to come and go at will) made their recorded debut on a split single with Reverend Beat-Man the Nonbelievers in 2001, followed by the EP Spread Your Love Like Peanut Butter and the album Three Hairs and You're Mine.

King Khan's band grew all the while and took on a number of remarkable personalities, including Ron Streeter, a percussionist who spent years touring with Curtis Mayfield and Stevie Wonder; Ben Ra, a German sax player who worships at the altar of John Coltrane and Sun Ra; Freddy Rococo, a French organ player who previously led a one-man band in drag; and Bamboorella, the Shrines' full-time go-go dancer. After cutting a split LP with the Dirtbombs, Billiards at Nine Thirty, Khan and the Shrines released their second full-length album, 2004's Mr. Supernatural, which was followed by lots of international touring and a third full-length, What Is?!, in 2007. In 2008, Vice Records signed King Khan the Shrines to an American record contract, and sealed the deal by releasing The Supreme Genius of King Khan the Shrines, a collection of Khan's best material to date, dominated by tracks from Mr. Supernatural and What Is?!

It would be several years before Khan returned with the Shrines, issuing the more psychedelically tinged Idle No More in 2013 on Merge Records. In 2015 Khan teamed up with BBQ for another duo album, Bad News Boys, and in 2017 he participated in an unusual project, composing new music to accompany recordings of William S. Burroughs reading excerpts from his novel Naked Lunch. The Burroughs album was released under the title Let Me Hang You on Khan's own label, Khannibalism Records. Murderburgers, which Khan described as his first solo album, was released in 2017; for the sessions, Khan was backed by the band the Gris Gris, with group leader Greg Ashley producing. Enjoying the decadent after-hours pleasures of life in France and Germany inspired 2018's Turkey Ride, which was credited to the King Khan Experience. Khan took a detour into jazz-inspired music on 2020's The Infinite Ones, which included appearances by longtime Sun Ra sidemen Marshall Allen and Knoel Scott, as well as John Convertino and Martin Wenk of Calexico. ~ Mark Deming, Rovi 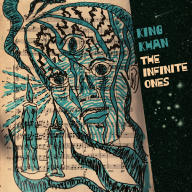 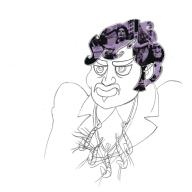 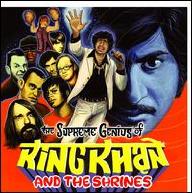 The Supreme Genius of King Khan and The Shrines
2008 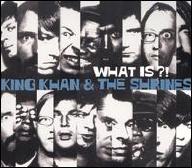 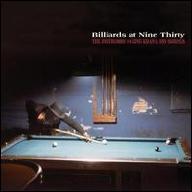 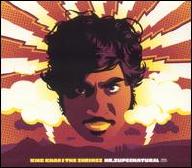 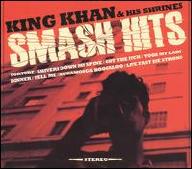 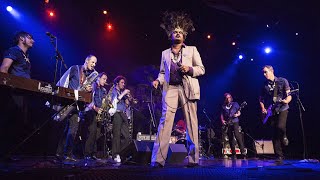 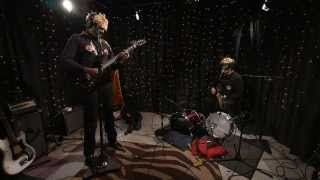 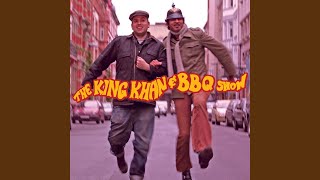 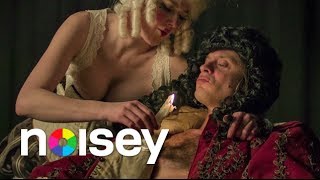 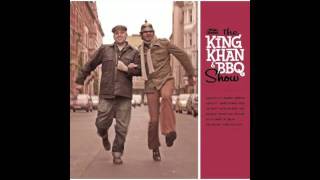 The King Khan and BBQ Show - Love You So 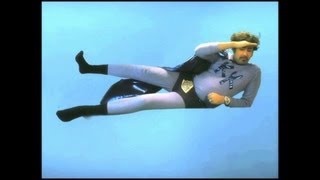 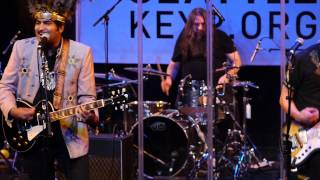