Close
Kirk Whalum
from Memphis, TN
July 11, 1958 (age 63)
Biography
Memphis-born saxophonist Kirk Whalum has continually drawn inspiration from the rich musical traditions of that city, including gospel, R&B, blues, and jazz. Whalum, who has drawn comparisons to artists like John Coltrane and Grover Washington, Jr., has gained acclaim for his cross-pollinated sound, topping the contemporary jazz chart with 1998's For You and winning the Grammy for Best Gospel Song for "It's What I Do" off 2011's The Gospel According to Jazz: Chapter III. He has also recorded with icons like Luther Vandross, Al Green, and Whitney Houston (playing on her classic "I Will Always Love You" off The Bodyguard soundtrack). Along with working as a member of the smooth jazz trio BWB, he has remained connected to the R&B world, covering the songs of artists like Babyface, Donny Hathaway, Stevie Wonder, and others. He celebrated his love of gospel with 2017's #Lovecovers and collaborated with an international cadre of performers, including Keiko Matsui and Marcus Miller on 2019's Humanité. In 2021, he released his second holiday album, How Does Christmas Sound?.

Born in 1958 in Memphis, Whalum grew up singing in the choir at Olivet Baptist Church, where his father, Kenneth Whalum, Sr., was a pastor. Influenced by his musical family, including his grandmother, a piano teacher, and two jazz musician uncles, Whalum started playing the drums before switching to saxophone. Along with playing in church, he was a member of his school concert and marching bands, and listened to a steady mix of Stax soul, gospel, and jazz LPs. He received a scholarship to attend music school at Houston's Texas Southern University, where he formed a band in 1979 and began playing shows on the local club circuit. When he opened for Bob James in Houston in 1984, the pianist was impressed with Whalum's expressive style, and invited him to play on his album 12.

Whalum soon signed with Columbia and released his first solo album, Floppy Disk, in 1985. That album (as well as the next two, 1988's And You Know That! and 1989's The Promise) was produced by James, continuing the musicians' fruitful partnership. The early '90s saw Whalum release two more albums on the Columbia label -- Caché in 1993 and In This Life in 1995 -- each of them earning the saxophonist increased commercial attention and critical praise. Later, a duet with James titled "Joined at the Hip" took Whalum's career to a new level, as the song garnered Whalum his first Grammy nomination.

In 1997, Whalum signed with Warner Bros. His first solo album on Warner's tab, Colors, was released that same year, and perhaps more than any other album, showed Whalum's ability to synthesize music from a variety of sources to produce a fusion of pop, jazz, and R&B. The following year, Gospel According to Jazz exhibited his ability to return to the music of his childhood stylistically, while also pursuing the kind of spiritual depth that has a long history in jazz, echoing artists like John Coltrane in taking advantage of the saxophone's unique expressive qualities.

The decade also brought Whalum an amazingly diverse series of session and touring jobs, working with artists like Luther Vandross, Al Green, Peabo Bryson, Babyface, Yolanda Adams, Take 6, Bebe Cece Winans, Barbra Streisand, Edwin Hawkins, Quincy Jones, and Kevin Mahogany. In addition to his solo albums, Whalum worked on a number of film scores, including those for The Prince of Tides, Boyz 'n the Hood, Grand Canyon, and Cousins. His sax solo was featured on Whitney Houston's wildly popular single "I Will Always Love You," on the soundtrack for The Bodyguard.

The fan base that Whalum had been building throughout the '80s and '90s exploded with his 1998 release, For You, which spent nearly two years at the top of the Billboard Contemporary Jazz Chart and yielded four Top Ten NAC hits. His self-produced album, 2000's Hymns in the Garden, made a much quieter impact but was critically acclaimed, earning Whalum a second Grammy nomination. Also in 2000, Whalum recorded again for Warner Bros. and released Unconditional, his third album for the label. Unconditional returned him to the contemporary jazz style that had marked his early releases, with a few unexpected covers, including versions of Macy Gray's "I Try" and *NSYNC's "God Must Have Spent a Little More Time on You." "Can't Stop the Rain," a song written and sung by Shai, is the only other song on the album not composed by Whalum.

Whalum delivered his second volume of gospel songs, The Gospel According to Jazz: Chapter 2 in 2002, and Kirk Whalum Performs the Babyface Songbook, released on Rendezvous Music in 2005. He also formed the BWB trio with trumpeter Rick Braun and guitarist Norman Brown, debuting the group with Groovin'. In 2008, Whalum released Promises Made, a benefit album for the Millennium Project dedicated to the relief of hunger, disease prevention, and economic development in Africa. Two years later, he issued The Gospel According to Jazz: Chapter III, which featured appearances by George Duke, Lalah Hathaway, Bishop T.D. Jakes, and Kevin Whalum, among others. Included on the album was the song "It's What I Do," which won the Grammy Award for Best Gospel Song. Also in 2010, the saxophonist was made President and CEO of the Stax Museum of American Soul Music and in August, released Everything Is Everything: The Music of Donny Hathaway.

Whalum returned in 2012 with Romance Language, a sophisticated production inspired by the classic 1963 Impulse! LP John Coltrane Johnny Hartman. Featured on the album were vocals by the saxophonist's brother, Kevin Whalum. The following year, he rejoined BWB for Human Nature. The Gospel According to Jazz: Chapter 4, appeared in 2015, followed a year later by a self-titled BWB album. In 2017, Whalum delivered the gospel-themed #Lovecovers, which featured reworkings of songs by such gospel legends as Donnie McClurkin and the Clark Sisters, as well as covers of hits by Beyoncé, Dolly Parton, Stevie Wonder, and others.

For 2019's Humanité, Whalum pursued a global approach, recording with British producer James McMillan in a variety of locales from Jakarta and Tokyo to Paris, Johannesburg, Nairobi, and elsewhere. Included on the album are collaborations with pianist Keiko Matsui, Indonesian singer Grace Sahertian, South African vocalist Zahara, bassist Marcus Miller, and others. His second holiday-themed collection, How Does Christmas Sound?, arrived in 2021. ~ Stacia Proefrock, Rovi 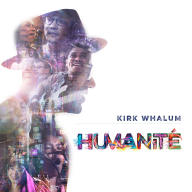 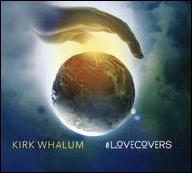 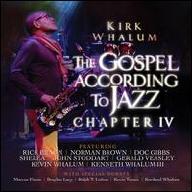 The Gospel According to Jazz, Chapter 4
2015 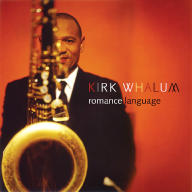 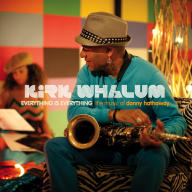 Everything Is Everything: The Music of Donny Hathaway
2010 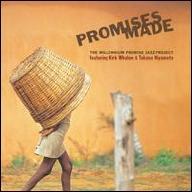 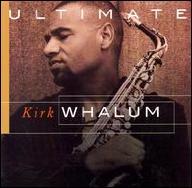 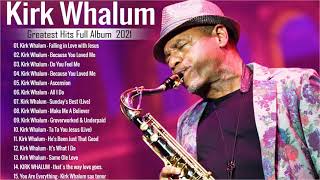 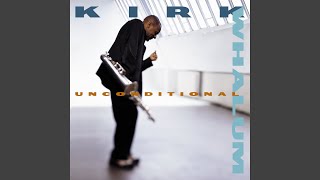 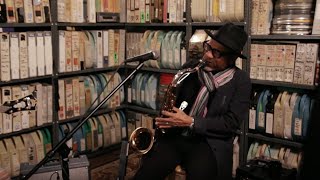 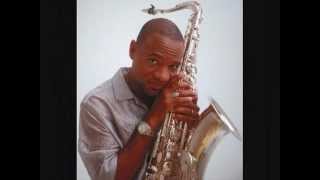 Kirk Whalum - Do You Feel Me 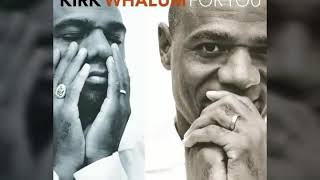 Kirk Whalum - For You 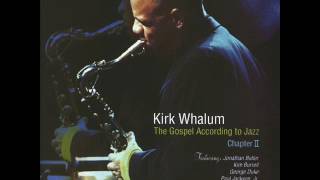 Kirk Whalum - The Gospel According to Jazz: Chapter II (Album) 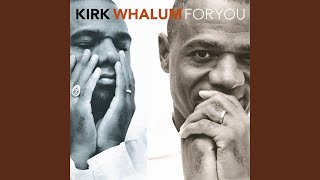