Close
Milton Brown
from Stephenville, TX
September 8, 1903 - April 13, 1936 (age 32)
Biography
One of the fathers of Western swing, Milton Brown was a vocalist and bandleader who was one of the first to fuse country, jazz, and pop together into a unique, distinctly American hybrid. Along with Bob Wills -- who he performed with at the beginning of his career -- Brown developed the sound and style of Western swing in the early '30s and for a while he and his band, the Musical Brownies, were just as popular as Bob Wills His Texas Playboys. Tragically, Brown's career was cut short in 1936 when he died after a car accident, just as he was poised to break into national stardom.

Born in Stephensville, TX, in 1903, Milton Brown moved to Fort Worth, TX, in 1918. After graduating from high school in 1925, he worked as a cigar salesman, but he lost his job when the Great Depression hit in the late '20s. Brown began his musical career in 1930, when he happened to meet Bob Wills at a local Fort Worth dance. The Wills Fiddle Band was performing at the dance and Brown joined the group on a chorus of St. Louis Blues. Wills was impressed with Brown's voice and immediately asked him and his guitarist brother, Derwood, to join the band.

The Wills Fiddle Band played medicine shows around Texas and landed a regular radio spot on WBAP, where they played a show sponsored by the Aladdin Lamp Company, which had the band change its name to the Aladdin Laddies. In early 1931, the group was hired by the Light Crust Flour Company -- which was run by Burrus Mill and Elevator Company -- to appear daily on radio station KFJZ. The company, which was managed by W. Lee O'Daniel (who also hosted the radio shows) had the group rename itself as the Light Crust Doughboys.

The Light Crust Doughboys were an instant success, and soon O'Daniel moved them to another radio station, then syndicated the program statewide. The Doughboys were playing cowboy songs, jazz, blues, and popular songs -- a repertoire so diverse that the band's audience continued to expand. In February of 1932, they recorded a single for Victor under the name the Fort Worth Doughboys.

The band was playing dance music and wanted to play at dances, but O'Daniel was reluctant to let the group play outside of its radio shows. He also was hesitant to pay them much money, which greatly angered Milton Brown. In September of 1932, Brown left the band after he had an argument about money with O'Daniel.

Almost immediately, Milton Brown His Musical Brownies were a huge success. The group had a regular spot on radio station KTAT and drew large crowds at Texas dances. The band recorded eight songs for Bluebird in April of 1934, and another ten for the label in August of that year.

Toward the end of 1934, the Brownies added electric steel guitarist Bob Dunn -- the first musician to play an electric instrument in country music. In January of 1935, the band signed with Decca Records and recorded 36 songs for the label. Released as singles over the course of 1935, the songs helped establish the band as the most popular Western swing band in Texas. In March of 1936, the Brownies traveled to New Orleans to record its second set of sessions for Decca. By this time, fiddler Brower had been replaced by Cliff Bruner. At these sessions, the Brownies cut about 50 songs, which were issued throughout 1936 and 1937.

In April of 1936, Brown had a major car accident. Although he wasn't killed on impact, he died from pneumonia five days after the crash. Following Milton's death, Durwood Brown kept the Musical Brownies together for two years, recording a dozen sides for Decca in 1937. At the time of his death, Milton Brown rivaled Bob Wills in popularity. Although he never became as famous as Wills, he was equally important in the development of Western swing -- without him, the genre as it is now known wouldn't exist. ~ Stephen Thomas Erlewine, Rovi 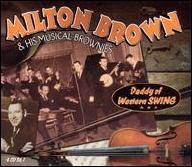 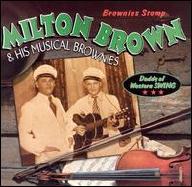 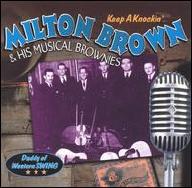 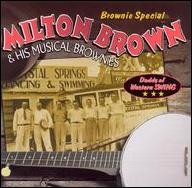 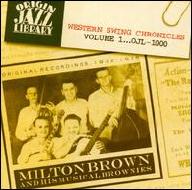 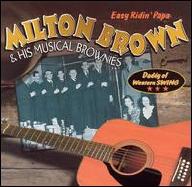 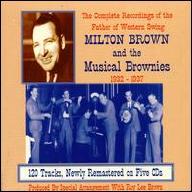 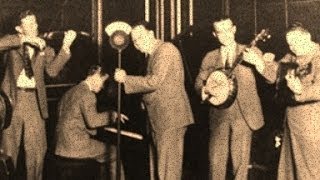 Milton Brown & His Musical Brownies 'There'll Be Some Changes Made' 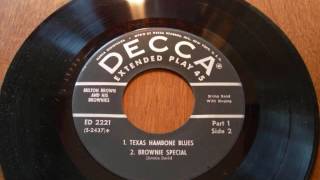 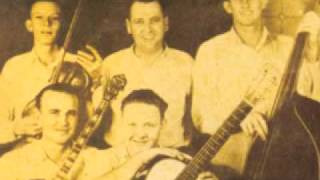 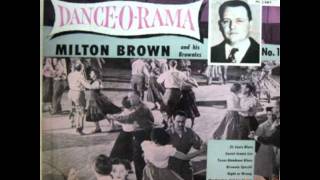 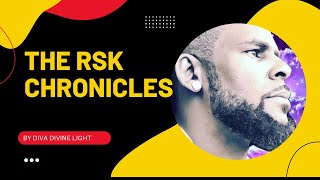 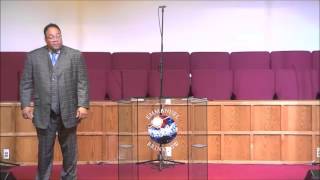