Close
Minnesota Orchestra
from Minneapolis, MN
formed January 1, 1903 (age 119)
Biography
The Minnesota Orchestra, one of the leading American orchestras, has often been referred to as the "orchestra on wheels" because of its extensive touring. Its music directors and guest conductors include several very prominent names, and it has been featured on broadcasts and recordings dating back to 1923.

The Minnesota Orchestra was known as the Minneapolis Symphony Orchestra throughout much of its existence. The Minnesota Orchestra, like so many others, has its roots in local amateur choral and instrumental ensembles. Emil Oberhoffer, director of the Philharmonic Club ensemble, sought the funds to found a permanent orchestra. With a group of the Danz Orchestra to form the core of the orchestra, his efforts came to fruition with the inaugural performance of the 60-member Minneapolis Symphony Orchestra on November 5, 1903. Its first tour occurred in the spring of 1907, and since then, the orchestra has toured throughout the Americas, Europe, Asia, and South Africa. When not on tour, the orchestra's home was at the Minneapolis Auditorium until 1930, when it moved to the Northrop Auditorium at the University of Minnesota. The orchestra's current home, Orchestra Hall, was constructed on the site of the original Minneapolis Auditorium and opened in 1974.

Oberhoffer directed the orchestra until 1922. Upon Oberhoffer's retirement, Henri Verbrugghen was selected to lead the orchestra. Under his direction, the orchestra performed its first radio broadcast in 1923 and made its first recordings. Along with expanding its classical repertoire, he introduced new music by the avant-garde composers of the time: Schoenberg, Stravinsky, and Honegger. Verbrugghen's successor was Eugene Ormandy. His talent and drive, which earned him acclaim as a "young genius," likened to Toscanini and Stokowski, is credited with seeing the orchestra successfully through America's great depression. Ormandy left in 1936 and was replaced by Dmitri Mitropoulos. Under Mitropoulos, the orchestra furthered its exploration of progressive music, particularly that of Schoenberg, Berg, and Krenek, while also featuring such Romantics as Schumann and Mendelssohn. Mitropoulos left the orchestra in 1949 and was replaced by Antal Dorati. During his 11 years with the orchestra, Dorati programmed performances with local choruses, directed its first television appearances, and in 1957, led the orchestra on a world tour to Europe, the Middle East, and India, sponsored by the State Department.

Stanislaw Skrowaczewski assumed the role of director when Dorati left in 1960. Under Skrowaczewski, the orchestra expanded both its membership and its season, performing 50 weeks a year. In 1968, the Minneapolis Symphony Orchestra became the Minnesota Orchestra. Skrowaczewski presided over numerous special events, including the 1965 concert at the United Nations on Human Rights Day and Stravinsky's guest appearance in 1966. The orchestra was rewarded twice with the ASCAP award for its programming of contemporary music. Neville Marriner became the director in 1979, leading the orchestra through extensive recordings and, in 1980, began national weekly radio broadcasts. He turned the directorship over to Edo de Waart in 1986, who, in turn, relinquished the role to Eiji Oue in 1995. Osmo Vänskä was named the music director in 2003.

The Minnesota Orchestra's earliest recordings were on the Brunswick label, and it has since recorded for Mercury, Vox, and BIS, among others. The orchestra won a 2003 Grammy Award for its Reference Recordings album Casa Guidi, under Oue. It won another Grammy Award in 2014 for a recording of Sibelius' first and fourth symphonies, under Vänskä, on BIS. In 2020, Vänskä led the orchestra on a BIS recording of Mahler's fourth symphony, featuring soprano Carolyn Sampson. ~ Bruce Lundgren & Keith Finke, Rovi 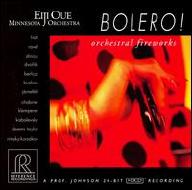 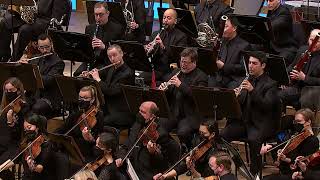 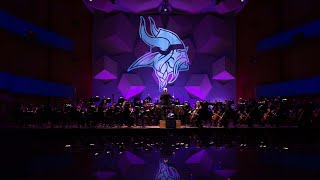 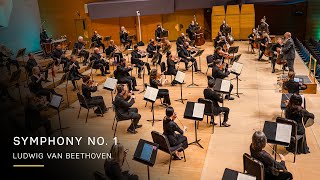 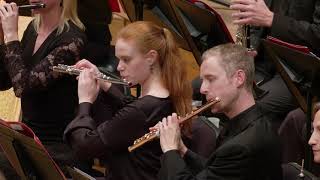 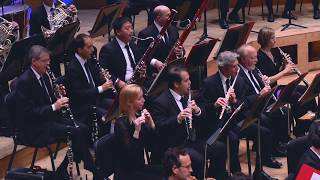 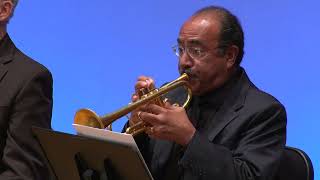 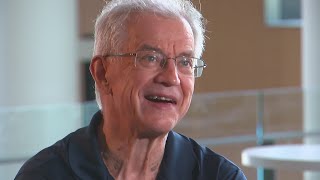