Close
David Friesen
from Tacoma, WA
May 6, 1942 (age 80)
Biography
A technically adept, immensely intuitive bassist and pianist, David Friesen is a spiritually minded performer whose music touches upon contemporary jazz, folk, world traditions, and acoustic post-bop. A regular presence in the Pacific Northwest since his emergence in the late '60s, Friesen initially garnered acclaim for a series of textural and earthy albums recorded with guitarist John Stowell in the '70s, and has paired for equally compelling dates with such luminaries as Chick Corea, Joe Henderson, Mal Waldron, Denny Zeitlin, and others. He remains an intensely exploratory artist, flowing from trio albums like 2016's Triple Exposure, to duo albums like 2017's Bactrian, and intimate solo performances as on 2018's My Faith, My Life.

Born in Tacoma, Washington in 1942, Friesen grew up in Seattle, where he started out on accordion and ukulele around age ten. By his teens he had picked up the guitar and first became interested in jazz after seeing Slim Gaillard perform in a local club. However, it wasn't until after high school, while in the Army, that he began playing the bass. Stationed first in Paris, and then in Copenhagen, Friesen improved quickly and soon found gigs with such luminaries as Johnny Griffin, Art Taylor, Dick Berk, George Arvanitas, and others. Upon returning to the States in 1964, he continued his jazz pursuits, jamming with the likes of Randy Brecker, Larry Coryell, and Pacific Northwest legend pianist/vibraphonist/vocalist Elmer Gill. Settling in Portland in the early '70s, Friesen opened his own coffeehouse and began playing regularly. He soon garnered the attention of an even wider jazz world and found himself sharing the stage with Joe Henderson, Billy Harper, Stan Getz, Sam Rivers, Dexter Gordon, Mose Allison, and others. He also spent several years in trumpeter Ted Curson's group, with whom he appeared at the 1977 Monterey Jazz Festival.

As a leader, Friesen debuted with 1975's Color Pool on Muse, featuring Jerry Heldman on bamboo flute and David Coleman, Jr. on drums. An atmospheric album rife with world music overtones, double-tracked bass parts, and meditative passages, it set the tone for much of the bassist's later albums. He then paired with guitarist John Stowell for a series of well-regarded albums for Inner City, including 1976's Star Dance, 1978's Waterfall Rainbow, and 1979's Other Mansions. These efforts showcased the duo's intricate mix of classical and folk-influenced jazz. Also during the '70s, he appeared on albums like Curson's Jubilant Power, Duke Jordan's Duke's Artistry, Steve Kindler's Across a Rainbow Sea, and others.

Over the next several decades, Friesen continued to explore his hypnotic, meditative style of jazz, delivering albums like 1980's Paths Beyond Tracing, 1983's Voices with Joe Henderson and Chick Corea, and 1985's Dedication with pianist Mal Waldron. His ruminative 1990 set, Departure, featured guest spots from Flora Purim and Airto Moreira. He then released a trio of more straight-ahead albums beginning with 1994's Two for the Show, which found him in duets with Denny Zeitlin, Michael Brecker, John Scofield, and others. He followed up with 1994's Three to Get Ready featuring Clark Terry and Bud Shank, and 1995's Four to Go, a quartet date with tenor saxophonist John Gross, flügelhorn player Gary Barone, and drummer Alan Jones. He then returned to a more spiritual, contemporary-leaning sound for 1997's Still Waters, 1998's Ancient Kings, and 1999's Castles and Flags, all on the Shamrock label.

In 2000, Friesen paired with guitarist Uwe Kropinski for Made in Berlin, followed a year later by With You in Mind with pianist Gary Versace. Another duo session, Grace with pianist Jeff Gardner, appeared in 2002. The bassist then split his time between trio dates like 2004's Midnight Mood: Live in Stockholm and 2006's Connection, with more sessions featuring Kropinski, including 2006's Made in Istanbul and 2008's Made with Friends. He then joined with pianist Greg Goebel and drummer Charlie Doggett for a handful of introspective albums, including 2012's Brilliant Heart, 2015's Bactrian, and 2016's Triple Exposure. In 2017 he delivered Structures on Origin Records. Also in 2017, he released a trio date, Another Time Another Place, with guitarist Dixon Nacey and drummer Reuben Bradley. The following year, he released an album of solo piano and bass performances, My Faith, My Life, before returning to his Circle 3 Trio for 2019's Interaction. ~ Matt Collar, Rovi 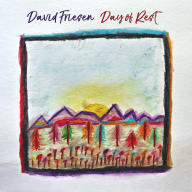 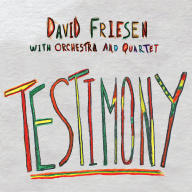 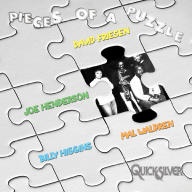 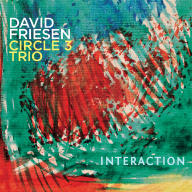 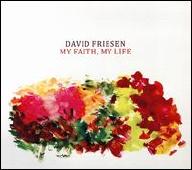 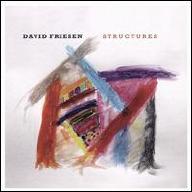 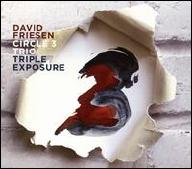 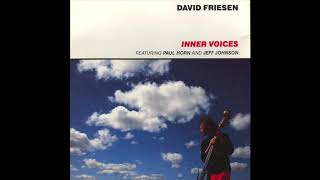 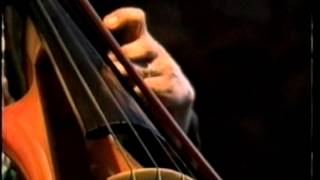 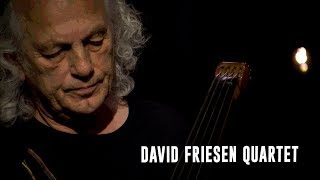 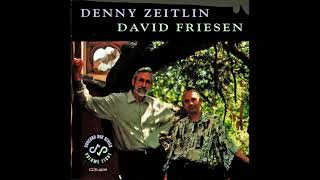 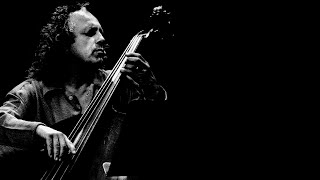 David Friesen - Maybe in the Spring 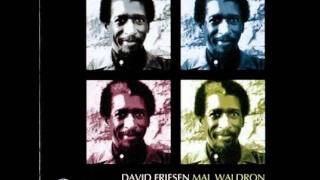 David Friesen with Mal Waldron - Round About Midnight 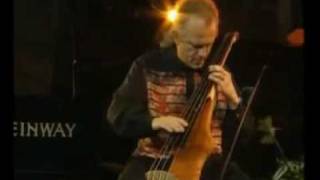