Close
Shafiq Husayn
from Cleveland, OH
January 1, 1968 (age 54)
Biography
Producer, multi-instrumentalist, and baritone rapper/singer Shafiq Husayn has contemporized and transmuted the funk of early-'70s Sly the Family Stone and Stevie Wonder, bossa nova, avant-garde jazz, and Afro-beat, among other inspirations, all through a cosmopolitan hip-hop filter. One of the few musicians with bicoastal roots in early hip-hop, he ran with two of the form's most powerful organizations, Uncle Jamm's Army and the Zulu Nation, before he initiated his production career with Ice-T, heard most prominently on the Top 20, gold-selling album O.G. Original Gangster (1991). The next decade, as one-third of Sa-Ra, Husayn made progressive material for dozens of artists including Jurassic 5, John Legend, and Erykah Badu, and with The Hollywood Recordings (2007) and Nuclear Evolution: The Age of Love (2009), he continued to advance R&B and rap well outside the tightening strictures of commercial channels. The same year that Sa-Ra issued their second album, Husayn released the equally remarkable solo set Shafiq En' A-Free-Ka. As his group wound down, he continued to record frequently with other artists like Bilal, Anderson .Paak, and also Robert Glasper Experiment, whose Black Radio (2012) won a Grammy for Best R&B Album. After an assortment of overtures amid more commissioned work, Husayn finally made his full solo return with the wide-scoped The Loop (2019).

Born in Cleveland, Ohio, Shafiq Husayn moved around during his upbringing due to his step-father's involvement in the military. When he was three years old, his family relocated to Los Angeles, but he also spent lasting formative time in the Bronx, enabling tight musical bonds to be made on opposing sides of the country. On the West Coast, he went to the arena parties thrown by Uncle Jamm's Army, where he linked up with Ice-T; while on the East Coast, he carried records for DJ Afrika Islam and became a member of Afrika Bambaataa's Zulu Nation. Husayn's recorded debut was made in 1990 as a member of Nile Kings, who released the hard-hitting "Dropping Bombs" 12" through Ice-T's Epic-distributed Rhyme Syndicate label. Although the group soon split, Husayn -- then known as SLJ, and eventually Slej tha Ruffedge -- firmly established his production career. During the next several years, he worked closely with Ice-T and Rhyme Syndicate affiliates such as Donald D and King Tee, as well as Lord Finesse. He co-produced a large portion of Ice-T's number 15 pop hit O.G. Original Gangster, including the title track, and was subsequently behind the sound effects on Ice's explicit protest song with Body Count, "Cop Killer."

Another major turning point for Husayn occurred while working at Ice-T's studio with the group Raw Breed. He produced the majority of the sessions, and was put in the path of Hollis, Queens native Om'Mas Keith, with whom he co-produced two tracks. The 1997 Warner Bros. release Blood, Sweat Tears consequently laid the foundation for Sa-Ra Creative Partners, or simply Sa-Ra, consisting of Husayn, Keith, and South L.A. dweller Taz Arnold. Together and separately throughout the 2000s, Sa-Ra developed and advanced a left-field alternative to commercial R&B and rap. They produced, remixed, and appeared on material by Jurassic 5, Pharoahe Monch, N.E.R.D., Platinum Pied Pipers, John Legend, and Erykah Badu, among many others. Their own material, highlighted by the single "Glorious" (2004) and the full-lengths The Hollywood Recordings (2007) and Nuclear Evolution: The Age of Love (2009), were likewise among the most progressive recordings of the decade. Only four months after the latter album was released, Husayn made his solo debut with Shafiq En' A-Free-Ka, featuring input from Keith and Sa-Ra associates such as Thundercat, Miguel Atwood-Ferguson, and a pre-fame Ty Dolla $ign.

The Loop, the follow-up to Shafiq En' A-Free-Ka, was soon in the works, but its finalization was prevented in part by other commitments. Bilal, the Gaslamp Killer, Blu, and Keith all issued projects during the early 2010s with help from Husayn. Additionally, Husayn co-wrote and voiced the introduction to Robert Glasper Experiment's Black Radio, winner of the 2012 Grammy award for Best R&B Album. As Husayn worked intermittently on his second album, Fresh Selects hosted Pre-Alignment, Vol. 1: Beatstrumentals and Dialog (A Prelude to the Loop). The free digital download contained appearances from Breezy Lovejoy (before he became known as Anderson .Paak), as well as rapper Krondon, who continued to work with Husayn as a duo. Under the name White Boiz, the two released Neighborhood Wonderful on Stones Throw in 2015. Additional previews of The Loop arrived on 12" in 2014 and 2016 through the Eglo label. By the end of 2018, Husayn had also recorded with The Blueprint with Blu and significantly lengthened his list of credits with artists such as Ty Dolla $ign, trumpeter Josef Leimberg, and drummer Chris Dave. In 2019, through Eglo in the U.K. and Nature Sounds in the U.S., Husayn released The Loop. Another uplifting family affair beaming with positivity, the album featured many of the same collaborators heard throughout Husayn's work, including Om'Mas Keith, Jimetta Rose, Bilal, Erykah Badu, Anderson .Paak, and Fatima. ~ Andy Kellman, Rovi 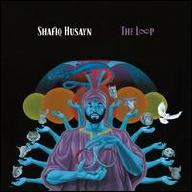 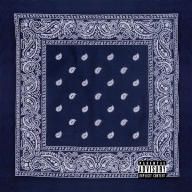 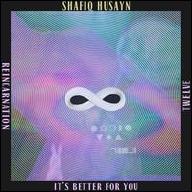 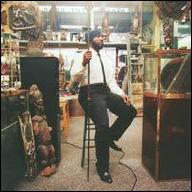 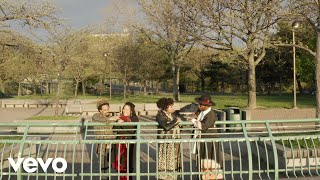 Shafiq Husayn - Between Us 2 ft. Bilal 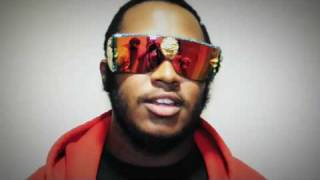 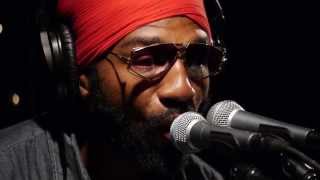 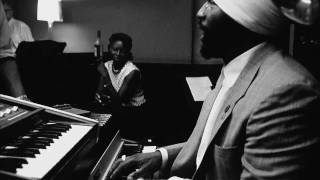 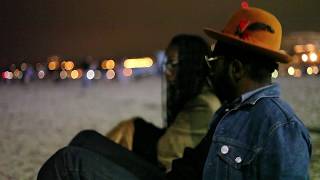 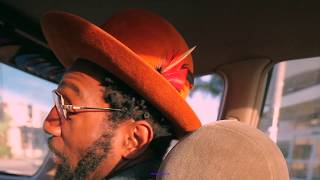 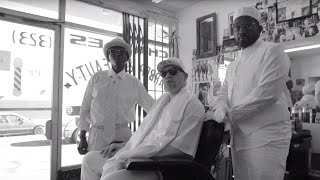