The son of famed film composer Maurice Jarre, Jean-Michel was born in 1948 in Lyon, France, and began studying piano at the age of five. Abandoning classical music as a youth, Jarre became enamored of jazz before forming a rock band called Mystère IV; in 1968, he became a pupil of the musique concrète pioneer Pierre Schaeffer, joining Groupe de Recherches Musicales. His early experiments in electro-acoustic music yielded the 1971 single "La Cage," and the full-length Deserted Palace followed a year later.

Jarre's early works were largely unsuccessful and gave little indication of his work to follow. As he struggled to find his own voice, he wrote for a variety of singers, including Françoise Hardy, and also composed for films. Seeking to push electronic music away from its minimalist foundations as well as the formal abstractions of its most experimental practitioners, he slowly developed the orchestrated melodicism of his 1977 breakthrough effort, Oxygène, an enormous commercial hit that reached the number two spot on the U.K. pop chart. The follow-up, 1978's Equinoxe, was also a smash, and a year later Jarre held the first in a series of massive open-air concerts at the Place de la Concorde in Paris, the estimated one million spectators on hand earning him a place in The Guinness Book of World Records.

Only in the wake of 1981's Les Chants Magnétiques ("Magnetic Fields") did Jarre mount a proper tour, traveling to China with a staggering amount of stage equipment in tow; the five shows, performed by some 35 traditional instrumentalists, later generated the double LP The Concerts in China. Released in 1983, Music for Supermarkets instantly became one of the most collectible albums in history -- recorded for an art exhibit, only one copy was ever pressed, selling at a charity auction for close to $10,000. The master was then incinerated, guaranteeing the record's rarity. Jarre's next proper release was 1984's Zoolook, which featured singing and speech in over two dozen languages.

A two-year hiatus followed before he resurfaced on April 5, 1986, with an extravagant live performance in Houston celebrating NASA's silver anniversary; in addition to the over one million in attendance, it was also broadcast on global television. Rendez-Vous appeared a few weeks later, and after another highly visual live date in Lyon, Jarre assembled the best material from the two events as the 1987 concert LP Cities in Concert: Houston/Lyon. Revolutions, featuring legendary Shadows guitarist Hank B. Marvin, followed in 1988, and a year later a third concert LP, dubbed simply Jarre Live, hit stores. After 1990's En Attendant Cousteau ("Waiting for Cousteau"), Jarre mounted another record-breaking live experience, with an attendance of over two-and-a-half million fans converging on Paris to see him perform in honor of Bastille Day.

The decade to follow proved surprisingly quiet, however, and apart from 1993's Chronologie and the occasional live appearance, Jarre largely removed himself from the limelight. Finally, in 1997 he issued Oxygène 7-13, returning to analog synths and updating his concepts for a new musical era. That year, he was invited to perform at Moscow State University for the city's 850th anniversary celebration. An estimated 3.5 million people attended, matching a record for biggest free outdoor concert set by Rod Stewart a few years earlier. A film of the event was later released on DVD as Oxygène Moscow.

At the turn of the millennium, he released Métamorphoses, a vocal-heavy album including guest appearances from Laurie Anderson and Natacha Atlas. A flurry of reissues and remixes followed, as well as releases such the informal jams of Sessions 2000 and the loungey Geometry of Love (2003). In 2007, Jarre released a trancey, angular album titled Téo and Téa. The collection Essentials Rarities appeared in 2011, a year that also saw him perform a three-hour, internationally broadcast concert in Monaco honoring the marriage of Prince Albert and Charlene Wittstock.

Jarre issued the albums Electronica, Vol. 1: The Time Machine and Electronica, Vol. 2: The Heart of Noise in 2015 and 2016, respectively, both of which featured numerous well-known guest musicians including John Carpenter, Vince Clarke, Cyndi Lauper, Pete Townshend, Armin van Buuren, and Hans Zimmer. Also in 2016, Jarre revisited his signature work yet again, with the release of Oxygène 3. All three Oxygène albums were also issued as Oxygène Trilogy. 2018 saw the release of Planet Jarre, a compilation album commemorating 50 years of material that also featured two new tracks -- "Herbalizer" and "Coachella Opening." (Jarre had performed the latter song during his set at California's Coachella Festival a few months earlier.) In November of that year, he released his 20th studio album, Equinoxe Infinity, which acted as a sequel to his 1978 LP Equinoxe.

In 2019, Jarre issued Eon, an endlessly generative audiovisual app akin to Brian Eno's Reflection, and a limited-edition companion album, Snapshots from Eon. Jarre saw in 2021 with a groundbreaking, hi-tech, livestreamed virtual New Year's concert from a virtual Notre Dame Cathedral, which was issued in album form as Welcome to the Other Side. That April, he released Amazônia, the soundtrack to a photographic exhibition documenting the Amazon rainforest by Sebastião Salgado, which combined orchestral and electronic sounds, field recordings, and ethnomusicological sources. ~ Jason Ankeny & Paul Simpson, Rovi 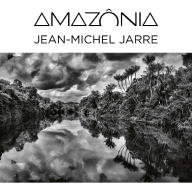 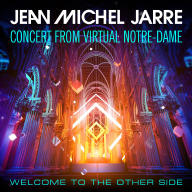 Welcome To The Other Side [Concert From Virtual Notre-Dame]
2020 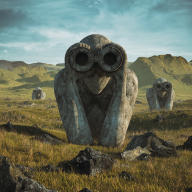 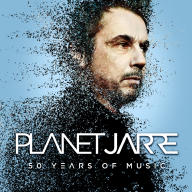 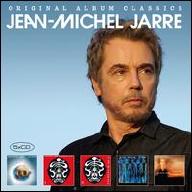 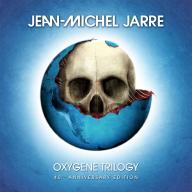 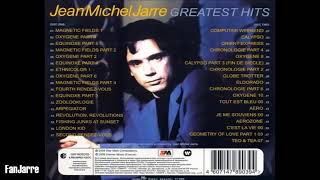 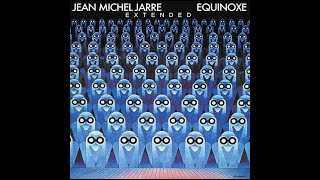 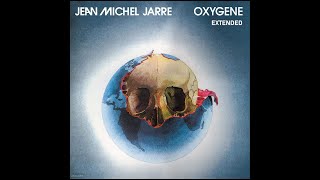 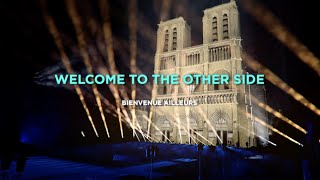 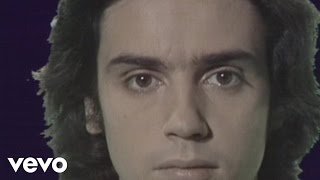 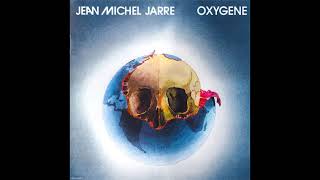 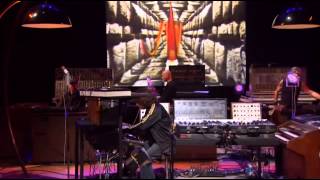