Close
Rafa Pabon
from San Juan, Puerto Rico
May 29, 1996 (age 25)
Biography
Rafa Pabón is a rapper, songwriter, producer, and activist from Puerto Rico. Since releasing his debut long-player Vida Respira in 2015, he has issued or appeared on more than 40 recordings and has graced dozens of videos. He co-wrote and appeared in collaboration with Dalex on "Pa Mi" in 2019; the single accumulated over a billion streams globally and placed inside the Top 40. Its remix video featured the pair as well as Cazzu, Feid, Khea, and Lenny Tavárez and accumulated more than 300 million views. Pabón's participation with Cauty on the remix for "Ta To Gucci" spent 16 weeks on terrestrial and digital charts. The reason? Pabón's smooth, accommodating, reedy flow and a hardcore commitment to musical diversity. Though his recordings have been deeply rooted in reggaeton and trap, he is committed to expanding the range and reach of 21st century urban music by melding it with other Latin genres including rhumba, salsa, and cumbia. For Pabón, digital mixing and editing only go so far, he has long used live instruments in the studio alongside the latest production techniques, which he has helped to develop. His merengue single "A' Guiro" was recorded using a completely live band in the studio.

Pabón was born in San Juan in 1996. His passion for music was ignited early. In seventh grade he was enrolled at one of the most prestigious music academies on the island, the Libre de Música of San Juan, learning percussion & trumpet classes. He continued his education at the Conservatorio de Música de Puerto Rico. While there, he studied salsa, bomba, bachata, and other tropical styles while being totally obsessed with popular styles such as reggaeton and hip-hop. In 2014 he formed a band called El Repique and signed to On the Mic Music. They issued the full-length Vida Respira in 2015 without advance singles (it has since been reissued as a remastered and expanded deluxe edition. That same year Pabón was featured in his very first collaboration, on Randy Nota Loka's (half of Jowell Randy) "Trepate en el Tubo" from the charting album Roses Wine. He also collaborated on two singles from the album Generations with rapper Wiso G: "No Me Compares" and "Almas Atrapadas."

Pabón spent most of 2016 learning studio craft and songwriting for other artists. He issued the single "Camina" with El Repique that wove together salsa and cumbia backed by a full band. That same year he collaborated with Mora on the track "Senorita" and in 2018 issued the single "Traqueteo" with El Repique, the first of a whopping 16 singles from Pabón that year. Some, including "Tarde" (feat. Rauw Alejandro), were collaborations. More popular records from the year included "Mi Jukie" featured Joyce Santana, Mora, and Brray, while the original version of "Pa Mi," with Dalex and Dimelo Flow established his first entries on the charts. The final single that year was the electronic dancefloor anthem "African Love" featuring SOG and DBwoy. In 2019, beginning with the soulful trap of "Llame Pa'Verte," (feat. Dimelo Flow, Dalex, DCA, and Barbara Doza), Pabón's songwriting contributions actually equaled the number of his recordings. "La Mentira" marked his first platinum record certification from the RIAA. The 2019 remix of "Pa Mi," went viral at streaming registering on the charts of seven countries. In all, he released (solo or in collaboration) 16 more singles that year. Among the most successful are the Latin Trap solo groover "Ya No," the remix of "La Mentira" featuring Myke Towers, Sech, Cazzu and Rauw Alejandro, the flamenco-influenced "Quisiera," "Complacerte" featuring Joyce Santana, and "A Tu Manera" featuring Chalko and Darkiel.

Pabón's releases in 2020 continued to showcase not only his prolific work ethic but his musical diversity. He co-wrote and was featured on the charting Alex Rose hit "Jangueo" while his own "Quisiera Remix," featuring Maikel Dela Calle and Justin Quiles, charted in the Top Ten in Puerto Rico. "Te Tocó Perder" (feat. Zion Lennox and Noriel became a club smash from Los Angeles to Tokyo, while the merengue anthem "A’ Güiro," has appeared on dozens of DJ playlists across the globe -- particularly in Mexico and Argentina. In response to the killing of unarmed citizen George Floyd by four Minneapolis police officers, Pabón issued the electro protest anthem "Sin Aire" in June as an act of solidarity with Floyd's family and the international demonstrations that followed in its wake. ~ Thom Jurek, Rovi 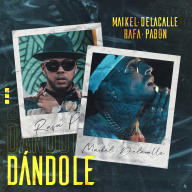 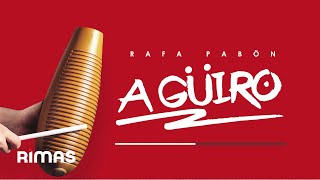 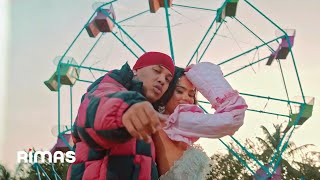 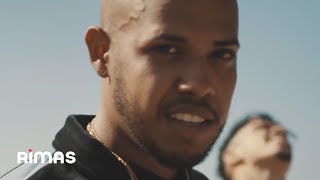 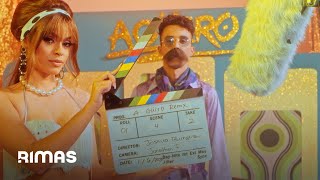 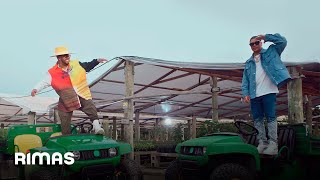 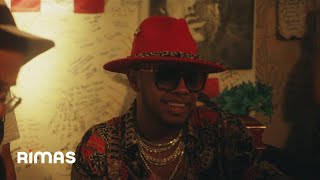 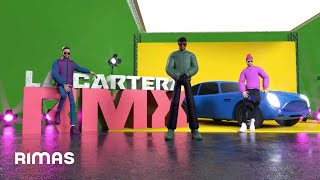