Close
Ralph McTell
from Farnborough, Kent, England
December 3, 1944 (age 77)
Biography
Best remembered for writing the classic and much-covered song "Streets of London," Ralph McTell is one of the most enduring figures on the British folk scene. A talented guitarist and songwriter who also possesses a strong and expressive voice, McTell has enjoyed a long and successful career in the U.K., as well as Australia and New Zealand, though it took him much longer to break through in Europe, and he's only attracted a cult following in the United States, where the majority of his catalog was never released. Early efforts such as Spiral Staircase and My Side of Your Window (both released in 1969) and You Well-Meaning Brought Me Here (1971) were the foundation of reputation with his often witty and just as frequently poignant songwriting and warm, rich vocals. While his fans continued to support his work as a folk artist, in the '80s he scored unexpected success composing music for children's television, featured on the albums Songs from Alphabet Zoo (1983) and The Best of Tickle on the Tum (1986). Through the second half of the '80s, McTell stepped away from writing fresh material, but he would return to form with 1995's Sand in Your Shoes, and in the 2000s and 2010s, he was steadily productive, staging frequent live shows and issuing albums like 2000's Red Sky, 2007's Gates of Eden, and 2019's Hill of Beans.

Ralph McTell was born Ralph May in Farnborough, Kent, England on December 3, 1944. He was named in honor of the celebrated British composer Ralph Vaughan Williams; Ralph's father Frank McTell had once worked as Williams' gardener. Frank abandoned the family in 1947, and Winifred McTell raised her sons Ralph and Bruce on her own in the South London town of Croydon. Frank showed an interest in music at an early age, and when he was seven, his uncle gave him a harmonica and he learned to play. When the skiffle boom hit the U.K., Ralph bought a used ukulele and a copy of The George Formby Method, and quickly taught himself to play and formed a band. In 1959, Ralph had grown tired of school and signed up for the Junior Leaders Battalion of The Queen's Surrey Regiment. Military life proved even worse than education, and after six months he was discharged and he enrolled in college, studying art.

When not busy with his studies, McTell immersed himself in beat literature and American folk, jazz, and blues music. At the College Jazz Club in London, McTell first heard Ramblin' Jack Elliott sing Jesse Fuller's "San Francisco Bay Blues." Elliott's performance proved to be a revelatory experience for the shy, young aspiring musician, and he took his cues from Woody Guthrie, Lead Belly, Robert Johnson, and Blind Willie McTell, taking his new stage name from the latter. After a few years hanging around London, he took off to travel along the south coast of England and the rest of Europe, where he made his way around hitchhiking and busking. While busking in Europe, he met his wife Nanna; shortly thereafter, they had a son.

McTell tried out a conventional career as a teacher but continued playing folk clubs around London. He began a long tenure at Les Cousins in the Soho section of the city and there he began to make a name for himself. A music publisher was impressed by McTell's early songs and secured a recording deal for him. His first album, 8 Frames a Second, was released on the Transatlantic label in 1968; Capitol Records issued it in North America, to little response. With a gentle voice, superb guitar-playing skills, and a winning modesty that showed through on-stage, McTell began attracting a large audience as a live act, mixing vintage blues and original material in his sets. In 1969, McTell issued his second album, Spiral Staircase (which featured his first recording of "Streets of London"), with the third, My Side of Your Window, following several months later. By July 1969, he was booked at the Cambridge Folk Festival, and in December of that year was headlining his first major London concert at Hornsey Town Hall. In May 1970, McTell sold out the Royal Festival Hall and was booked to play the Isle of Wight Festival alongside Jimi Hendrix and Bob Dylan. (1970 also saw the release of Ralph McTell Revisited, a compilation of tracks from his first three albums that was assembled after he cut ties with Transatlantic.) McTell signed a one-off deal with Famous Music for his fourth LP, You Well-Meaning Brought Me Here, which featured guest appearances from Rick Wakeman and Danny Thompson of Pentangle; it was his first album since Eight Frames a Second to get an American release. He made his first U.S. tour in 1972 and returned to London to sell out the Royal Albert Hall in 1974, the first British solo act to accomplish such a feat in 14 years.

In 1972, McTell struck a deal with Warner Bros./Reprise Records, and his first album for the label, the low-key Not Till Tomorrow, arrived that same year. It was brought out in the United States but didn't chart, and it would be more than 25 years before an American label took a chance on him. In 1974, McTell delivered his second album for Warner/Reprise, Easy, but it was a non-LP single that appeared later that year that would bring him his greatest success. A re-recorded version of "Streets of London" rose to number two on the British singles charts, and it would go on to be recorded by over 200 artists, among them Cliff Richard, Mary Hopkin, Cleo Laine, Sinead O'Connor, and the Anti-Nowhere League. The tune belatedly made it onto an album when McTell issued Streets in 1975.

The pressures of international success temporarily became too much for the shy, reserved McTell, and in the spring of 1975, he announced his intention to quit touring and withdraw from the music business. He decamped to the United States, where he relaxed and wrote songs in relative anonymity for a year before going back to the U.K. to play a Christmas benefit concert in Belfast. He continued recording for Warner Bros. in the '70s, releasing Right Side Up in 1976, the live album Ralph, Albert and Sydney in 1977, and Slide Away the Screen in 1979. For most of the '80s, he spent his time touring and working on a children's television show called Alphabet Zoo. The show was successful enough that the TV network created a show especially for McTell, Tickle on the Tum, and both programs introduced McTell to new generations of fans. 1981 found him touring with a short-lived group called the GP's, which featured British folk icon Richard Thompson and Fairport Convention members Dave Pegg and Dave Mattacks; a belated live album from their sole tour appeared in 1981, Saturday Rolling Around. Outside of his television work, McTell scaled back his songwriting efforts, and cut two albums devoted to covers, 1988's Blue Skies Black Heroes and 1990's Stealin' Back. In 1992, he recorded an ambitious project about the life and times of poet Dylan Thomas, The Boy with a Note, released on Leola Music.

In 1995 and 1996, McTell returned to the U.S. and performed a series of sold-out shows on the East Coast. His visit was prompted by the American release of his album Sand in Your Shoes in 1995 by the independent folk imprint Kickin' Mule Records, while his visibility in the U.S. was also boosted by Nanci Griffith's cover of "From Clare to Here," on her Grammy-winning Other Voices, Other Rooms album in 1993. 1999 brought a career-spanning live album, Travelling Man, for Leola Music, and the label would issue a steady stream of albums from McTell over the next two decades. He released seven albums between 2000 and 2019, including two collaborations with Wizz Jones (2016's About Time and 2017's About Time Too), covers of classic blues and folk tunes (2002's National Treasure and 2007's Gates of Eden), a set of instrumentals (2012's Sofa Noodling), and occasional collections of new songs (2019's Hill of Beans, produced by Tony Visconti). ~ Mark Deming & Richard Skelly, Rovi 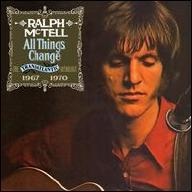 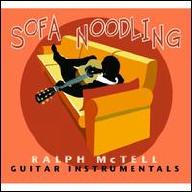 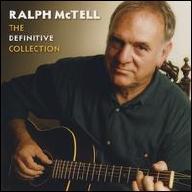 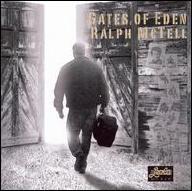 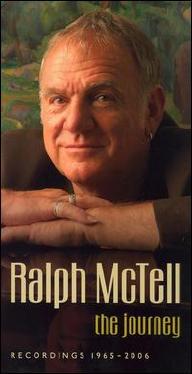 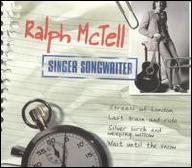 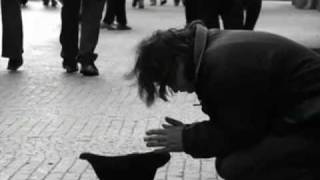 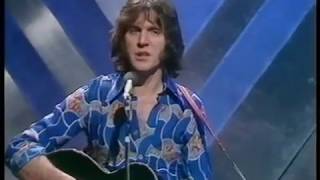 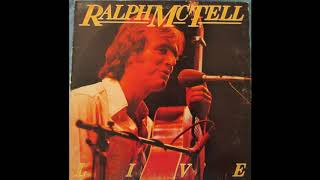 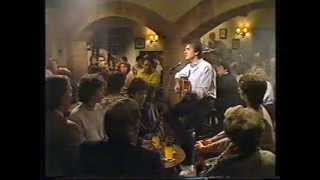 Ralph McTell - "A Long Way From Clare To Here" 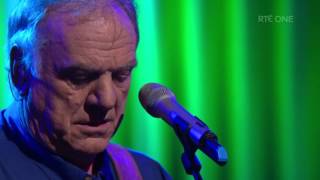 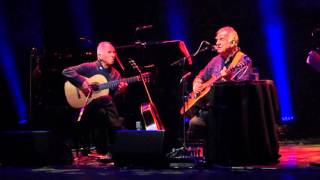