Close
Micky Dolenz
from Tarzana, CA
March 8, 1945 (age 77)
Biography
Micky Dolenz has distinguished himself as an actor, director, musician, and radio personality, but he'll always be best known as the drummer and frequent lead vocalist with 1960s pop/rock heroes the Monkees. During the course of a career that has spanned seven decades, Dolenz has proven himself to be a reliably charming entertainer as well as a skillful vocalist whose tenor instrument brought the Monkees' biggest hits to life and remained in fine shape as he continued to perform into the 2020s. The 1970s solo singles Dolenz cut in the wake of the Monkees' breakup can be heard on 2015's The MGM Singles Collection, he showed off his skill as an intelligent interpretive vocalist on 2012's Remember, and he paid homage to a longtime friend and collaborator with 2021's Dolenz Sings Nesmith.

George Michael Dolenz Jr. was born in Los Angeles, California on March 8, 1945 to George and Janelle Dolenz, who were both involved in show business. By the age of six, Dolenz was already doing screen tests, and by ten, he had landed his first recurring role as Corky on the TV series Circus Boy. He toured the country with his elephant "Bimbo" promoting the show, which ran for three years. During his teenage years, he had begun to seriously develop his musical chops. He sang lead with a number of club-level rock bands, including Micky the One Nighters, who specialized in covering the Rolling Stones and Jerry Lee Lewis. It was during this period that he recorded his first single, "Huff Puff" b/w "Don't Do It," but the record was not released until 1967.

In 1965, Dolenz was cast on the television series The Monkees, beating out over 400 other applicants for the role. While he was initially meant to simply play the fictive group's drummer, his vocal skills meant he became lead singer on many of their songs. Along with Davy Jones, Michael Nesmith, and Peter Tork, Dolenz became first a TV star and then a rock & roll idol as The Monkees became a smash in the ratings and songs like "Last Train to Clarksville," "I'm a Believer," and "Pleasant Valley Sunday" soared to the upper reaches of the singles charts. Releasing nine albums in their original run and selling over 60 million records worldwide, the Monkees's TV show lasted two seasons and they would star in a feature film, the cult favorite Head, before they finally broke up in 1970, two years after the show stopped production; by that time, Dolenz and Jones were the only members left in the group.

Dolenz was interested in working behind the camera as well as acting and music, and he directed one of the final episodes of the Monkees' series. After leaving the group, he kept a hand in music by cutting a handful of solo singles for MGM Records, as well as one 45 with producer Michael Lloyd under the name Starship (years before Jefferson Starship would truncate their name to the same form), but his highest public profile was as an actor, appearing on shows such as My Three Sons, Adam-12, and Owen Marshall, Counselor at Law and becoming a popular voice artist on animated programs, including The Funky Phantom and Devlin. He stepped back into music in 1976 with the album Dolenz, Jones, Boyce Hart, in which he and Davy Jones teamed with Tommy Boyce and Bobby Hart, who wrote and produced many of the Monkees' most memorable tunes. The album and subsequent concert tour received favorable reviews but attracted few paying customers, and in 1977 Dolenz travelled to England to appear in the London production of The Point, a stage musical based on Harry Nilsson's 1971 concept album (which had already been made into an animated film for television). While he expected to stay in London for three months, he ended up staying for twelve years, establishing himself as a successful director in television and the legitimate stage.

During Dolenz's sojourn in England, MTV presented a one-day marathon screening of every episode of The Monkees TV series, tipping their hat to an act who pioneered the mix of music and television. The 1986 marathon was a ratings hit and the network put the show into their regular schedule, which sparked a revival of interest in the group. Several of their albums bounced back into the charts, and Dolenz joined forces with Peter Tork to cut a new song, "That Was Then, This Is Now," that enjoyed video and radio airplay after it was tagged onto a Monkees "Greatest Hits" collection. This led to a lucrative offer for the Monkees to stage a reunion tour, and while Michael Nesmith opted not to participate, Dolenz was game, as were Davy Jones and Peter Tork, and the 1986 tour was a massive success. This edition of the Monkees cut a new album, 1987's Pool It!, but the album was a commercial disappointment, and while Dolenz and Jones did some live shows together, they put the Monkees on the back burner for the next several years.

Dolenz returned to the stage as an actor, appearing in productions of Grease, A Funny Thing Happened on the Way to the Forum, and Hairspray, and directed episodes of the shows Boy Meets World and Pacific Blue. In 1991, he brought out his first solo album, a children's album titled Micky Dolenz Puts You to Sleep, and another LP aimed at youngsters, Broadway Micky, followed in 1994. 1993 saw Dolenz publish a memoir, I'm a Believer: My Life of Music, Madness and the Monkees. As plans were set in motion to celebrate the Monkees' 30th Anniversary in 1996, the original four members reunited to cut the album Justus, with all the material written and performed by the group. While the foursome planned an international concert tour in support, Nesmith bowed out after a run of shows in the United Kingdom, and it marked the last time the classic lineup would work together. In 1998, Dolenz brought out a solo album titled Demoiselle, which presented his original demos for eight songs he had written in the '90s

During the first years of the new millennium, Dolenz had cameos on the TV shows As the World Turns and The Drew Carey Show, and did voice work on The Tick and The Powerpuff Girls. In 2005, he joined New York's WCBS-FM as their morning DJ, spending a year there and then turning toward the stage in 2006, touring with a revival of Pippin in 2007. Dolenz returned to recording in 2010, releasing the Carole King tribute King for a Day in August. Two years later, his self-described "audio scrapbook" of cover songs, Remember, was issued, featuring tunes from the Beatles, Harry Nilsson, Chuck Berry, and the Monkees. In 2015, the archival project The MGM Singles Collection, which gathered up all ten solo singles he released between 1971 and 1974 on the MGM, Lion, and Romar labels, was released by +180 Records. That same year Dolenz released A Little Bit Broadway, A Little Bit Rock Roll, a live set recorded at N.Y.C.'s intimate 54 Below nightclub and featuring a mix of Monkees favorites, Broadway tunes, and vintage pop songs.

During the 2010s, Dolenz toured steadily with the Monkees, performing with Peter and Davy during 2011's 45th anniversary shows, then after Jones' death in 2012 he hit the road with Peter and Mike. During the next few years, some form of the Monkees could be found on-stage, always with Dolenz at the center. In 2016, with the help of producer Adam Schlesinger, the Monkees recorded and released Good Times!, their first album since Justus. With tracks that were both newly written and dating back to their mid-'60s heyday, and featuring a lineup of songwriters stretching from Carole King to Rivers Cuomo, the album came out in time for the band's 50th anniversary. Dolenz returned to his solo career in 2017 with Out of Nowhere, an album of old Monkees hits recorded with the 30-piece American Metropole Orchestra. The Monkees returned with a holiday album in 2018 called Christmas Party!, and following the death of Peter Tork in 2019, Dolenz and Nesmith paid homage with a concert tour they billed as "The Mike & Micky Show." An album drawn from the show, The Monkees Present: The Mike Micky Show, followed in 2020. In 2021 Dolenz realized a long-held dream of recording an album of Mike Nesmith compositions. Styled after an album made by his old friend Harry Nilsson titled Nilsson Sings Newman, Micky Sings Nesmith was issued in May of 2021. Produced by Nesmith's son Christian, the album features songs written during the pair's tenure in the Monkees and the early years of Nesmith's solo career. ~ Kim Summers, Al Campbell & Mark Deming, Rovi 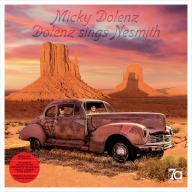 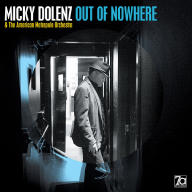 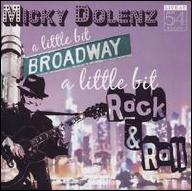 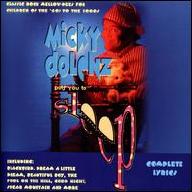 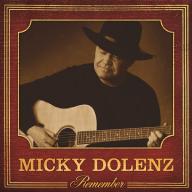 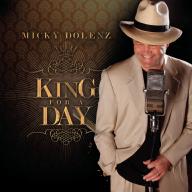 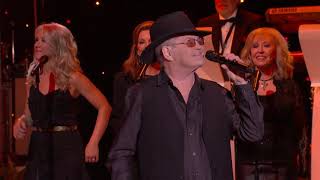 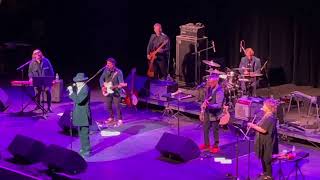 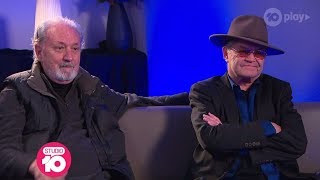 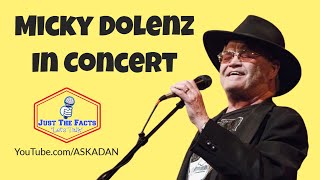 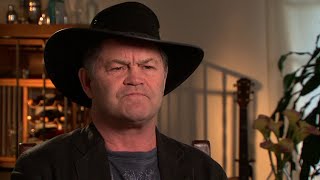 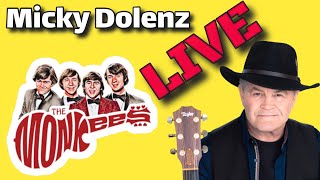