Close
Tavares
from New Bedford, MA
formed January 1, 1964 (age 58)
Biography
The five-brother singing group Tavares may be best known for such uptempo hits as the million-selling single "Heaven Must Be Missing an Angel," "More Than a Woman," and "Whodunit," but they first came to national attention with the luscious ballad "Check It Out." Their crisp vocalizing and clean-cut, boy-next-door image made them favorites on Johnny Carson's and Mike Douglas' talk shows, and on Dick Clark's American Bandstand. In 1974, Tavares also had the first hit version (number one R&B) of "She's Gone," written by the then relatively unknown duo of Daryl Hall and John Oates. Hall Oates scored a number seven pop hit with the song in 1976.

The Tavares brothers -- Arthur, Ralph Vierra, Perry Lee, Antone, and Feliciano Tavares, nicknamed "Pooch," "Tiny," "Chubby," and "Butch" -- started the group in 1964 as Chubby the Turnpikes in New Bedford, Massachusetts. Their grandparents taught them traditional Cape Verde folk songs, while their older brother John schooled them on doo wop singing. In 1969, the group became Tavares. They began singing in New England clubs and were signed to Capitol Records in 1973. Their debut album, Check It Out, was issued in early 1974. The title-track slow jam single went to number five R&B on the Billboard chart in summer 1973. The next single, the ballad "That's the Sound That Lonely Makes," hit number ten R&B in early 1974. Check It Out was followed by Hard Core Poetry in summer 1974, helmed by songwriting/production duo Dennis Lambert & Brian Potter (the Four Tops' "Aint No Woman Like the One I Got"). It listed the soaring number ten hit "Too Late," the number one hit "She's Gone," and "Remember What I Told You to Forget," which hit number four in 1975. Lambert Potter produced In the City (summer 1975), which yielded the driving number one hit "It Only Takes a Minute," "Free Ride" (a 1973 pop smash for the Edgar Winter Group), and "The Love I Never Had." Take That's 1993 cover of "It Only Takes a Minute" was a U.K. hit.

Tavares' album Sky High (spring 1976) was the group's first collaboration with producer Freddie Perren. Perren seemed to have an affinity for family singing groups, having had hits with the Jackson 5 ("I Want You Back," "ABC," "The Love You Save") as a member of the Motown arrangers/songwriters/producers collective the Corporation, and would later go to have hits with the Sylvers ("Boogie Fever"). Sky High boasted the sparkling number three R&B hit "Heaven Must Be Missing an Angel, Pt. 1" from summer 1976. Their fifth LP, Love Storm, was issued in spring 1977 and included the clever number one R&B hit "Whodunit" in spring 1977.

"More Than a Woman" was specifically written for Tavares by the Bee Gees and was issued as a single from the 11-million-unit-selling Saturday Night Fever soundtrack. "More Than a Woman" was also on their Future Bound LP released in spring 1978. A greatest-hits set, The Best of Tavares, was released in fall 1977. On 1979's Madame Butterfly LP, the group worked with Philly soul arranger/producer Bobby Martin (the Manhattans, LTD). The sweet ballad "Never Had a Love Like This Before" went to number five R&B in early 1979. In 1994, Canadian label Unidisc released The Best of Tavares Revisited, which had re-recordings by the group of their past hits. Ralph Vierra Tavares, the eldest member of the Tavares Brothers, died on December 8, 2021, two days short of his 80th birthday. ~ Ed Hogan, Rovi 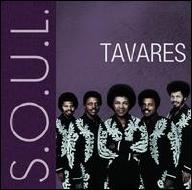 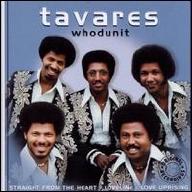 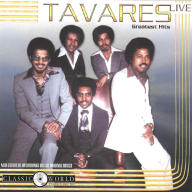 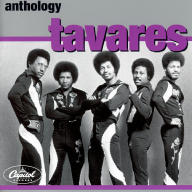 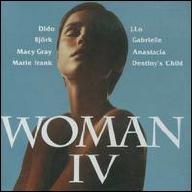 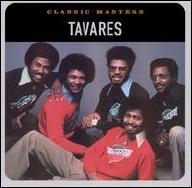 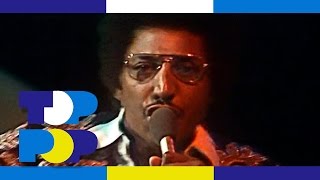 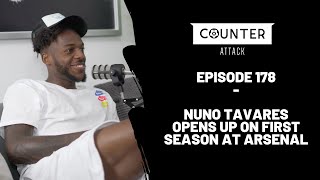 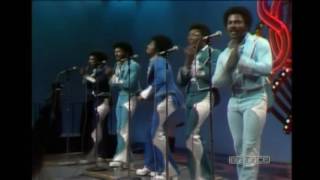 Tavares It Only Takes A Minute Soul Train 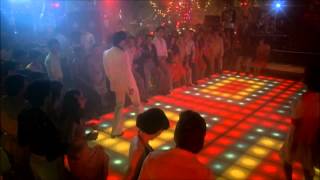 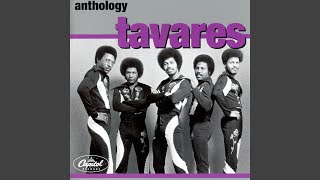 Remember What I Told You To Forget 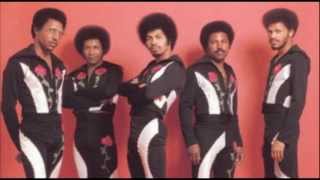 Tavares - Heaven Must Be Missing an Angel 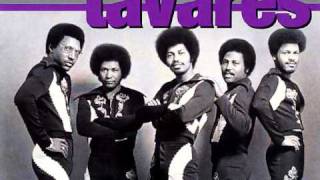