Close
The Corporation
Biography
The Corporation -- not to be confused with the 1969 Capitol Records act -- was the name used by the songwriter/producer/arranger collective behind the early Motown hits of #the Jackson 5, including their three consecutive number one pop hits: I Want You Back, A B C, and The Love You Save. The members were Motown founder Berry Gordy, Freddie Perren, Fonce Mizell, and Deke Richards. The group's fourth number one, I'll Be There, was produced by Hal Davis, whose work appears on many of the Jackson 5's albums. Some believe the Corporation was created to keep the identities of the creative team secret so that Motown wouldn't 't have more contentious superstars to deal with. Around the time the Corporation was formed, Motown was in litigation with their former hitmaking trio, Holland/Dozier/Holland. Shortly after moving to California, Washington, D.C., schoolmates, pianist Perren and bassist Mizell met guitarist Richards who had been a part of another Motown collective, the Clan (The Supremes' Love Child, which stayed at number two R&B for three weeks). While working on song ideas, the trio came up with I Wanna Be Free. They thought about shopping the song to Motown acts Gladys Knight and the Pips or Diana Ross. After approaching label president Berry Gordy, he suggested that the song, with some revisions, would be good for a teenage five-member brothers singing group he'd just signed. Gordy said the sound of the Gary, IN, group would be an updated version of Frankie Lymon and the Teenagers (Why Do Fools Fall in Love). The song evolved into I Want You Back. The track date included Perren and Mizell on piano, bassist Wilton Felder of the Crusaders, guitarists David T. Walker and Louis Shelton, Don Peake doubling the bass line, and drummer Gene Pello. With an introduction by Diana Ross, the Jackson 5 performed the song on ABC's #The Hollywood Palace in the fall of 1969. By January, Michael, Marlon, Jermaine, Tito, and Jackie Jackson had their first number one R&B/pop hit. I Want You Back was the only single from #Diana Ross Presents the Jackson 5 970). Perren was a former schoolteacher so it's appropriate that the Jackson 5's next hit was A B C. If you listen closely, you'll hear that A B C uses repeatedly the music of the catchy riff chorus of I Want You Back as its foundation. A B C became the Jackson 5's second consecutive number one single, topping Billboard's R&B chart and holding down the top spot of its pop chart for two weeks in the spring of 1970. The LP of the same name peaked at number five pop in summer 1970. The Love You Save used the same elements from the groups's last two number one records (the super-charged youthful energy of the brothers, the interplay between Michael and Jermaine, Tito's kid-bass voice, and top L.A. session musicians). The formula was foolproof. The Love You Save hit number one R&B in the summer of 1970 and also held down the top spot on the pop charts for two weeks. The lyrics of the song were a play on words of the traffic safety slogan "The life you save may be your own." Transformed into an admonishment on fast girls, the song shares an opening similar in form to the Supremes' Stop in the Name of Love. A B C was sampled by Naughty By Nature on their two-million selling single O.P.P. in summer 1991. Though the Corporation weren't responsible for the Jackson 5's fourth consecutive number one single, I'll Be There (though Gordy co-wrote the song with Willie Hutch, Bob West, and producer Hal Davis), they had a strong presence on the group's best LP, Third Album. The follow-up to I'll Be There was the Corporation's Mama's Pearl, which stayed at number two R&B/pop for two weeks in early 1971. The Jackson 5's 1971 album Maybe Tomorrow was produced by the Corporation. The Corporation wrote and produced the LP track It's Great to Be Here; it was sampled by the Motown hip-hop trio 702 for their hit single All I Want on their 1996 album No Doubt. (The Corporation also produced a hit for Martha Reeves and the Vandellas, Bless You, in fall 1971.) Lookin' Through the Windows was the title of one of the J-5's best albums. The airy title track, another Clifton Davis song, went to number five R&B in summer 1972. Jermaine's version of Shep and the Limelights' Daddy's Home was a million-seller, hitting number three R&B and number nine pop in late 1972. Perren and Mizell got full production and arranging (with Gene Page) credit on one Jackson 5 hit single, the Perren-Christine Yarian song Hallelujah Day (number ten R&B). Many of the Jackson 5's singles and album tracks were featured on #The Jackson 5 Show, the animated cartoon series co-produced by Motown and Rankin/Bass that first aired Saturday mornings on ABC during the 1971-1972 and 1972-1973 TV seasons. The show later aired in rerun syndication and on cable channel VH1.

Perren, Mizell, and Richards planned to release albums as the Corporation, but that never happened. Mizell and Perren worked on tracks by Edwin Starr and scored the soundtrack of the 1973 Fred Williamson/American International movie #Hell up in Harlem. But all three went on to have impressive careers. Freddie Perren produced post-Smokey hits on the Miracles (Do It Baby, Don't Cha Love It, Love Machine (Part 1)), the Sylvers, Peaches and Herb, and Tavares. Mizell produced LTD with lead vocals by Jeffrey Osborne (number one hit Love Ballad) and A Taste of Honey (number one hit Boogie Oogie Oogie), and Deke Richards had a hit with the Jackson 5's Corner of the Sky and went on to work with Black Oak Arkansas and Diana Ross. ~ Ed Hogan, Rovi 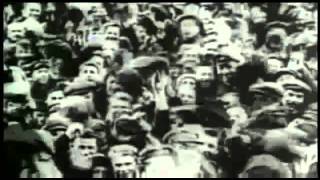 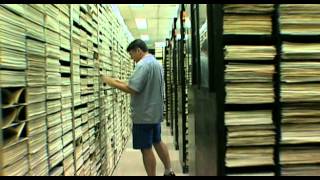 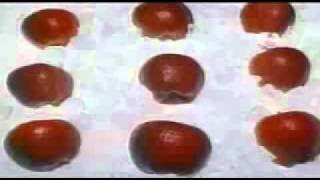 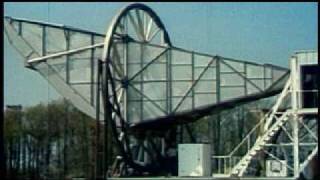 THE CORPORATION [1/23] What is a Corporation? 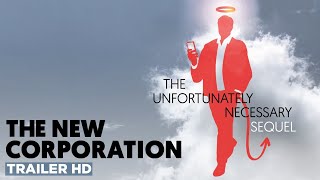 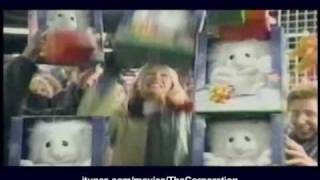