Close
Chick Bullock
from Butte, MT
September 16, 1908 - September 15, 1981 (age 72)
Biography
Chick Bullock was a prolific vocalist from the '30s, whose entire career seems somewhat shrouded in mystery and confusion. Even the details of his birth provoke wide geographical disagreement, perhaps if only to preserve the reputation of a corrupt typesetter somewhere. A reliable jazz biographical source says he hailed from Butte, MT, adding another name to the list of musical talent proud to hail from a state better known for cattle ranching and remote speed labs. Before Montana gets too proud, however, consider an alternate version of his birth, which names a place called Mutte, MA as the spot. Commonly, Bullock is described as being particularly shy of publicity, a sort of Howard Hughes type who vanished into the Los Angeles real estate business rather than remain in the spotlight.

Such descriptions of Bullock's life tend to leave out the fact that he suffered from an eye disease that disfigured his face; obviously, something of a kiss of death for a performer in a genre known for handsome frontline singers. This meant that Bullock was banished to the recording studios. He made the most of it, and was responsible for some 500 sides. His group Chick Bullock's Levee Loungers was strictly a studio all-stars affair. Bullock's list of associates are top-flight indeed: he sang with Duke Ellington, but turned down Paul Whiteman. He also recorded with artists such as Luis Russell and Cab Calloway, and featured a host of jazz heavyweights on his own records including trumpeters Bunny Berigan and Bill Coleman, trombonists Jack Teagarden and Tommy Dorsey, saxophonist Jimmy Dorsey, violinist Joe Venuti, and guitarist Eddie Lang.

All this might excite the average jazz fan, but it wasn't what Bullock's proper British parents had wanted. Their goal was for him to become a doctor, a notion that vanished into thin air when the lad became fascinated with vaudeville. Initially, his singing skills led to engagements as an intermission singer in movie theaters, ironically leading to some parts in silent films. Once he got into the studios, he became so busy that he had to use pseudonyms to avoid flooding the market with his material. One such name was Sleepy Hall, with Bullock vocalizing on sides by Sleepy Hall His Orchestra, Sleepy Hall His Collegians, and Sleepy Hall His Melody Boys. In the '40s, the ban on recording musicians put a halt to all such nonsense, and Bullock's singing career along with it, since he was unwilling to take to the live stage. His only option would have been to work only with vocal groups. Moving to California and selling real estate seemed more appealing to him. Any impression that he was a dull character based on this decision should be measured against the fact that he recorded a mock-Chinese version of the nursery rhyme Pat-a-Cake. ~ Eugene Chadbourne, Rovi 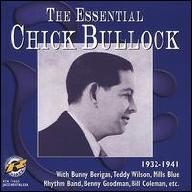 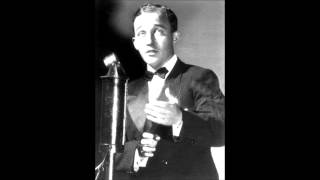 Chick Bullock - Hummin' To Myself 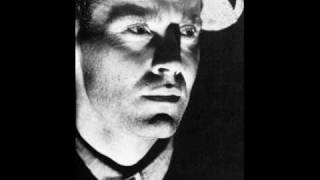 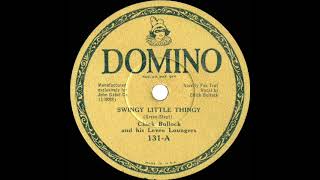 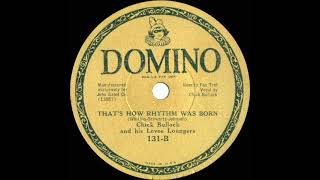 1933 Chick Bullock & his Levee Loungers - That's How Rhythm Was Born 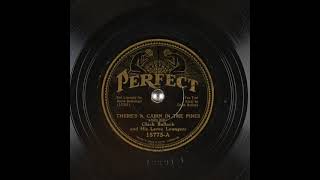 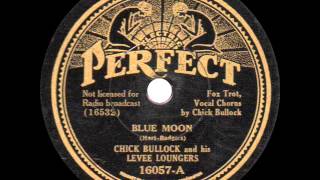 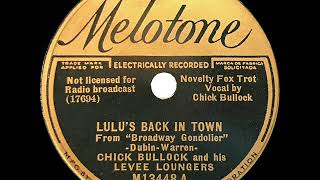