Close
Wilco
from Chicago, IL
formed January 1, 1994 (age 28)
Biography
Evolving from a rough-and-tumble alt-country act into a mature and eclectic indie rock ensemble, Wilco became critical favorites and cult heroes on the back of a stylistically diverse body of songs from founder Jeff Tweedy. Rising from the ashes of the seminal alt-country band Uncle Tupelo, Tweedy assembled Wilco's first lineup from the membership of UT's final edition. Wilco's 1995 debut album, A.M., picked up where Tweedy's work with Uncle Tupelo left off, but their second album, 1996's Being There, marked a dramatic stylistic shift where country and roots rock existed as only small parts of their creative formula, along with expressive pop and freewheeling sonic experimentation. Being There was Wilco's first album with guitar and keyboard player Jay Bennett, who would become Tweedy's closest collaborator on 1999's bent pop compendium Summerteeth and their breakthrough effort, 2001's Yankee Hotel Foxtrot. Bennett departed Wilco before the album was released, and the group's next few years found Tweedy struggling to redefine the group's approach. 2007's Sky Blue Sky and 2011's The Whole Love saw a new version of the band performing with renewed confidence as they explored indie and art rock constructs. After indulging the more exploratory side of their personality on 2015's Star Wars and 2019's Ode to Joy, Wilco looked back to their early folk and country influences through fresh eyes on 2022's Cruel Country.

Uncle Tupelo played their final show on May 1, 1994, and a few weeks later, Tweedy and three of his former UT bandmates -- bassist John Stirratt, drummer Ken Coomer, and multi-instrumentalist Max Johnston -- began work on their first album under their new name, Wilco. The group's birth happened so quickly that they didn't have a lead guitarist when they started recording, and Brian Henneman, a longtime friend and founder of the Bottle Rockets, sat in for the sessions. The first Wilco album, A.M., a collection of spry country-rock tunes that followed the course established in Tweedy's earlier work, was issued in March 1995. By that time, Jay Bennett became Wilco's official fifth member on guitar, and in the tour that followed, Bennett began branching out on keyboards as their raucous live shows saw them breaking free of the legacy of Uncle Tupelo.

Wilco's sophomore effort, 1996's two-disc set Being There, marked a radical transformation in the group's sound; while remaining steeped in the style that earned Tweedy his reputation, the songs took unexpected detours into psychedelia, power pop, and soul, complete with orchestral touches and R&B horn flourishes. Shortly after the release of Being There, which most critics judged to be among the year's best releases, Johnston left the group to play with his sister, singer Michelle Shocked, and was replaced by guitarist Bob Egan of the band Freakwater. Still full-time members of Wilco, Stirratt, Bennett, and Coomer also began performing together in the pop side project Courtesy Move. In 1998, Wilco collaborated with singer/songwriter Billy Bragg on Mermaid Avenue, a collection of performances based on unreleased material originally written by Woody Guthrie.

Their stunningly lush third album, Summerteeth, followed in 1999 and met with critical acclaim but only average sales, initiating tensions with their label, Warner Bros. Mermaid Avenue, Vol. 2, which featured more selections from Wilco's collaborations with Bragg on Woody Guthrie's unfinished songs, was issued in 2000. Following this release, longtime drummer Ken Coomer left the group and was replaced by the Chicago-based Glenn Kotche. The band then focused on recording their fourth album, Yankee Hotel Foxtrot, which ultimately led to the departure of guitarist Jay Bennett and further tensions with their label. Wilco were unwilling to change the album to make it more "commercially viable," so Warner/Reprise agreed to sell them the masters for a reported $50,000. In a last-minute decision, the label opted to simply give the band the album at no cost, and Wilco were freed from their contract.

Leaked tracks from the album surfaced on the Internet in late 2001, and the stripped-down lineup of Tweedy, Kotche, Stirratt, and multi-instrumentalist Leroy Bach embarked on a small tour to support -- or drum up support for -- the unreleased record. Nonesuch picked up the album and officially released it in early 2002 to widespread critical acclaim. Meanwhile, an independent film documenting the drama surrounding the album (I Am Trying to Break Your Heart) followed in the fall of 2002. During the downtime after the album was recorded, Tweedy composed and recorded the film score to the Ethan Hawke film Chelsea Walls, which ended up being released around the same time as Yankee Hotel Foxtrot.

Wilco toured extensively following the release of Yankee Hotel Foxtrot, and in 2003 began work on their next album, A Ghost Is Born. While sessions went smoothly compared to Yankee Hotel Foxtrot, Leroy Bach left the band after the album was finished in a split that was described as mutual and amicable; guitarist Nels Cline, keyboardist Mike Jorgensen, and multi-instrumentalist Pat Sansone joined Wilco for their subsequent tour. Shortly before the album's release, Tweedy surprised many fans by announcing he had entered a drug rehabilitation facility to treat a dependency on painkillers, prescribed to treat a long history of migraine headaches aggravated by panic disorder. Tweedy discussed his health problems in depth, along with the often-tangled history of Wilco and Uncle Tupelo, in Wilco: Learning How to Die, a biography of the group written by rock journalist Greg Kot, published to coincide with A Ghost Is Born's release in the spring of 2004.

The following year, the group released Kicking Television: Live in Chicago, a 23-track collection recorded in the Windy City's Vic Theater, an album that was later deemed one of the Top 20 best live albums by Q Magazine. In 2007 Wilco's sixth studio album, Sky Blue Sky, hit shelves. Less experimental than its predecessors, Sky Blue Sky peaked at number five on the U.S. album charts and made a strong showing internationally. Wilco's seventh album, the breezy and laid-back Wilco (The Album), was released on June 30, 2009, one month after the death of former bandmember Jay Bennett, who passed away in his home in Urbana, Illinois, after accidentally overdosing on the prescription painkiller fentanyl.

At the end of touring that album, Wilco took a break for much of 2010 (their longest break since formation) and resurfaced in 2011 with their own label, dBpm Records, and the release of The Whole Love. Wilco toured extensively in support of the album, including a string of dates with Nick Lowe, and stayed busy on the road in 2013, taking part in the Americanarama Festival of Music, a package tour that found Wilco sharing the bill with Bob Dylan, Richard Thompson, and My Morning Jacket. (After meeting on tour, Thompson would recruit Tweedy to produce his 2015 album Still.)

In 2014, John Stirratt's side project the Autumn Defense released a new album, Fifth, and Jeff Tweedy inaugurated a new project, Tweedy, that found him collaborating with his teenage son Spencer, who played drums and percussion. The family band released their first album, Sukierae, in September 2014, with the combo touring in support. The year 2014 also marked Wilco's 20th anniversary, and the group celebrated the event with a pair of archival releases: What's Your Twenty? Essential Tracks 1994-2014, a two-disc set that collected the band's best and most popular tunes, and Alpha Mike Foxtrot: Rare Tracks 1994-2014, a four-disc set of obscure and unreleased material. Wilco also celebrated their first two decades with a series of multi-night stands in several cities, including a six-night residency at the Riviera Theater in Chicago.

On July 16, 2015, Wilco gave their fans a pleasant surprise -- they released a previously unannounced new studio album, Star Wars, as a free download from the group's website. Star Wars was available gratis online for four weeks, with a CD edition released by dBpm on August 21 and a vinyl LP following on November 27. On July 14, 2016, just two days before Star Wars would celebrate its first birthday, Wilco debuted a new song online, "Locator." A few days later, they shared another song, "If I Ever Was a Child," and revealed that both were tracks from Wilco's next album, Schmilco, which was released on September 9, 2016. Wilco toured extensively through 2016 and 2017, and in August 2017 they released a digital single, "All Lives, You Say?" Proceeds from sales of the track were donated to the Southern Poverty Law Center and Life After Hate.

In late 2017, Wilco announced they would be taking a hiatus from touring in 2018 so individual members could focus on other projects. However, it was also revealed that Wilco planned to record a new album during the layoff, and that they would stage their biannual Solid Sound Music Festival in 2019. To help tide fans over during the break, remastered and expanded editions of A.M. and Being There were issued in November 2017. In June 2019, Wilco returned to duty with a pair of shows in Knoxville, Tennessee, followed by touring in Europe, the U.K., and North America. The band was still in the midst of a run of dates in the United States when they released their 13th studio album, Ode to Joy, in October 2019.

The group's long-term touring plans fell by the wayside when the COVID-19 pandemic shut down touring in March 2020, and while in lockdown, Jeff Tweedy hosted a webcast series with his wife and sons, The Tweedy Show. He also recorded and issued solo material, including 2020's Love is the King and its companion volume Live is the King, and contributed songwriting and production to projects from Norah Jones and Daughter of Swords. Nels Cline was also productive while the band was on hiatus, recording and releasing an album with his group the Nels Cline Singers, 2020's Share the Wealth, while sitting in on sessions with Elvis Costello, Joan Osborne, the Dark Bob, and Julius Hemphill, among others. By the end of 2020, Wilco had cautiously began playing shows again, including a tour co-billed with Sleater-Kinney, and in 2021 they returned to the recording studio, cutting sessions at their home base the Loft with all members playing live on a set of low-key country and folk influenced material. The band completed 21 new songs, and the double album Cruel Country was issued by dBpm in May 2022, with the release date coinciding with Wilco's Solid Sound Festival, held in North Adams, Massachusetts. Prior to the release of the album, Wilco also played a series of shows in New York and Chicago to celebrate the 20th anniversary of the release of Yankee Hotel Foxtrot, performing the album in full each night. ~ Jason Ankeny & Zac Johnson, Rovi 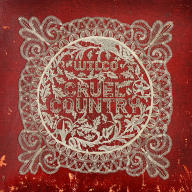 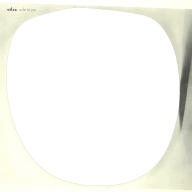 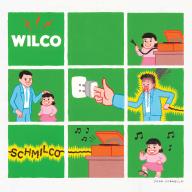 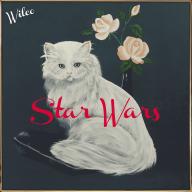 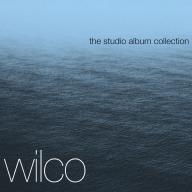 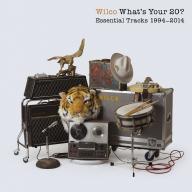 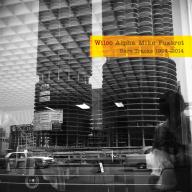 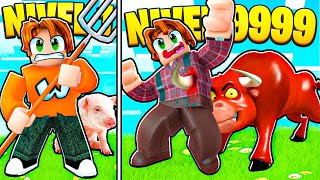 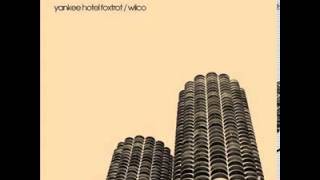 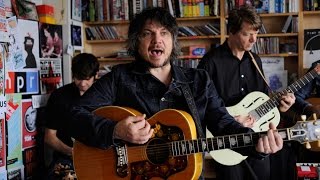 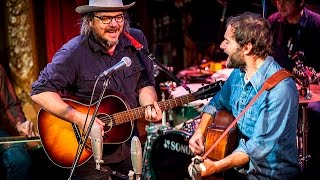 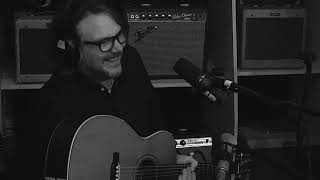 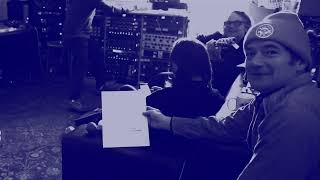 "Tired of Taking It Out On You" by Wilco | Cruel Country 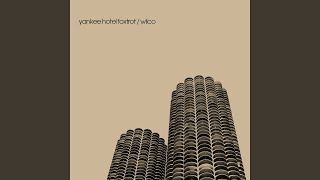