Close
Richard H. Kirk
from Sheffield, England
March 21, 1956 - September 21, 2021 (age 65)
Biography
Between his work with the pioneering industrial group Cabaret Voltaire and his myriad solo and collaborative projects, Richard H. Kirk remained impossibly productive for nearly 50 years. While the Sheffield-based Cabaret Voltaire began in the 1970s as an electronics-and-tape-loops outfit with similarities to other experimentalists like Throbbing Gristle, Einstürzende Neubauten, and Chrome, the group eventually penetrated a pop group context while retaining the edge of dystopia and isolation at the core of their earlier work. Kirk's solo work evolved along similar lines, although he worked more toward integrating technology with humanitarian concerns. Releasing solo efforts on Industrial Records and Rough Trade during the 1980s, he became a fixture of the early days of the Warp label as a member of the bleep techno act Sweet Exorcist, and with sample-heavy ambient techno releases under his own name, such as 1994's Virtual State. Numerous albums as Sandoz reflected his affection for African and tribal percussion and thematics, and he continued exploring various permutations of techno, ambient, house, IDM, and dub under dozens of other names, including Electronic Eye, Biochemical Dread, and Orchestra Terrestrial. Kirk revived the name Cabaret Voltaire for solo performances during the 2010s, and released the full-length Shadow of Fear and two drone albums before he passed away in 2021.

Cabaret Voltaire formed in 1973, initially consisting of Kirk and tape-loop collagist Chris Watson, with Stephen Mallinder joining on bass guitar and vocals later in the year. The band launched their Western Works recording studio in 1977, and signed with Rough Trade the following year; by the beginning of the 1980s, they became fixtures of the U.K. Indie charts. Kirk's first solo effort under his own name was Disposable Half-Truths, a cassette released by Throbbing Gristle's Industrial Records in 1980. Similar to early CV, the release combined distorted vocals, primitive drum machines, and sheets of noisy guitars and electronics. Three years later, CV's Doublevision label released Kirk's double LP Time High Fiction. In 1985, Kirk collaborated with Peter Hope for a single called "Leather Hands." The following year, Kirk released two full-lengths on Rough Trade: a dark industrial pop record called Black Jesus Voice and a more experimental, sample-driven album titled Ugly Spirit. This album focused on ethnic influences more than any of Kirk's previous releases, and pointed to the directions he'd take in his future projects.

In 1987, Kirk and Hope released a full-length titled Hoodoo Talk; Wax Trax! released the album in the United States. Cabaret Voltaire continued releasing music, and moved in a direction more inspired by techno and house, influences that also figured into Kirk's solo and collaborative projects. CV teamed up with Ministry for a one-off single as Acid Horse, and bleep-house duo Sweet Exorcist released some of the earliest (and most influential) singles on Warp. Kirk started a label called Intone for some of his own works, and its first release was the Limbo EP by his dub-influenced Sandoz moniker, which went on to release several highly regarded albums on Touch. Under his own name, he released Virtual State (1994) and The Number of Magic (1995) on Warp. Ambient techno albums as Electronic Eye followed on Beyond. Mute reissued Kirk's early albums on their sublabel The Grey Area, and Blast First (also affiliated with Mute) released Kirk's limited experimental album Knowledge Through Science in 1998. Touch released Kirk's Darkness at Noon (1999) and LoopStatic (2000). Kirk then released much of his output under Intone, including albums as Blacworld, Biochemical Dread, and Digital Terrestrial, as well as several compilations made up of material by various Kirk projects.

In 2004, as Mute reissued some of CV's earliest output, the label released Kirk's Earlier/Later: Unreleased Projects Anthology 74-89. In 2014, Die Stadt released the triple-CD compilation The Many Dimensions of Richard H. Kirk, which included three early-2010s albums that were intended to be released by the label but instead appeared as digital releases on Intone. In 2016, Mute released #7489: Collected Works 1974-1989, an eight-CD box set of Kirk's early solo albums and rarities, as well as #9294: Collected Works 1992-1994, a five-CD box similarly compiling his early work as Sandoz. The following year, he released his first solo effort in five years, Dasein. Written, recorded, and produced over a three-year period at Western Works, the album featured Kirk's first use of vocals in about ten years and was released on Intone.

Having already revived the name Cabaret Voltaire for solo performances during the mid-2010s, Kirk released Shadow of Fear, the first CV album in 26 years, in 2020. The EP Shadow of Funk and two extended dark ambient pieces, Dekadrone and BN9Drone, appeared in 2021. Richard H. Kirk died on September 21, 2021 at the age of 65. ~ Sean Cooper & Paul Simpson, Rovi 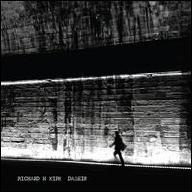 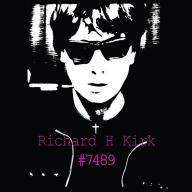 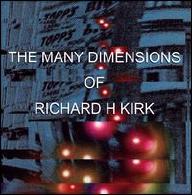 The Many Dimensions of Richard H. Kirk
2014 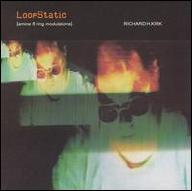 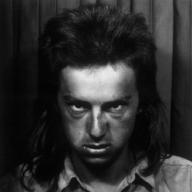 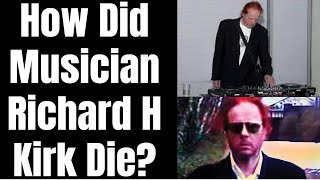 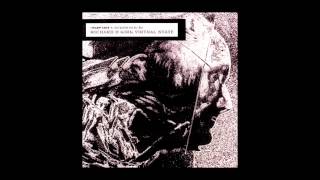 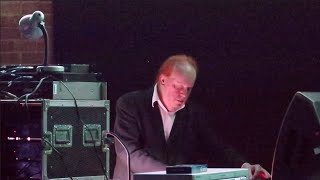 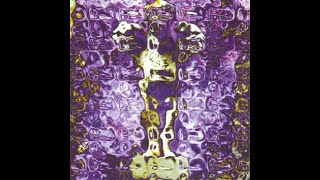 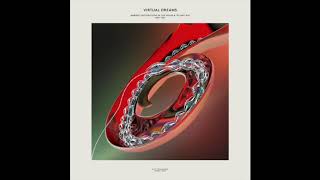 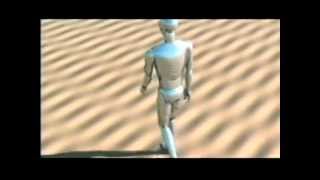 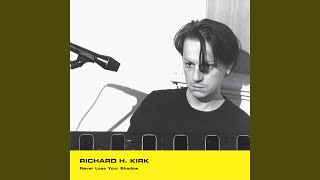