Close
Pete Seeger
from New York, NY
May 3, 1919 - January 27, 2014 (age 94)
Biography
Perhaps no single person in the 20th century did more to preserve, broadcast, and redistribute folk music than Pete Seeger, whose passion for politics, the environment, and humanity earned him both ardent fans and vocal enemies ever since he first began performing in the late '30s. His battle against injustice led to his being blacklisted during the McCarthy era, celebrated during the turbulent '60s, and welcomed at union rallies throughout his life. His tireless efforts regarding global concerns such as environmentalism, population growth, and racial equality earned him the respect and friendship of such political heroes as Martin Luther King, Jr., Woody Guthrie, and Cesar Chavez, and the generations of children who first learned to sing and clap to Seeger's Folkways recordings must number in the millions. Rising above all of Seeger's political ideals and his passion for authentic folk music was his clear voice and chiming banjo, both of which sang out with a clarity that rang true.

Pete Seeger was born May 3, 1919, in Patterson, New York. The son of Charles and Constance Seeger, Pete grew up in a household filled with both music (his mother was a violinist and teacher, his father was a musicologist and conductor, both of whom had served on the faculty at Juilliard) and political activism (his father worked as a teacher at the University of California at Berkeley, where his pacifism earned him so many enemies that he resigned in the fall of 1918). The youthful Pete initially rebelled against his parents' passion for music, but upon hearing a five-string banjo for the first time at the Folk Song and Dance Festival in Asheville, North Carolina, his dream of becoming a painter was pushed aside. He studied sociology at Harvard University beginning in 1936, but left just before his final exams two years later, choosing instead to roam the American South making field recordings with music scholar Alan Lomax. These experiences were the foundation of Seeger's repertoire of work songs, lullabies, folk songs, and ballads that he would revisit throughout his musical career.

Seeger was drafted into the Army in 1942, spending much of his time performing to troops in the South Pacific, and in 1943 he got married to Toshi Ohta (who remained his wife for more than 50 years, until her passing in 2013). After his discharge he continued his travels throughout the U.S., but as a performer instead of a scholar, performing wherever people were gathered, from taverns to churches. On March 3, 1940, he met Woody Guthrie at a migrant worker benefit concert, and soon after the two helped form the Almanac Singers, a loosely organized musical collective that included Lee Hays, Millard Lampell, Sis Cunningham, Sonny Terry, Brownie McGhee, Lead Belly, Josh White, Burl Ives, and Richard Dyer-Bennett at different times. The Almanac Singers' career was brief (lasting just over a year), but their pacifist attitudes and their ability to draw large crowds brought them under the scrutiny of the political powers of the time. Upon the dissolution of the Almanacs, Seeger and Hays formed the Weavers with Ronnie Gilbert and Fred Hellerman, finding universal success with their bright renditions of folk songs and spirituals like "Kisses Sweeter Than Wine," "Wimoweh," "Goodnight Irene," and "On Top of Old Smoky." Unfortunately, Seeger and Hays' leftist leanings had long been under the scrutiny of the FBI, and ironically, their straightforward and innocuous performances were drawing disdain from the die-hard leftist press. In 1955 Seeger was brought before the House Un-American Activities Committee and his testimony resulted in his being blacklisted for seven years (and not officially cleared on charges of contempt until 1962).

Seeger left the Weavers in 1958 for a solo career just as the seeds of the music they planted were beginning to take root on college campuses and in coffeehouses across the U.S. He spent much of the '60s in the South, marching in civil rights protests and arranging an old spiritual into what he named "We Shall Overcome," which has become the anthem of the pursuit for equality worldwide. In 1962, he put the words to a portion of the book of Ecclesiastes to music, capturing the feel of the changing climate of the youth movement in his song "Turn! Turn! Turn! (To Everything There Is a Season)." In addition to the countless social rallies he organized and participated in at this time, Seeger also had a hand in many of the Newport Folk Festivals in the early and mid-'60s. His adherence to the sanctity of folk music came to a boiling point with the advent of folk-rock, and this was visibly demonstrated when he tried to pull the plug on Bob Dylan's very electrified set with the Paul Butterfield Blues Band in 1965. In 1967, his objection to the Vietnam War was made evident during an appearance on The Smothers Brothers Comedy Hour when he attacked Lyndon Johnson's war policies during his performance of the song "Waist Deep in the Big Muddy."

Seeger focused his attention on environmental issues in the 1970s and '80s, notably with the launch of the sloop Clearwater (a floating classroom, laboratory, stage, and speaker's forum) onto the Hudson River in 1969. He also remained active on the festival circuit, appearing at outdoor folk concerts and organizing rallies for any number of causes, from labor unions to anti-pollution legislation. The '90s saw Seeger on-stage receiving awards as often as performing music; with honors including receiving the nation's highest artistic honors at the Kennedy Center, gaining entry into the Rock and Roll Hall of Fame, and earning the Harvard Arts Medal (despite the fact that he opted not to graduate from the university). He also won a Grammy Award for Best Traditional Folk Album of 1996, and in 1999 he traveled to Cuba to accept the Felix Varela Medal (Cuba's highest honor) for "his humanistic and artistic work in defense of the environment and against racism." In 2008, Seeger released At 89, a collection of newly recorded classics and newly written material. Released on September 30, it won the 2008 Grammy Award for Best Traditional Folk Album.

Seeger's 90th birthday on May 3, 2009 was celebrated with an all-star concert at Madison Square Garden, where he performed with many of the artists he had influenced over the years. Seeger stayed active even in his ninth decade, both as a political, social, and environmental activist and as a musician, appearing at marches, rallies, and benefits much as he'd always done, and in the recording studio, signing to Appleseed Records and releasing Tomorrow's Children, an interactive collaboration with fourth graders at the Forrestal School in Beacon, New York, in 2010; A More Perfect Union (a project with longtime friend and collaborator Lorre Wyatt) in 2012; and the documentary-styled Pete Remembers Woody, which was full of fascinating stories about Seeger and Guthrie, also in 2012. Seeger remained a comfortable and riveting performer on-stage no matter his age, appearing at Farm Aid in September of 2013, where he performed "This Land Is Your Land" with Willie Nelson, Neil Young, John Mellencamp, and Dave Matthews.

Pete Seeger died at New York-Presbyterian Hospital in Manhattan on January 27, 2014 at the age of 94. His passion for reaching the hearts and minds of those who would listen was summed up by the inscription on his banjo, "This machine surrounds hate and forces it to surrender." Seeger's music didn't force hate to surrender with muscle or intimidation, but with his simple honesty and pure-hearted clarity, which truly changed the course of history during the many years he performed. ~ Zac Johnson, Rovi 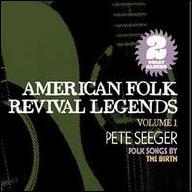 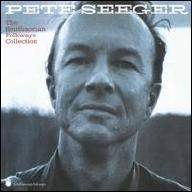 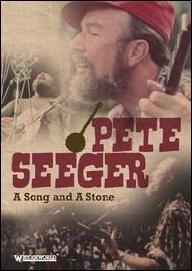 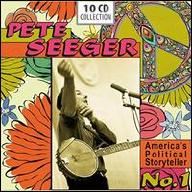 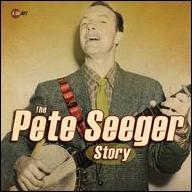 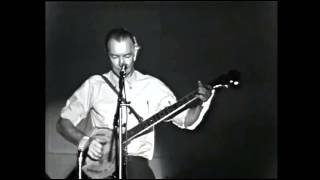 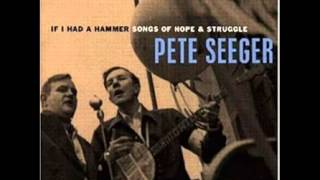 Pete Seeger - If I Had a Hammer Songs of Hope & Struggle 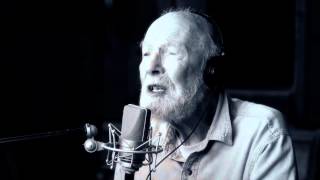 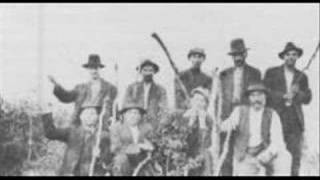 pete seeger which side are you on 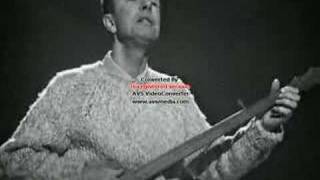 Pete Seeger - What Did You Learn In School? 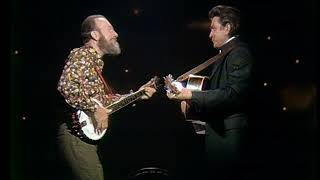 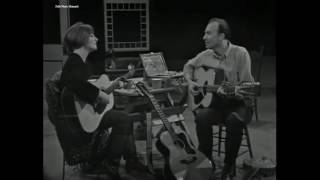