Close
Agnes "Sis" Cunningham
from Watonga, OK
February 19, 1909 - June 27, 2004 (age 95)
Biography
Agnes Sis Cunningham and husband Gordon Friesen were the founders of Broadside, the influential music journal that first published many of the most popular and enduring songs of the folk revival era, including seminal contributions from then-fledgling artists Bob Dylan and Phil Ochs. Cunningham was born in Watonga, OK, in 1909, the product of a poor farming family homesteading on the former Cheyenne-Arapaho Indian Reservation. Her father -- an avowed socialist and follower of Socialist Party of America founder Eugene Debs -- kept the family afloat through a series of natural disasters like crop failures and livestock loss, but eventually the bank foreclosed on their mortgage, forcing the Cunninghams from their home. Agnes eventually graduated from Southwestern State College in nearby Weatherford, but after four years on the job she enrolled in Commonwealth College to study radical politics; there she also began writing songs, among them How Can You Keep On Movin' Unless You Migrate Too (later covered by the New Lost City Ramblers as well as Ry Cooder), There Is Mean Things Happening in This Land, and Sundown. After leaving Commonwealth, Cunningham became an organizer for the Southern Tenant Farmers' Union, and in 1939 she also co-founded and performed with the Red Dust Players, a theatrical troupe that toured Oklahoma and its surrounding states.

While in Oklahoma City, Cunningham met Friesen, then serving as chairman of the Oklahoma Political Prisoners' Defense Committee, and the couple wed in 1941. Soon after they relocated to New York City on the encouragement of their friends Woody Guthrie and Pete Seeger, moving into their communal Greenwich Village home dubbed Almanac House. The couple also joined Guthrie and Seeger in the Almanac Singers, widely considered the first urban folksinging group. In 1942, the Almanac Singers -- whose roster also included Cisco Houston, Bess Lomax, Lee Hays, Millard Lampell, Arthur Stern, and Baldwin and Peter Hawes (and sometimes Josh White and Burl Ives) -- recorded the album Dear Mr. President, with Cunningham contributing the standout Belt Line Girls. By year's end, with most of the lineup serving in World War II, the Friesens moved to Detroit, where they formed a Motor City branch of the Almanacs; Gordon also worked as a reporter for the Detroit Times. Upon the couple's return to New York in 1944, he went to work for the Office of War Information, and was ultimately blacklisted; their musical activities were kept to a minimum as the family struggled simply to make ends meet, but during this time Cunningham did write two of her best-known songs, Mister Congressman and the civil rights-themed Fayette County.

The idea behind Broadside originated with Seeger -- while touring England in 1961, he took note of the sharp increase in new protest music penned by British songwriters, but found no parallel upon returning home to the U.S. Determining that the oppressive silence mandated by the witch hunts of the McCarthy era were at fault, Seeger suggested to songwriter Malvina Reynolds that she create a magazine designed to publish new songs inspired by current events; when Reynolds opted to focus instead on her performing career the project was shelved, until the Friesens agreed to grab the helm. Dubbing the magazine Broadside in tribute to the British tradition of printing songs on sheets of paper for sale on the streets, the couple assembled the first issue in their apartment in Manhattan's Frederick Douglass housing project, inviting leftist-minded musicians to perform their most recent songs into a reel-to-reel tape recorder. Printed on a mimeograph machine once owned by the American Labor Party and smuggled out of the apartment via a baby carriage due to the illegality of running a business from their home, the first issue of Broadside appeared in February 1962, its six songs highlighted by Talkin' John Birch Society Blues, the first Bob Dylan composition ever published. Dylan proved a Broadside regular, and the magazine's sixth issue included his breakthrough song, Blowin' in the Wind, published a year before Peter, Paul Mary recorded their hit rendition.

Broadside went on to publish more than 1,000 songs during its 26-year lifespan, including key early compositions by Phil Ochs (I Ain't Marching Anymore) and Janis Ian (Society's Child) as well as contributions from Tom Paxton, Buffy Sainte-Marie, Eric Anderson, and Peter La Farge in addition to originals from established writers like Seeger and Reynolds. At its peak, the magazine appeared monthly, but as the folk revival lost momentum, its publication dwindled to bimonthly and ultimately semi-annually by the end of the 1960s. Although its circulation never exceeded four figures, the Friesens kept Broadside afloat until 1988, publishing 187 issues in all. Gordon Friesen died in 1996; three years later, Cunningham published their collaborative memoir, -Red Dust and Broadsides: A Joint Autobiography, and in 2000, Smithsonian Folkways collected the magazine's most notable songs in the five-CD box set The Best of Broadside 1962-1988. Agnes Cunningham died June 27, 2004, at the age of 95. ~ Jason Ankeny, Rovi 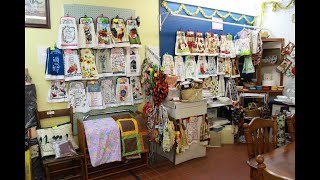 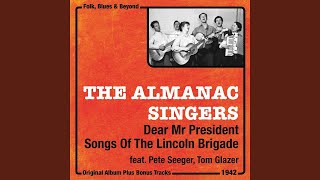 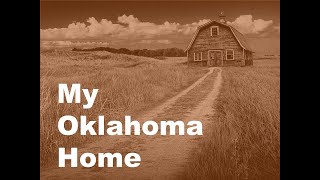 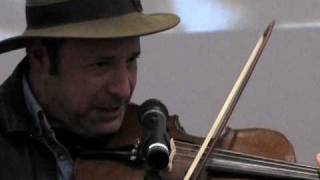 How Can You Keep On Movin'?.mov 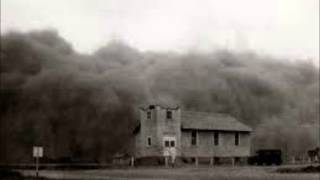 Sis Cunningham - My Oklahoma Home It Blowed Away 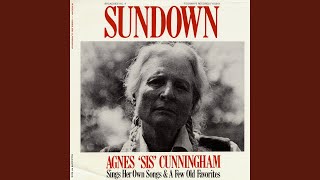 How Can You Keep on Movin' 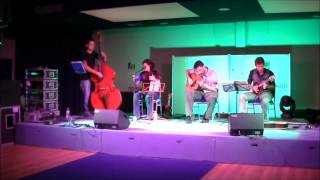 Not In My Backyard - How Can You Keep On Moving
Available here: