Born November 1, 1903, in Houston, TX, Robey's entrepreneurial spirit was nutured while growing up around the elite of Houston's black business community. Dropping out of high school, he tried his hand at being a professional gambler. After marriage and having a son, he opened a taxicab business. Combining his passion for music with his business sense, Robey became an event promoter, holding ballroom dances around the Houston area. During the late '30s, Robey left Houston for a few years for Los Angeles, opening the Harlem Grill night club. After returning to Houston in the mid-'40s, he opened the Bronze Peacock Dinner Club spotlighting top jazz talent.

In 1952, Robey merged his Peacock label with Dave Mattis' Duke Records of Memphis, TN, and Duke-Peacock was born. Robey took over full ownership of the label in 1953. Signed to Duke were legendary blues singer Johnny Ace and Roscoe Gordon. Ace had three number one RB hits: My Song, which held the top spot for nine weeks during the fall of 1952; The Clock, which was number one for five weeks in summer 1953; and Pledging My Love, which was number one for ten weeks. The rest of Ace's singles were Top Ten RB hits: Cross My Heart (number three), Saving My Love for You (number two), Please Forgive Me (number six), Never Let Me Go (number nine), and Anymore (number seven). The singer's legend only increased when he was fatally shot during a backstage game of Russian Roulette at Houston's City Auditorium, dying the following day on December 25, 1954.

Another early Duke-Peacock star was Little Junior Parker. A cousin of Al Green and a bandmate of Howlin Wolf, the singer/harmonica player first hit the charts with Feelin' Good by Little Junior's Blue Flames on Sun Records, which hit number five RB in fall 1953. His first Duke hit was Next Time You See Me (number seven RB) in 1957, and more Top Ten hits followed: Driving Wheel, In the Dark, and Annie Get Your Yo Yo. Charting 45 singles on the RB charts and 33 on the pop charts, Duke-Peacock's all-around biggest RB star was Bobby Blue Bland. A bandmate of Ace, Gordon, and Parker in the Beale Streeters and a Duke artist before the merger, Bland first charted with Farther Up the Road, a number one RB hit in fall 1957. Bland's batch of Duke-Peacock Top Ten RB hits also includes Little Boy Blue, I'll Take Care of You -- written by Brook Benton -- Lead Me On, Cry Cry Cry, I Pity the Fool, Don't Cry No More, Turn on Your Love Light, Ain't That Loving You, Yield Not to Temptation, Stormy Monday Blues, the double-sided hit That's the Way Love Is b/w Call on Me, and These Hands (Small but Mighty).

No record label can have hits without talented personnel in the background. Robey's staff included promotion/sales reps Dave Clark and Irving Marcus, as well as producer/arrangers Joe Scott, Johnny Otis, and Bill Harvey. Evelyn Johnson ran Robey's Buffalo Booking Agency. The club and the label were located at 2612 Erastus St. Robey began issuing gospel on Peacock; in fact, he issued more gospel music than blues or RB. He assembled an amazingly rich and enduring roster of gospel talent: the Dixie Hummingbirds, the Sensational Nightingales, the Mighty Clouds of Joy, the Five Blind Boys of Mississippi, Rev. Cleophus Robinson, Christland Singers (with original Soul Stirrers lead singer R.H. Harris), O'Neal Twins, the Highway QCs, Rev. W. Leo Daniels, Rev. Julius Cheeks, Swan Silvertones, Harmonizing Four, Willie Banks and the Messengers, Mildred Clark, Tessie Hill, Charles Fold and the Gospel Messengers, Sunset Travelers, and others. The Hummingbirds, who were still performing in the 1990s, made the RB charts with Loves Me Like a Rock (number 72 RB in fall 1973). That same year, the group backed Paul Simon on his gold number two pop remake of the tune in late summer 1973. Robey also released gospel on his Song Bird label, which was formed in late 1963.

In 1957, Robey started Back Beat, an RB label that had hits with O.V. Wright, Joe Hinton, and Texas rock-country singer/guitarist Roy Head and the Traits. Also signed to Back Beat was rock group the Rob Roys, which included future hit composer/producer Charles Fox (Happy Days). Carl Carlton, whose two biggest hits were the 1981 million-seller She's a Bad Mama Jama and Everlasting Love, got his first big break through Don Robey. Carlton, who started recording for Lando Records in his teens as Little Carl Carlton in 1964 in his native Detroit, was signed to Back Beat after the label picked up the Lando single Competition Ain't Nothin'.

While industry vets like Gus Redmond and Rick Roberts can talk of Robey's notorious ways, an important fact should not be overlooked: Robey was one of the first African-Americans to own a highly successful record label in the U.S., predating Motown's Berry Gordy by more than a decade. The music business can be extremely rough and Robey proved that he could be as rough as any of his peers. Robey sold Duke-Peacock to ABC-Dunhill Records on May 23, 1973. He was retained as a consultant with ABC, which reissued the Duke-Peacock catalog. During the '80s, MCA Records purchased the ABC Records catalog, including Robey's legacy. On June 16, 1975, Don Robey died in his native Houston. ~ Ed Hogan, Rovi 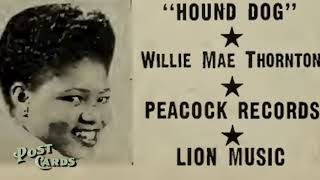 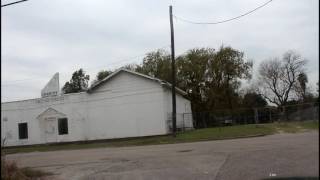 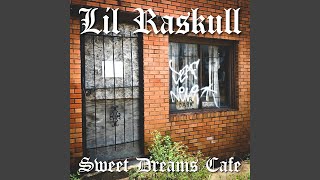 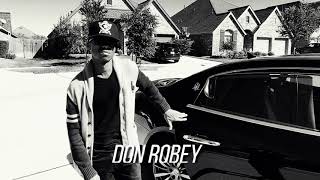 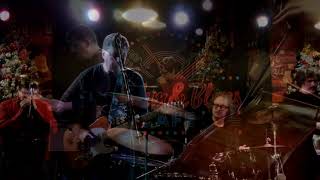 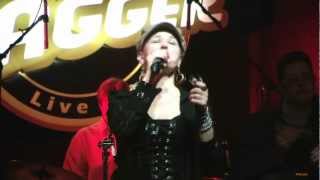 Black&White "As The Years Go Passing By" (Don Robey) 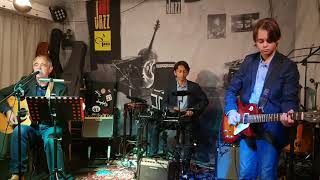