Close
Levon Helm
from Marvell, AR
May 26, 1940 - April 19, 2012 (age 71)
Biography
The longtime drummer for the Band, Levon Helm wore many musical hats throughout his long career, including multi-instrumentalist, songwriter, singer, impresario, studio owner, studio engineer, and producer. As the sole American in the Band, the Arkansas-born Helm added credibility to their fascination with American blues, country, gospel, and rockabilly styles, and his unfailingly soulful and propulsive drumming drove their performances, while his occasional vocals and mandolin work were similarly powerful. As a solo performer, Helm worked alongside respected roots music artists such as Dr. John, Paul Butterfield, and Booker T. Jones (who appeared with him on 1977's Levon Helm the RCO All-Stars) and the Muscle Shoals Rhythm Section (who appeared on two albums titled Levon Helm, released in 1978 and 1982). Working with the reunited Band and occasional acting gigs occupied Helm through much of the 1980s and '90s, but he made an impressive comeback with 2007's Dirt Farmer and 2009's Electric Dirt, which reaffirmed his strength as a songwriter and performer. In 2003, he began hosting shows at the recording studio on his estate, one of which – where he shared the stage with Mavis Staples – was documented on the 2022 release Carry Me Home.

Levon Helm was born in Elaine, Arkansas on May 26, 1940 to a farming family. His first instrument was guitar, which he began playing at age eight, but after seeing the F.S. Walcott Rabbits Foot Minstrels, he decided to switch to drums. As a youth, Helm listened to the music of the area, including radio broadcasts of The Grand Ole Opry and the blues and R&B shows on WLAC, a clear-channel station out of Nashville that became legendary in the development of R&B and early rock & roll. Accompanied by his sister Linda on washtub bass, he played various fairs and civic club shows until forming his first group, the Jungle Bush Beaters, while in high school.

After seeing an Elvis Presley concert, Helm became keenly interested in rock & roll and musicians like Bo Diddley. Eventually, he moved to Memphis, where he began sitting in with Conway Twitty. Later, he was discovered by a fellow Arkansan, rockabilly singer Ronnie Hawkins, who asked the 17-year-old Helm to join the Hawks, his backing band. The group soon relocated to Toronto, where they'd heard there was a burgeoning scene for their kind of music. In 1959, Hawkins signed to Roulette Records, where he and the Hawks cut a pair of hit records right out of the gate with "Forty Days" and "Mary Lou," which went on to sell in excess of 700,000 copies.

In the early '60s in Toronto, Helm and Hawkins recruited the rest of the members of the group that would become the Band, adding guitarist Robbie Robertson, pianist Richard Manuel, organist Garth Hudson, and bassist Rick Danko to the lineup. After numerous road trips with Hawkins, the group grew tired of the singer's abrasive manner, and they re-formed as Levon the Hawks, later changing their name to the Canadian Squires for the purpose of recording two singles. Shortly afterward, they changed their name back to the Hawks. In the mid-'60s, Bob Dylan decided to electrify his sound and wanted the Hawks to be his backing band. After putting up with too many boos at Dylan's newly electrified shows in 1965, Helm decided he'd had enough, and went back to Arkansas, thinking he would leave the music business behind him forever.

But Helm returned to action in mid-1967, when the Hawks (since renamed the Band) began working on Music from Big Pink, the first in a string of classic records that made them one of rock's most legendary acts.

After the Band's famed 1976 farewell performance, documented in the film and live album The Last Waltz, Helm cut his 1977 debut solo album, Levon Helm the RCO All Stars, with an ad-hoc group that included Paul Butterfield, Dr. John, Steve Cropper, and his former Band-mate Garth Hudson. A year later, he issued Levon Helm, a leaner, more rocking effort with backing from the Muscle Shoals Rhythm Section. When Helm was cast in the 1980 film Coal Miner's Daughter, playing the father of protagonist Loretta Lynn, he recorded a few classic bluegrass songs for the soundtrack, and the sessions produced the album American Son, a country-influenced set featuring many legendary Nashville session pickers. A second self-titled effort was released in 1982, which also featured the Muscle Shoals Rhythm Section as accompanists. In 1983, the Band reunited for an international concert tour; Robbie Robertson chose not to participate, but Helm, Danko, Hudson, and Manuel were on board, with members of the Cate Brothers Band supporting them. The reunited Band toured steadily over the next several years, pausing briefly when Richard Manuel died by his own hand in March 1986. In 1993, Helm and the Band issued a new studio album, Jericho, which included an unreleased live recording of Manuel singing "Country Boy." The album's release coincided with the publication of Helm's autobiography, This Wheel's On Fire: Levon Helm and the Story of the Band. The Band would issue two more studio albums -- 1996's High on the Hog and 1998's Jubilation -- before the death of Rick Danko in December 1999 led to the group finally calling it quits.

In the late 1990s, Helm was diagnosed with throat cancer, and began a rigorous series of radiation treatments that took a serious toll on his voice. Needing to raise money to pay his medical bills, Helm began hosting intimate concerts at the recording studio he'd built on his property in Woodstock, New York in the 1970s. Calling the shows the Midnight Rambles, they became very popular with roots music fans, and Helm and his band -- anchored by guitarist Larry Campbell and Levon's daughter, vocalist and multi-instrumentalist Amy Helm -- were soon featuring noted guest stars at the shows, running the gamut from Phil Lesh to Donald Fagan to Elvis Costello. The Midnight Ramble Sessions, Vol. 1 and The Midnight Ramble Sessions, Vol. 2, both released in 2006, included samples from some of the concerts. The following year saw the release of Dirt Farmer, Helm's first solo album in 25 years, a primarily acoustic effort informed by Appalachian folk, country, and blues, that showed Helm had gotten most of his voice back and was playing as well as ever. Later that year, the album won the Grammy award for Traditional Folk Album, though Helm didn't attend the ceremony, preferring to play a show at his studio. Electric Dirt, which as the title suggests featured an electric band and a more upbeat but still traditionalist tone, followed in 2009. A documentary about Helm, Ain't in It for My Health: A Film About Levon Helm, opened to rave reviews in 2010. Helm started taking his Midnight Ramble shows on the road, and Ramble at the Ryman, which captured highlights of Helm's 2008 concert at Nashville's Ryman Auditorium, was released on both CD and DVD in 2011. In spring of the following year, Helm's family announced that he was in the end stages of cancer, and he died on April 19, 2012. The Midnight Ramble Sessions, Vol. 3 was released the following December. In May 2022, Anti- Records released Carry Me Home, an archival recording featuring Helm and his band joining gospel and R&B legend Mavis Staples and her group for a Midnight Ramble show in June 2011. ~ Richard Skelly & Mark Deming, Rovi 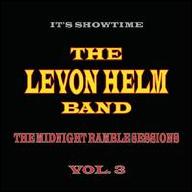 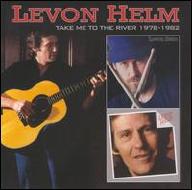 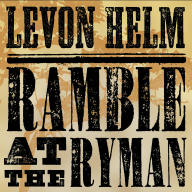 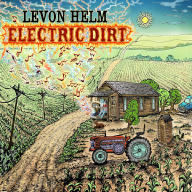 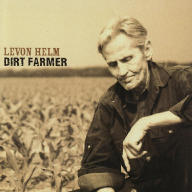 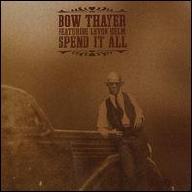 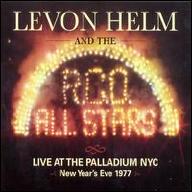 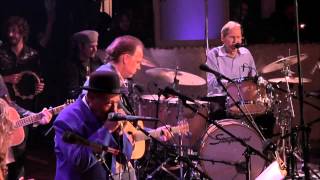 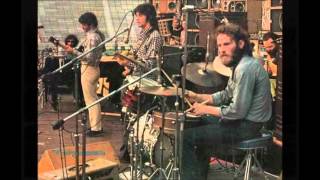 Levon Helm - When I Go Away 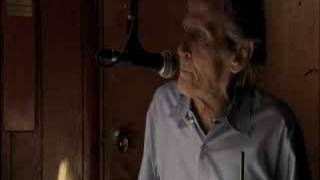 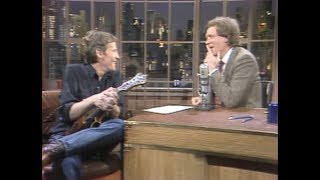 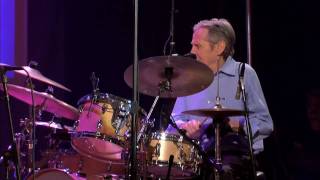 Levon Helm Ramble At The Ryman "Ophelia" on PBS 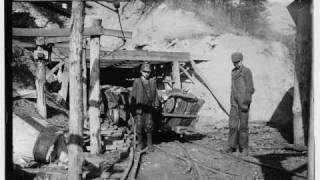 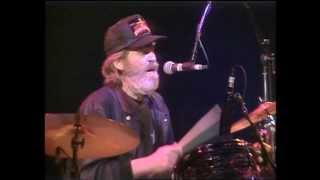 Levon Helm, Ringo Starr and the 1989 All Starr Band "Up On Cripple Creek"
Available here: