Close
Henry Stone
from Bronx, NY
June 3, 1921 - August 7, 2014 (age 93)
Biography
Born June 3, 1921, in the Bronx, NY, Henry Stone began playing the trumpet in his teens, inspired by jazz great Louis Armstrong. Later at a military camp in New Jersey, he played in bands. After being discharged in 1946, he began selling records out of the back of his car in Los Angeles. Later he became a 78 rpm record salesman for the Bihari Brothers' Modern Records, traveling across the U.S. selling to jukebox owners. In 1952, he established his own recording studio, Crystal Recording Company, and started a blues label, Rockin', and a gospel music label, Glory, in Florida. A big hit on Glory was Rev. A. Johnson's God Don't Like It. Stone did some pre-stardom recording with Ray Charles at a Tampa radio station. The resulting four songs were leased to the Bihari Brothers. Stone leased some of his labels' other releases to DeLuxe Records. Most notable was the Cincinnati, OH, vocal group the Charms. Originally recording for Stone's Rockin' label in 1953, the group scored a few hits: Hearts of Stone (number one RB for nine weeks); Ling, Ting, Tong (number five RB) and its flip side, Bazoom (I Need Your Lovin'), which went to number five RB in January 1955; and Two Hearts, which hit number eight RB in March 1955. Stone formed Chart Records in 1955 and two music publishing companies, Pelican and Sherlyn. His roster included the Champions, the Evergreens, and bandleader/pianist Sonny Thompson. At the end of the decade, he formed two other labels, Glades and Marlin. In 1960, Stone cut (Do The) Mashed Potatoes by Nat Kendrick and the Swans for the Dade label. The group was James Brown's backup band, the JBs, and scored a number eight RB hit in February of that year. Many years later, Stone recorded Brown himself on his TK imprint: Rapp Payback in 1980 and Stay With Me in April 1981. During the late '60s, Stone began Alston Records, signing Betty Wright, Timmy Thomas, and Clarence Reid. Wright's Clean Up Woman was a gold number two RB/number six pop hit single in November 1971. Reid's biggest hit was Nobody but You Babe, a number seven RB hit in July 1969. For Stone's Glades label, Benny Latimore aka Latimore hit with the late-night blues anthem Let's Straighten It Out, which stayed at number one RB for two weeks in September 1974. The singer/songwriter also broke the RB Top Ten with Keep the Home Fire Burnin' and Something 'Bout 'Cha. With the signing of KC and the Sunshine Band to his TK label, Stone found his pot of gold (and platinum) at the end of the rainbow. The band racked up five number one pop singles, four number one RB singles, and gold, platinum, and multi-platinum albums.

While working at a record store, young Harry Wayne KC Casey came in contact with Tone Distributors and TK Records. KC began hanging around Tone/TK. Stone gave KC the double-duty job of sweeping floors and packing records for shipment in the warehouse. While packing records in 1972, KC met bassist and occasional recording engineer Richard Finch. The two teens formed a creative partnership. Stone let the young men work and experiment in the recording studio when it wasn't booked and during after-midnight hours. The two cut numerous demos on themselves, just jamming. KC felt an almost paternal connection to Stone, who reminded him of his father. Soon afterwards at a wedding reception for Clarence Reid in January 1973, KC was exposed to junkanoo, the highly festive, heavily rhythmic, horn-punctuated musical genre that originated in the Bahamas. Later while accompanying TK artist Timmy Thomas to a Washington, D.C., concert as his assistant and booking agent, KC got an idea for a song after hearing the audience approvingly blowing whistles. The song, Blow Your Whistle, was KC and Finch's first professional recording and went to number 27 RB in September 1973. While cutting a demo on one of their unrecorded original songs, KC and Finch decided that the song was in a key that was too high for KC's singing range. Stone and TK A&R man Steve Alaimo suggested that they give the song to singer George McCrae. Released in early summer 1974, Rock Your Baby rolled quickly up the charts, holding the number one spot on both the RB and pop charts for two weeks during July 1974. The worldwide sales of Rock Your Baby totaled over six million singles. KC and the Sunshine Band's second single, Sound Your Funky Horn, did a little better than their first, going to number 21 RB in February 1974. With an approving nod from TK, KC and Finch brought in lead guitarist Jerome Smith, drummer Robert Johnson, and conga player Femin Goytisolo. The band's debut LP Do It Good garnered little attention in the U.S. but took off in Europe due in part to Queen of Clubs, which was a Top Ten hit in both England and Germany. A band was hastily assembled for a European tour in 1975 and expanded to include eight more musicians and singers. The fourth single, Get Down Tonight, took off, hitting number one RB in April 1975 and held the number one pop for two weeks in August 1975. Their second album, KC and the Sunshine Band, was released in July 1975. To capitalize on the band's success, TK released instrumental singles by the Sunshine Band. An instrumental album, The Sound of Sunshine, was released in 1979. That's the Way I Like It, another single from their self-titled album, echoed the success of Get Down..., hitting both number one RB and pop in 1975. The LP went multi-platinum. In 1976, the band won five Grammys. (Shake Shake Shake) Shake Your Booty was the group's third number one hit, topping the RB charts for a month during July. The mega-platinum-selling Saturday Night Fever soundtrack included KC and the Sunshine Band's Boogie Shoes. The band selling tens of millions of records brought prestige to the little independent record label based in Hialeah, FL, no doubt bolstering other acts on the label.

Other TK Top Ten hits from that period include: Little Beaver's (aka Willie Hale) Party Down and Peter Brown's Do You Wanna Get Funky With Me, Dance With Me, and Crank It Up (Funk Town) Pt. 1. In 1979, crooner Bobby Caldwell signed with TK Records. It seemed an odd signing at the time, as the label was the home to disco/soul/blues-oriented artists and Caldwell was a jazzy, romantic balladeer. No matter, since Caldwell's first single, What You Won't Do for Love, climbed to number six RB and number nine pop in the fall of 1978. Several tracks from his albums were in heavy rotation on RB-oriented FM stations. Later, Caldwell and his manager Henry Marx started Sindrome Records, buying the rights from TK and reissuing the albums and new Caldwell material perfectly suited for the smooth jazz radio format. TK also struck gold with Anita Ward's Ring My Bell. Written and produced by artist Frederick Knight (I've Been Lonely So Long), Ring My Bell rung its way up to the number one RB spot in just six weeks and stayed there for five weeks. The catchy track stayed at number one pop for two weeks during summer 1979. Ring My Bell started a trend with its use of a "boingy" syndrome with several acts duplicating the sound on numerous records that came after it. DJ Jazzy Jeff and the Fresh Prince did a million-selling Top Twenty RB/pop cover of the tune in 1991. George McCrae's wife Gwen MacCrae had three hits: For Your Love, the number one RB Rockin' Chair, and Love Insurance. Rock group Foxy's Get Off was number one RB for two weeks in summer 1978.

Around the end of the '70s, KC and Finch and TK began to have conflicts. Some say that this was reflected in the relatively poor chart showings of their releases. Of course, it also could have meant that public tastes were changing. The title track of KC and the Sunshine Band's fifth album Do You Wanna Go Party (June 1979) went to number eight RB in 1979. As not to put all their eggs in one basket, KC and Finch included ballads on the LP. Originally the B-side of I Betcha Didn't Know That, Please Don't Go slowly made its way to number one pop in January 1980. That same year, TK Records filed for bankruptcy. After selling over 75 million albums and millions of singles on TK, KC and the Sunshine Band signed with Epic Records. None of the ensuing releases were hits and the band broke up. Ironically, KC didn't have another hit until he partnered with a Southern businessman to start his own independent label, MECA. Buying the rights from Epic, he re-released the European hit single Give It Up and it became a Top Twenty pop hit in the U.S. in 1983. The TK catalog was sold to Rhino Records in the '90s and they have issued numerous reissues. A number of major-selling hip-hop acts have used samples from TK releases as the basis for their recordings. Stone died on August 7th, 2014 in Miami, Florida. ~ Ed Hogan, Rovi 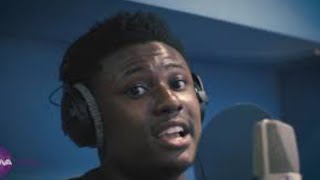 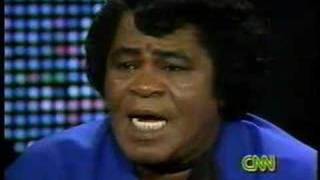 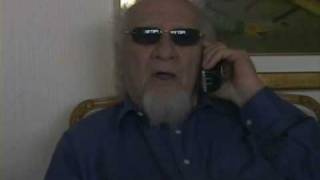 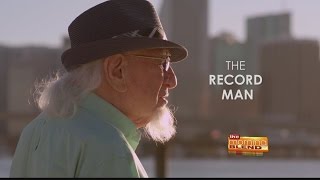 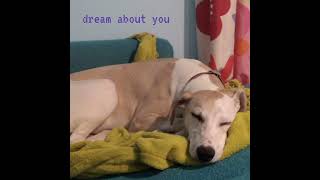 Henry Stone - Dream About You 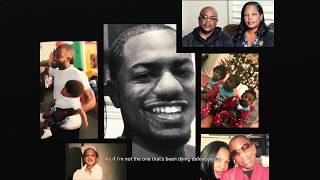 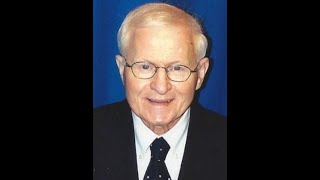