Close
Aaron Dessner
from Cincinnati
April 23, 1976 (age 46)
Biography
American producer and multi-instrumentalist Aaron Dessner is best known as a songwriter, arranger, and guitarist for indie rock group the National, although he has undertaken a staggering amount of work outside of the band, including various side projects, charity albums, productions, festival curations, and work for both the stage and the screen. His sound is characterized by his deft ability to merge subtlety with grandiosity and warmth.

He grew up alongside his equally talented twin brother Bryce and his childhood friend Bryan Devendorf. Graduating from Cincinnati Country Day School in 1994, he went on to study Modern European history at Columbia University. After his original band Project Nim broke up in 1998, the Dessners and Bryan enlisted Bryan's older brother Scott Devendorf and Matt Berninger to form the National. In order to release their self-titled debut album, he set up Brassland Records alongside his brother and Alec Hanley Bemis. The second National album, 2003's Sad Songs for Dirty Lovers, also saw release on that label. The success they had from there led to them signing with Beggars Banquet, which would put out the third National album, 2005's Alligator, and the first that Aaron received production credits for. After the Nationals' fourth album, 2007's Boxer, Aaron began spreading his wings a little more, helping to produce the charity compilation album Dark Was the Night in 2009. The record featured exclusive recordings from various high-profile artists, including David Byrne, Arcade Fire, Sufjan Stevens, and Bon Iver. The compilation was put together alongside Justin Vernon, and as well as helping with the production, Aaron had sent Vernon a sketch of a song called "Big Red Machine" to appear on the track list. Within the same year, Aaron also produced the Doveman album The Conformist and worked with Matthew Richie on a music and visual project based on the Mayan creation story, Popol Vuh; the latter project featured a 12-piece orchestra and guest vocalists, including Kim and Kelley Deal, Berninger, Shara Worden (My Brightest Diamond), and Tunde Adebimpe (TV on the Radio). The fifth National album, 2010's High Violet, was recorded in Aaron's garage in Brooklyn. In the interim he produced Sharon Van Etten's 2012 album Tramp and launched the Crossing Brooklyn Ferry Festival alongside his brother Bryce.

The National returned to Aaron's garage to record 2013's Trouble Will Find Me, the same year they released their band documentary Mistaken for Strangers. Also in the same year, he produced Local Natives' Hummingbird, co-wrote the score for Big Sur, and launched the Boston Calling Festival. More production credits followed in 2015, after working on the Lone Bellow's Then Came the Morning and This Is the Kit's Bashed Out. That same year was his first performance with Forever Love, a collaboration between the Dessners, Ragnar Kjartansson, and Gyða and Kristín Anna Valtýsdóttir, formerly members of the Icelandic band múm. The idea behind the project was to combine music with visual and performance art. This coincided with the launch of his third festival, Eaux Claires, this time in collaboration with Vernon. Aaron's production credits for 2016 included Lisa Hannigan's Swim, Frightened Rabbit's Painting of a Panic Attack, and another charity compilation, Day of the Dead. The compilation was similar to Dark Was the Night, although this time the songs were recorded utilizing an in-house band comprised of the Dessners and the Devendorfs. Collaborators included Wilco, Flaming Lips, and the War on Drugs. Later the same year, the Dessners co-wrote the score for Transpecos and Aaron, Bryce, and Vernon helped to run the PEOPLE Festival in Berlin.

For the National's seventh album, 2017's Sleep Well Beast, the band was housed at Aaron's New York studio, Long Pond. Aaron and Vernon set up their own record label, 37d03d, in 2018, through which they released the debut album of their side project Big Red Machine, based off the song sketch Aaron had sent Vernon back in 2009. Aaron also took part in his first stage production in 2018, an adaptation of Cyrano, with help from Bryce, Carin Besser, Berninger, and Erica Shmidt. The National's eighth album, I Am Easy to Find, arrived in 2019. The following year saw an increase in Aaron's production output, including the Lone Bellow's Half Moon Light and Eve Owen's Don't Let the Ink Dry; it also marked the beginning of Aaron's collaboration with Taylor Swift, with whom he co-wrote and produced both Folklore and Evermore. He continued his work with Swift in 2021, helping her re-record her back catalog, including updated versions of 2008's Fearless and 2012's Red. He also found the time to co-produce Ben Howard's Collections from the Whiteout. A second Big Red Machine album dropped in 2021, How Long Do You Think It's Gonna Last? The album included a host of collaborators, including Howard, Van Etten, and Swift. The Dessners' stage and screen work continued as well, with them co-writing the score for C'mon C'mon and the screen adaptation of Cyrano. ~ Liam Martin, Rovi 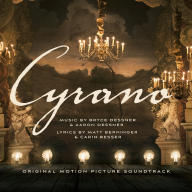 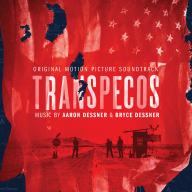 Someone To Say
2021
Videos
Close 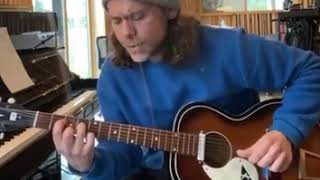 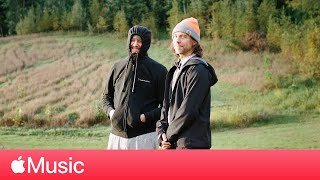 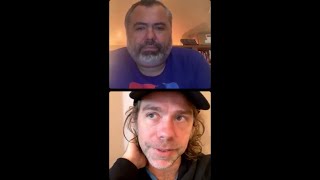 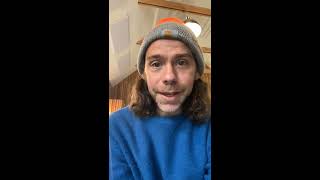 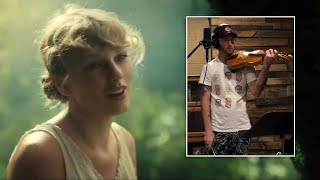 Musician finds out his work is on Taylor Swift's new album 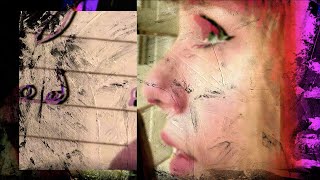 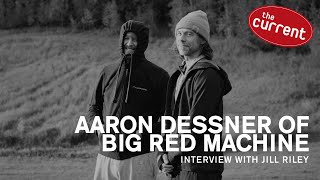