Close
Arthur Blythe
from Los Angeles, CA
July 5, 1940 - March 27, 2017 (age 76)
Biography
For a time in the late '70s and early '80s, it seemed as if jazz's avant-garde was on the verge of a popular breakthrough in the person and music of Arthur Blythe. Blythe was signed by Columbia Records; the label's hype-heavy promotion of the saxophonist almost made him a star. It didn't work; Blythe was too "out" for the masses. Columbia realized that it had made a mistake by expecting too much of the public, and threw its promotional weight behind a more malleable, less threatening young prince by the name of Wynton Marsalis. And the rest is history.

Arthur Blythe grew up in San Diego. He began playing music in school bands at the age of nine. In his teens he studied with a former member of Jimmie Lunceford's sax section, Kirtland Bradford. After moving to Los Angeles in 1960, he began playing with pianist/bandleader Horace Tapscott. In 1961, the two became founding members of the Union of God's Musicians and Artist's Ascension. Blythe recorded under Tapscott's leadership in 1969 and worked regularly with the pianist until 1974.

After moving to New York, Blythe worked and recorded as a sideman with Chico Hamilton (1974-1977) and Gil Evans (1976-1980). He first recorded as a leader in 1977. He was no young lion; Blythe was 37 years old when his first records, The Grip and Metamorphosis, were released on the independent India Navigation label. By then, Blythe was a fully developed, mature artist, a free-influenced player who was also capable of playing older styles in an utterly personal and borderline iconoclastic way. When Blythe played a standard, he imbued it with all that had happened in jazz since it was written, up to and including the free techniques that were integral to his concept; one could hear traces of his predecessors, but as an affectionate remembrance, not an affectation.

Blythe's style varied mostly in the form of his contexts. His earliest recordings feature unusual instrumentation; 1977's Bush Baby featured the saxophonist in a transmogrified version of the sax-bass-drums trio, with Bob Stewart on tuba and Muhammed Abdullah on conga. During his Columbia days, Blythe maintained two separate but equal performing units. One was the so-called "electric band," a free funk-oriented quintet with Stewart, cellist Abdul Wadud, drummer Bobby Battle, and, at various times, electric guitarists James Blood Ulmer and Kelvyn Bell. The other was an acoustic jazz quartet that took its name from its first Columbia release: 1979's In the Tradition. The band included bassist Fred Hopkins, drummer Steve McCall, and pianist Stanley Cowell. That album gained Blythe a great deal of critical and popular attention. In retrospect, In the Tradition can be seen as a forerunner to the hard bop revival that dominated major-label jazz in the '80s and into the late '90s -- a development that ultimately consigned progressive jazzers like Blythe to the margins.

Blythe made several records for Columbia of varying quality. Lennox Avenue Breakdown and Illusions were very strong; others were not. By 1984's Put Sunshine in It -- a disturbingly inane (and perhaps last-ditch) effort at grabbing a portion of the expanding jazz fusion market -- Blythe's welcome at Columbia had just about worn out. He did rebound a bit with 1987's Basic Blythe, an In the Tradition-type album that was unnecessarily cluttered by a string section. The record was his last for Columbia.

Blythe recorded less frequently in the late '80s and '90s. He and David Murray were a state-of-the-art sax section on one of the most highly praised albums of the '80s, Jack DeJohnette's Special Edition. Blythe also joined Lester Bowie, Chico Freeman, Don Moye, Kirk Lightsey, and Cecil McBee in a band rather presumptuously called the Leaders, which recorded a pair of well-received albums for Black Hawk and Black Saint. Blythe briefly replaced Julius Hemphill in the World Saxophone Quartet in 1990. He recorded for Enja in the '90s; 1991's Hipmotism featured a revamped version of his "electric" group; 1993's Retroflection was an acoustic effort. In 2002, Blythe enlisted marimba player William Tsillis, tuba player Bob Stewart, and drummer Cecil Brooks III, releasing Focus on Savant. Exhale followed on Savant in 2003, and featured pianist John Hicks in addition to tubaist Stewart and drummer Brooks.

Blythe died in Lancaster, California in March 2017 at the age of 76. He possessed one of the most easily recognizable alto sax sounds in jazz, big and round, with a fast, wide vibrato and an aggressive, precise manner of phrasing. His lines were frequently quite baroque and always well-defined; his playing had sometimes been criticized (unfairly, some would say) as being overly ornamental, but he was certainly capable of improvising melodies of great character and originality. ~ Chris Kelsey, Rovi 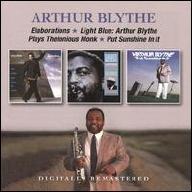 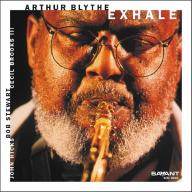 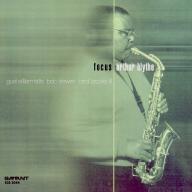 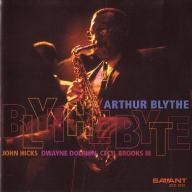 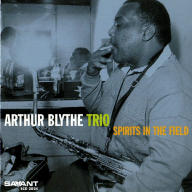 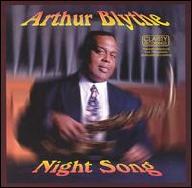 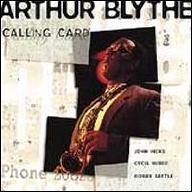 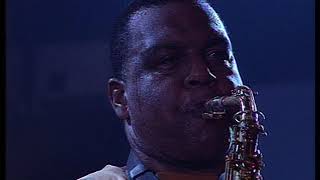 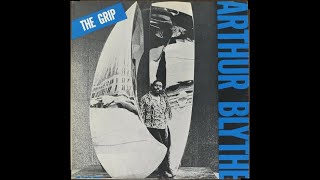 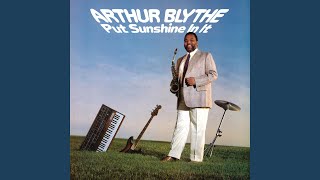 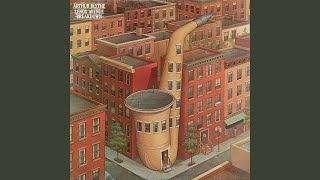 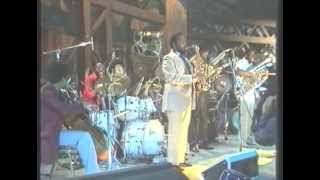 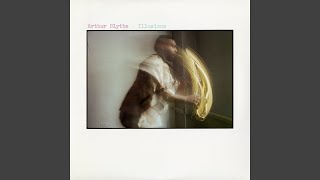