Close
World Saxophone Quartet
formed January 1, 1977 - January 1, 2016 (age 38)
Biography
Probably the first of several saxophone-only ensembles that proliferated in jazz after 1975, the WSQ was unquestionably the most commercially (and, arguably, the most creatively) successful. Of course, commercial success is a relative thing in jazz, especially when one is speaking of an avant-garde group. But unlike most free jazz artists, the WSQ managed to attract an audience of significant size, large enough to have garnered a major-label record deal in the '80s, an almost unheard-of occurrence in that retro-jazz decade. The band did it on merit, too, with only a hint of compromise (manifested mainly by albums of R&B and Duke Ellington covers). By the time their first record on Elektra/Musician came out in 1986, the band had evolved from its fire-breathing, free-improvising, ad-hoc beginnings into a smooth-playing, compositionally minded, well-rehearsed band. At its creative peak, the group melded jazz-based, harmonically adventurous improvisation with sophisticated composition. All of the group's original members (Julius Hemphill, alto; Oliver Lake, alto; David Murray, tenor; and Hamiet Bluiett, baritone) were estimable composers as well as improvisers. Each complemented the whole, making them even greater than the considerable sum of their parts. As a composer, Hemphill drew on European techniques (though his tunes were not without an unalloyed jazz component), while Bluiett was steeped in blues and funk. Lake and Murray fell somewhere in between. As soloists and writers, the early WSQ covered all the bases.

The WSQ were founded in 1976 after the four original members (all of them well-established solo artists) accepted an offer by Ed Jordan, the chairman of the music department at Southern University in New Orleans, to conduct a series of clinics and performances with and without a local rhythm section. The enthusiastic audience response to the unaccompanied saxophones convinced the musicians to develop the concept. They played a gig at the (now defunct) Tin Palace in New York, calling the group the Real New York Saxophone Quartet. They were later forced to change the name after reportedly being threatened with a lawsuit by the preexisting New York Saxophone Quartet; hence, the World Saxophone Quartet. In 1977, the band recorded its first album, an almost completely improvised effort called Point of No Return, for the Moers Music label. Later releases on Black Saint documented the band's increasing interest in composition. The membership stayed constant until Hemphill's departure in 1989. Arthur Blythe was the first of Hemphill's several replacements. Blythe was with the band from 1990-1992, and from 1994-1995. James Spaulding joined briefly in 1993, and was quickly replaced by Eric Person. In 1996, after Blythe's second tenure, John Purcell took and held the chair.

Although they were a sax-oriented group, the WSQ's members were also multi-instrumentalists. The band always incorporated a wide variety of woodwinds into its sound. After Rhythm Blues (1986, Elektra/Musician), the WSQ began using other musicians in their recordings and performances. Metamorphosis (1990, Elektra/Musician) added African drummers and electric bassist Melvin Gibbs. Later records utilized pianists, vocalists, bassists, and drummers. In adding other musicians, the band sacrificed part of its distinctiveness. The novelty of the band's original approach, and its ability to swing so hard sans rhythm, had set it apart. By the end of the '90s, the WSQ had lost their major-label deal. The group continued performing and recording into the new millennium, but in 2016 when health issues forced Hamiet Bluiett (who died in 2018) to stop playing, the other WSQ members decided to disband. ~ Chris Kelsey, Rovi 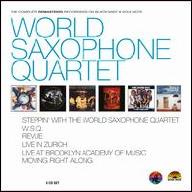 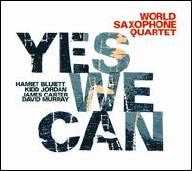 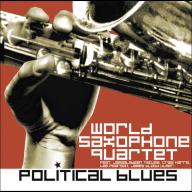 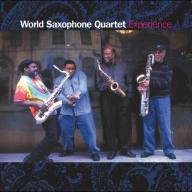 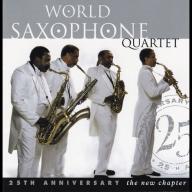 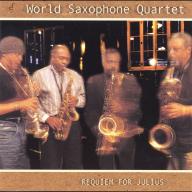 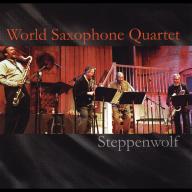 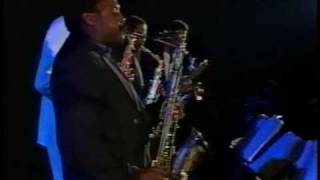 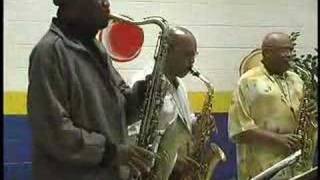 The World Saxophone Quartet - Video 1 of 4 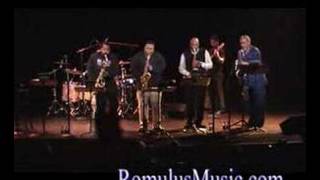 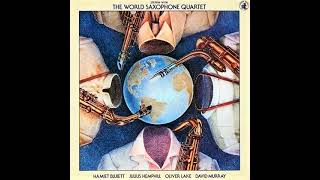 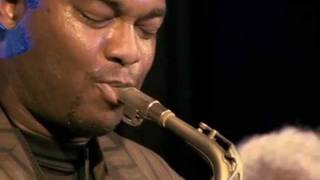 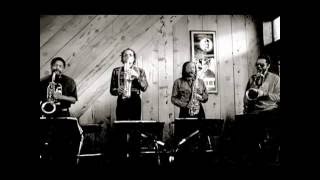 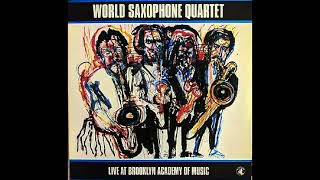