Close
Showaddywaddy
Biography
One of the finest rock & roll revival bands of the 1970s, Showaddywaddy also proved to be one of the most successful and enduring. Originally styled as a British answer to American retro-masters Sha Na Na, Showaddywaddy found themselves scooped up into the glam rock basket; indeed, at a time when rival giants Mud, Wizzard, and the Rubettes were also mining the '50s for inspiration, Showaddywaddy swept ahead with barely a glance over their shoulder. The group's run of greatest hits sounds devastatingly pure, even authentic, while further evidence of their resilience can be garnered from the fact that Showaddywaddy are regularly gigging, a full 50 years after the bandmembers first heard the music which brought them such fame.

Showaddywaddy formed in 1973 in Leicester, England, from the union of two local groups, the Choice and the Hammers. Both were regulars at the Fosse Way pub, frequently appearing on the same bill and often ending those evenings with a full-on jam session. Such impromptu gatherings were immediately successful -- indeed, while both bands continued to gig in their own right, it swiftly became apparent that the real magic was made when they came together as one mighty octet. Plus, at a time when Gary Glitter was making a virtue of having two drummers in his band, this new aggregation could also boast two bassists (Al James and Rod Dees), two guitarists (Russ Field and Trevor Oakes), and two singers (Dave Bartram and Buddy Gask). Drummers Malcolm Allured and former Black Widow percussionist Romeo Challenger completed the lineup; a full '50s-style wardrobe completed the experience.

Dubbed Showaddywaddy, the group entered and won television's #New Faces talent show in 1974. They were rewarded with a support slot on David Cassidy's latest British tour and a recording contract with his then-label Bell. Paired with producer Mike Hurst, Showaddywaddy scored their first hits that same year, with the decidedly Gary Glitter-esque Hey Rock'n'Roll and Rock'n'Roll Lady. They were swift to claim their own identity, however. The 1974 Christmas hit Hey Mr. Christmas and the new year's Sweet Music then gave way to a succession of remarkably individual '50s covers -- Eddie Cochran's Three Steps to Heaven, Buddy Holly's Heartbeat, Sam Cooke's Chain Gang interspersed with Showaddywaddy's own note and stylistically perfect originals.

Their foolproof instincts were proven when they recorded Under the Moon of Love, a song originally recorded by Mud, but passed over as a single. It gave Showaddywaddy their first British number one hit in December 1976, at a time when virtually every other band in the glam pack was feeling fortunate if they scraped the Top 40. Indeed, Showaddywaddy wouldn't simply outlive their original peers. They continued racking up further hits into the early '80s, even presiding over (and outliving) a whole new generation of rock & roll revival acts (Darts and Rocky Sharpe the Razors both jousted for Showaddywaddy's crown during the late '70s). The band's final hit, a version of Who Put the Bomp, reached number 32 in August, 1982.

Showaddywaddy never gave up. Turning their attention to the cabaret and nostalgia circuits, the group continued gigging heavily, with the 2001 lineup including five members of the original octet. Of the remainder, Allured and Gask (plus a later bandmember, Ray Martinez) perform as the Teddys. The Sun Album appeared in 2008. ~ Dave Thompson, Rovi 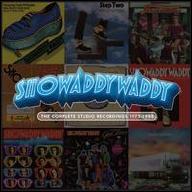 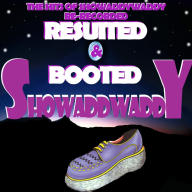 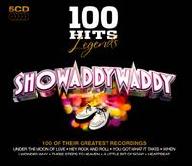 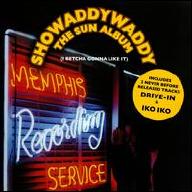 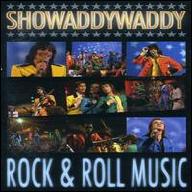 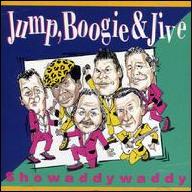 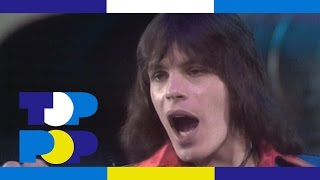 Showaddywaddy - Under The Moon Of Love • TopPop 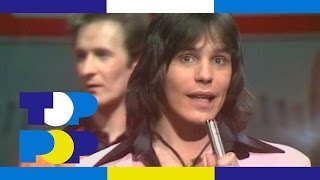 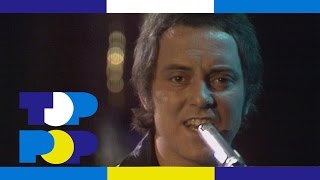 Showaddywaddy - I Wonder Why • TopPop 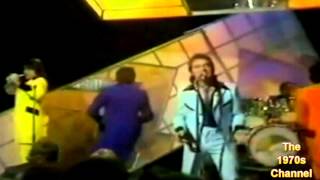 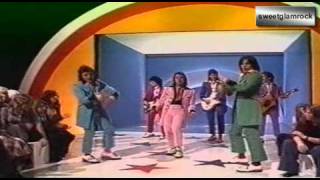 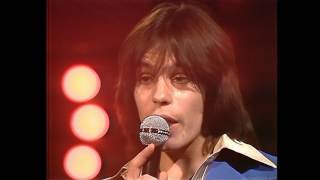 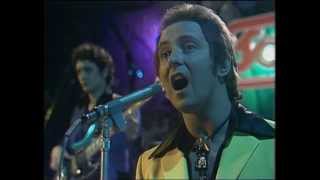 Showaddywaddy - I Wonder Why on TopPop
Available here: