Close
Scotty Moore
from Gadsden, TN
December 27, 1931 - June 28, 2016 (age 84)
Biography
Scotty Moore was one of the great pioneers of rock guitar. As the guitarist on Elvis Presley's Sun recordings, he may have done more than anyone else to establish the basic vocabulary of rockabilly guitar licks, as heard on classic singles like "That's All Right," "Good Rockin' Tonight," "Baby Let's Play House," and "Mystery Train." Moore took the stinging licks common to both country music and blues, and not only combined elements of country & western and R&B, but added a rich tone through heavier amplification. His concise, sharp phrasing and knack for knowing both what to play and when not to overplay were perfect accents to Presley's vocals. Although his Sun riffs may be his most famous, Moore in fact continued to play on Presley records until the late '60s and laid down some of his best accompaniments to the star on RCA discs. Unsurprisingly, the best of these were in Elvis' early RCA years in the 1950s, when Moore added more wattage and recklessness to his riffs to come out with classic solos on "Hound Dog," "Jailhouse Rock," and "Too Much," among others.

As extensive as Moore's résumé with Presley was and as well-known as his solos are, he actually contributed more to Presley's career than is often realized. He was crucial to Presley's early live shows and did much to help advance Elvis' career in business capacities. He also did quite a bit of production and recording work, for several decades, in which Presley was not involved. He also had a brief career as an instrumental solo artist, although the mid-'60s album released under his name, The Guitar That Changed the World, was not the ideal showcase for his skills.

After a lengthy stint in the Navy, Moore settled in Memphis in the early '50s, playing honky tonk music when not working at a dry cleaners. His band, Doug Poindexter the Starlite Wranglers, recorded a routine country single for Sun Records in the spring of 1954. Although the record did nothing, and the band would soon break up, Moore gained a valuable musical partner in their bassist, Bill Black. When Sun Records and its owner/producer, Sam Phillips, were mulling over trying a recording with young hopeful Elvis Presley, and in general looking for a new musical direction, Moore, Black, and Presley started to play together, groping for some common musical ground. Very shortly after Moore met and played with Presley for the first time, they were at Sun on July 5, 1954. This was the session that resulted in "That's All Right," the first great rockabilly record and possibly the first great rock & roll record made by white musicians. All three musicians made stellar contributions to the track by shedding their inhibitions, mixing country and blues, and going into new territory, Moore's soloing imbued with a masterful fluidity and crisp reverb.

In 1954 and 1955, Moore and Black were nearly equal partners with Presley; indeed, on Sun releases they were billed as Elvis Presley, Scotty, and Bill. What's more, Moore became Presley's first manager, in a July 1954 contract that identified Moore as the bandleader. The trio played together live and with increasing success on the Southern circuit, and inevitably, as Presley started to attract wide attention and come into his own as a frontman, more powerful interests edged Moore out of his business role in the band. First Bob Neal, and then Colonel Tom Parker, took over Presley's management. By the summer of 1955, Moore and Black became salaried employees of the act rather than the partners. Drummer D.J. Fontana was added to the band shortly afterwards, and the musicians continued to record, and play live with, Elvis when the singer began recording with RCA in 1956.

While additional musicians on RCA sessions would sometimes make Moore's role less prominent than it had been at Sun, Scotty still added a great deal to Elvis' earliest and best RCA discs. There was the chilling, fiercely echoing solo on "Heartbreak Hotel," the almost avant-garde mad runs up and down the scales on the solos of "Hound Dog" and "Too Much," the brief but blasting one on "Jailhouse Rock," and the bubbly one on "My Baby Left Me," which was as pure and sparkling as anything Moore had played at Sun. Still, Moore and Black became less close to Elvis both personally and professionally. Some biographers have speculated that Parker viewed anyone who had a close personal and artistic relationship with Elvis as a threat to his own power over the singer and that the manager tried to drive a wedge between Elvis and the other musicians, or even force Moore and Black out of the picture. For the soundtrack of Love Me Tender, Scotty and Bill were not allowed to record with Presley. (They did help on other soundtracks from the period, as well as appearing in some Presley movies.)

Frustrated with their limited salaried incomes as Presley became a superstar and earned more and more, Moore and Black gave Presley letters of resignation in September 1957. Although this was patched up after about a month, tension remained, and in any case Moore and Black were out of work again early in 1958, when Presley was drafted. Moore began working at Fernwood Records in production and got a big national hit with Thomas Wayne's "Tragedy" in 1959. When Elvis returned from the Army in 1960, Moore resumed playing sessions for him, although Black was not involved any longer, having started a successful solo career as the leader of the instrumental Bill Black Combo. There wasn't a lot of income from either Fernwood or Elvis, though, so Moore began working for Phillips as a production manager in 1960, continuing to work with Elvis occasionally.

In 1964, perhaps influenced by the success of former bandmate Black, Moore released an entire album of instrumentals for Epic in 1964, consisting of versions of songs recorded by Elvis in the 1950s, on which (with one exception) Scotty had played. Although Moore played well on the LP, it was rather pointless given the superiority of the Elvis versions and sold few copies. In March of 1964, Moore was fired by Phillips, and the guitarist moved to Nashville to work at Music City Records as an engineer, as well as doing some producing. His ongoing work with Presley as a session guitarist finally came to an end in the late '60s, although he did appear on-stage with Elvis on the singer's heralded 1968 television comeback special.

Moore continued to work as an engineer, occasionally crossing paths in this capacity with unexpected clients such as Ringo Starr, Tracy Nelson, Mother Earth, and the Holy Modal Rounders. He got back into playing guitar again, after a layoff of about 25 years, on recordings and live shows with Carl Perkins in the early '90s. In 1997, he did a tribute album to Elvis Presley with D.J. Fontana, All the King's Men, which included appearances by Keith Richards, Levon Helm, Jeff Beck, and Ronnie Wood. The presence of such heavyweights was a testament to the influence of Moore on other guitarists, not just rockabilly ones, but also rockers of a later generation, such as Richards. The Rolling Stones guitarist, indeed, was quite vocal and enthusiastic in his praise of Moore, even saying that it was hearing "Heartbreak Hotel" that made him want to devote his life to playing guitar. Moore's life story, both with and without Elvis, is recounted in the autobiography That's Alright, Elvis, co-written with James Dickerson. Scotty Moore died at his Nashville home in June 2016 at 84 years of age. ~ Richie Unterberger, Rovi 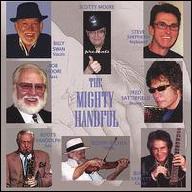 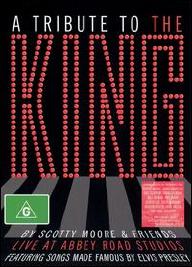 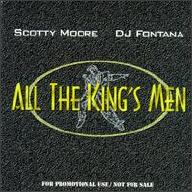 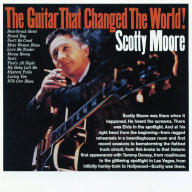 The Guitar That Changed The World!
1964
Videos
Close 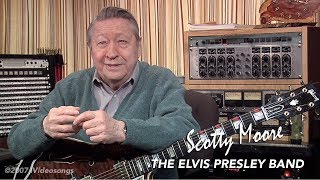 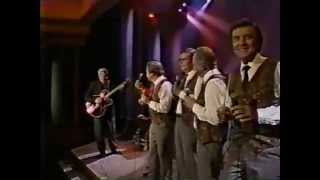 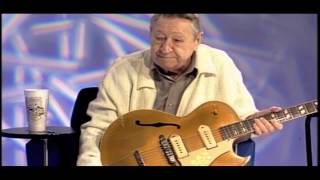 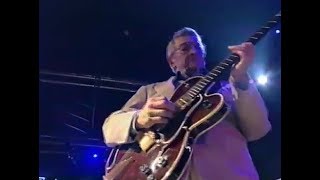 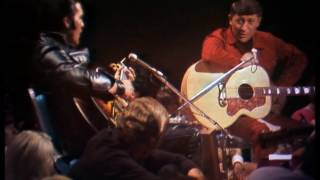 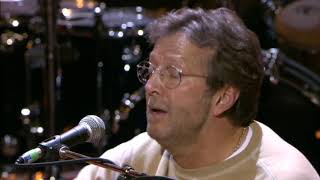 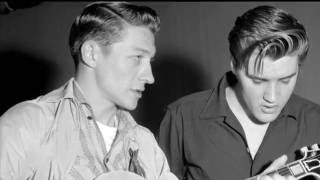