Close
Seth Justman
from Washington DC
January 27, 1951 (age 71)
Biography
When it comes to keyboard players in rock roll, Seth Justman may not have the name recognition of Ray Manzarek, or the distinctive modern style of Cars wizard Greg Hawkes, but as with most members of the J. Geils Band, he confirms Euclid's axiom that the whole is equal to and greater than the sum of its parts. Justman's production skills, songwriting, and sound were and are as essential to the unit that brought him success as anyone else in that ensemble.

A search on the web brings the usual 1,000 pages or so, especially because of his hand in writing and producing some of the group's major hits. In-depth and especially excellent fan-club pages abound, giving interesting looks at the man who penned Just Can't Wait and the entire Love Stinks album on his own after years of co-writes with Peter Wolf. Though Barry the Remains opened for the Beatles in 1966, it was the J. Geils Band that was known as the pre-eminent band in New England. When they originally signed to Atlantic Records, as chronicled in the Fred Goodman book -The Mansion on the Hill, it was Atlantic's radio promotion star, Mario Medious, who hooked the Justman-less group up with Jerry Wexler for the aborted Jon Landau sessions.

Prior to joining J. Geils, Peter Wolf, Danny Klein, Stephen Bladd, and Magic Dick, Justman was a student at Boston University. As J. Geils told AMG, "Seth came along a year or two later; he used to come to a lot of our gigs, and at the end of the night he'd sit down at the piano and play some Otis Spann stuff...he was the youngest guy in the band, a nice guy (who) could play his ass off. I said, 'Maybe we ought to consider having him join the band.' It was then the group found out he also had a Hammond organ and a Leslie, not a B3, a lesser model (one that) basically made that Hammond B3 thing (sound)...so I said, 'Why don't we have him come over to a rehearsal, see what happens.' (Drummer) Stephen (Bladd), who was a big Rascals fan with their big organ-dominating group, said, 'yeah,' so Seth came to rehearsal. I think we played a tune and a half and said, 'You're in, man.'" Geils recalls Peter Wolf liking the sound but looking at the big organ and saying, "What's this piece of furniture? It looks like it belongs in my grandmother's living room."

It turned out that Justman became one of the major writers of original material and the guy whose production genius would catapult the group to a bigger level of success than the records made by Bill Szymczyk, Brad Shapiro, Geoffrey Haslam, and the other producers/engineers on Atlantic. When Monkey Island came to be, Justman's abilities were in full bloom, work that would bring the band its most intensely commercial sound on the hits for EMI America -- Centerfold, Freeze Frame, Love Stinks, Just Can't Wait -- all catchy and ready for radio. It's also interesting to note that his brother, Paul Justman, directed many of the J. Geils Band's videos.

One of his very early co-writes with Peter Wolf, the song Wait from the first J. Geils LP on Atlantic, was recorded by Lew Lewis, the Inmates, and Dave Edmunds -- but it is on film soundtracks that his music really gets some notice. Joan Jett the Blackhearts performed Love Stinks in the 1996 film #Mr. Wrong, the J. Geils Band version got into 1998's #The Wedding Singer, but in 1999, actor French Stewart from the TV series #Third Rock From the Sun actually plays a Justman in a film named after that very tune, with the title track, Love Stinks, performed by Ms. Toi/Himalayaz. The name of the lead role being the same name as the keyboard player who co-wrote the title tune is just a little too remarkable to be a coincidence. And right after that in 2000, Freeze Frame made it into the #Lucky Numbers film.

One would think Justman would be more involved in production and film work. He did produce Debbie Harry's second solo LP, 1986's Rockbird, co-writing three tunes with Blondie herself -- Buckle Up,

You Got Me in Trouble, and Free to Fall -- and did part of the arrangement on What Becomes of the Broken Hearted for the #Standing in the Shadows of Motown film directed and co-produced by brother Paul Justman, referenced above in regards to his J. Geils video work. A figure as enigmatic as he is talented, the final person to join the J. Geils Band, Seth Justman, is also its most paradoxical. ~ Joe Viglione, Rovi 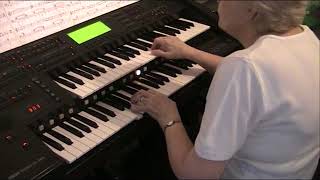 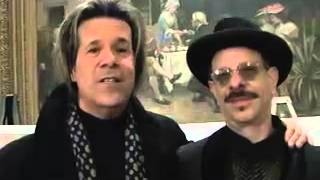 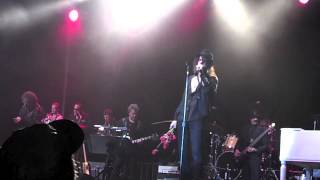 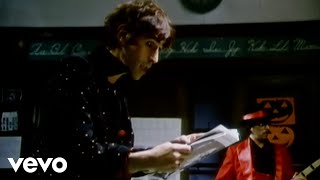 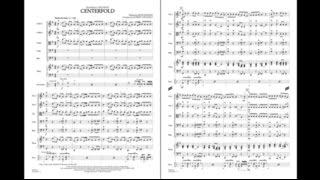 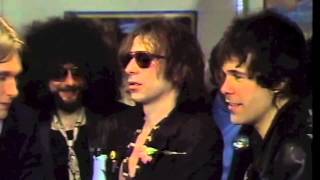 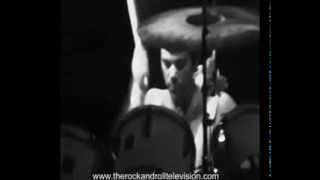 J. GEILS BAND - Give It To Me / Instrumental
Available here: