Close
The McGuire Sisters
from Middletown, OH
formed January 1, 1949 - January 1, 1968 (age 18)
Biography
The mere mention of the name the McGuire Sisters evokes images of '50s America and comfortable, white middle-class life and aspirations. Their work was the perfect musical embodiment of the popular white culture of the period, of a piece with Snooky Lanson and Gisele MacKenzie on Your Hit Parade, and Dwight Eisenhower's America. They even came from a place called Middletown. Christine (b. 1929, d. 2018), Dorothy (b. 1928, d. 2012), and Phyllis (b. 1931, d. 2020) were from Middletown, Ohio, the daughters of Asa and Lillie McGuire. Lillie McGuire was an ordained minister, and the girls' first singing experiences were in church -- indeed, secular music was frowned upon in the household -- and they had to sneak the Andrews Sisters and other popular acts into their regular listening. They sang at weddings, funerals, and revival meetings, revealing a special knack for close harmony.

In 1949, they were recruited to tour veterans' hospitals and military bases, and it was during this period that they took the opportunity to learn material other than the hymns and inspirational songs. "Mona Lisa" came first, and then "Undecided" and "Pretty-Eyed Baby." By the time the tour was over, they'd come to the attention of a local bandleader, Karl Taylor, who got them a series of appearances on radio, broadcasting from the Van Cleef Hotel in Dayton, Ohio. During a break in one of these broadcasts, they were encouraged to try out for the Arthur Godfrey Talent Scouts program in New York. The trio pooled their resources and borrowed enough money to make the trip and, in their innocence about the ways of the entertainment industry, simply went to the CBS studio where the Arthur Godfrey show was broadcast. Their manner was so unaffectedly beguiling that they got an audition from the program's producer, which resulted in a promise to get them on the air once he had presented the whole matter to Godfrey, who was away on vacation.

While waiting for Godfrey's return, however, they decided to try their luck with the record business since they were already in New York. A chance encounter at RCA with Kate Smith's manager resulted in their being booked for eight weeks on Smith's morning show, which went out on radio and television -- those appearances, in turn, brought the sisters to the attention of Murray Kane, a former member of Glenn Miller's singing group the Crew Chiefs, who agreed to become their vocal arranger. The Smith show also led to an audition at Decca Records before bandleader Gordon Jenkins brought them to Decca A&R chief Milt Gabler, who offered them a contract. All of this had happened in the space of less than two months, and the McGuires barely understood how extraordinary their luck had been.

Finally, in the midst of the Kate Smith gig, the Decca audition, and the overture from Kane, and two months after they'd come to New York to audition for him, Arthur Godfrey contacted the McGuire Sisters and signed them up for his Talent Scouts show, which he followed by booking them, in place of the Chordettes ("Zorro," etc.), on his morning program. It was the start of a seven-year gig that made the McGuire Sisters one of the most well-known vocal groups in the country. At Decca Records, they were put on the Coral Records imprint; after an initial short series of recordings with Jenkins, the trio came under the wing of producer Bob Thiele, who got them the best instrumental talent in the business to work with, among them arranger Neal Hefti (who was then also writing arrangements for Count Basie) and bandleader Dick Jacobs.

It was still more than a year before their breakthrough, but because of their ongoing engagement on Godfrey's show, they were already the best-known female vocal group in the country. At the time, Godfrey was probably the most powerful on-air figure in American broadcasting, radio, or television. Apart from his sheer popularity, which defies comparison on any modern scale, he filled several hours of the top-rated radio and television time and had sponsors lining up to pay top-dollar just to be seen on his show -- the only comparable phenomenon in the late 20th and 21st centuries is the Superbowl. Thus, being a regular on Godfrey's show in 1951 or 1952 was the equivalent, in terms of exposure, of hundreds of record plays in dozens of top markets each week, or hundreds of thousands of record sales. Without even scraping the Top Ten in their first year on Coral, the McGuire Sisters graced the cover of Cosmopolitan magazine.

Finally, in the spring of 1954, two years after they started recording for Coral, they had a number seven-charting single with "Goodnight, Sweetheart, Goodnight," which was a cover of an R&B single by the Spaniels. The trio hit number 11 with their version of Ivory Joe Hunter's "It May Sound Silly" and number ten with "He," a cover of an Al Hibbler single. This was the stuff of Your Hit Parade, light pop music, and this series of pop-style covers of R&B singles was a conscious strategy by Thiele that put the McGuires in as strong a position as a recording act as they were as a broadcasting outfit. It also marked the McGuires, in the eyes of many R&B enthusiasts and rock & roll historians, as part of the movement resisting rock & roll.

Whether such a "movement" ever existed outside of a few counties in the deep south and a handful of municipalities up north is questionable. The truth was that the music business in the '20s, '30s, and '40s had always relied on cover versions of songs -- sometimes generated from within the same record companies -- to reach different audiences. In the mid-'50s, this was still a perfectly legitimate strategy, and reflected no social agenda on anyone's part. Their most successful cover was "Sincerely," a song that had been recorded by the Moonglows on Chess, which the McGuire Sisters brought to number one with their version late in 1954 and early 1955.

At this time in their history, even when they were a new act, the McGuire Sisters were associated with "oldies" in the minds of their own audience -- in late 1955, they recorded an album of songs from the '30s entitled Do You Remember When? featuring songs like "S' Wonderful," "Mississippi Mud" (which was then charting anew in Teresa Brewer's hands, but had been cut by Bing Crosby more than 20 years earlier), and other hits of a previous generation.

The trio's music continued selling right into the late '50s, to audiences who were impervious to rock & roll. Among their specialties during this period were their recordings of movie-related songs, such as Johnny Mercer's "Something's Gotta Give" from the film Daddy Long Legs.

Strangely enough, it was through Bob Thiele that the McGuire's found the song that they would be most closely associated with. In 1957, they came upon "Sugartime," a quasi-novelty tune brought back by Thiele from Norman Petty's Texas studio, where Thiele had been working with Buddy Holly (who was also on Coral). "Sugartime" was difficult to record and difficult to finish, but the resulting single went to number one and stayed there for weeks, quickly going gold.

The trio charted a few more times in the early '60s, but "Sugartime" represented a peak that they never achieved, or got anywhere near, again. Phyllis McGuire began a solo career that attracted relatively little interest, and the trio recorded one album for ABC-Paramount in 1965, but they were consider passé by then. In 1968, after nearly 20 years of performing professionally, they put the trio on hiatus following a performance on The Ed Sullivan Show (Arthur Godfrey had long since left the air). They'd outlasted Godfrey, Kate Smith, and almost every other pop culture icon who'd been around at the time when they'd started out. Eighteen years later, the three sisters re-emerged in a series of popular, well-reviewed engagements in Las Vegas. In the years following, they made periodic appearances together, and saw their hits from the '50s revived in numerous compilations devoted to the pre-rock & roll era. Like the King Sisters, Vaughn Monroe, and Frankie Laine, and those grainy films of Your Hit Parade, the McGuire Sisters embodied an innocent and relatively sweet time in America's history and the country's image of itself. Dorothy McGuire died on September 7, 2012 in Paradise Valley, Arizona at the age of 84. Christine McGuire passed on December 28, 2018 in Las Vegas, followed by Phyllis McGuire on December 29, 2020. ~ Bruce Eder, Rovi 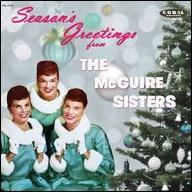 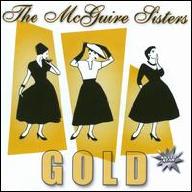 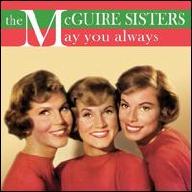 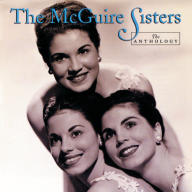 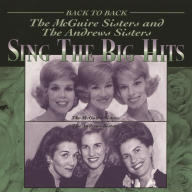 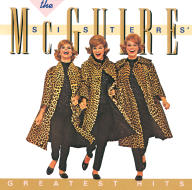 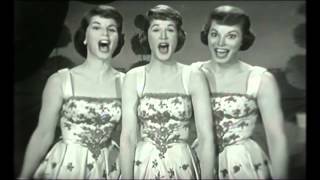 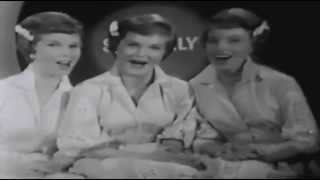 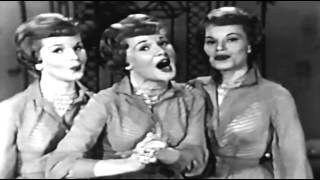 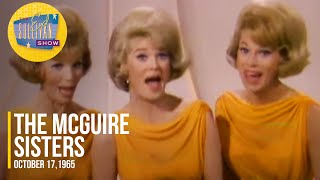 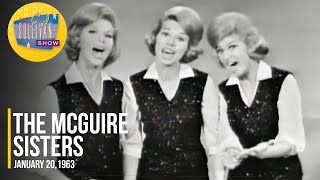 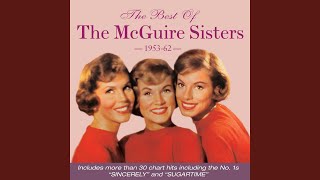