Close
The KLF
from Liverpool, England
formed January 1, 1987 - May 5, 1992 (age 5)
Biography
More than any pop band in history, the KLF ripped off the music industry for a bucketful of loot and got away with it -- as illustrated in their own guidebook to creating number one singles, -The Manual. Bill Drummond and Jimi Cauty applied the tactics of punk shock-terrorism to late-'80s acid house and became one of Britain's best-selling artists (recording also as the JAMS and the Timelords) just before their retirement in 1992. The duo then deleted their entire back catalog -- a potential loss in the millions of pounds -- and declared they wouldn't release another record until peace was declared throughout the world.

The son of a Scottish preacher, Bill Drummond (b. April 29, 1953; South Africa) ran away from home to become a fisherman before enrolling in a Liverpool art school in the late '70s. He became involved in Liverpool's punk scene, and in 1977 formed the short-lived punk band Big in Japan with Holly Johnson (later of Frankie Goes to Hollywood) and Ian Broudie (the Lightning Seeds). A year later, Drummond co-founded the Zoo label (with Dave Balfe), serving as manager and producer for the Teardrop Explodes and Echo the Bunnymen through the early '80s. After both bands left Zoo for the majors, Drummond followed by joining WEA as an A&R man; there, he signed Strawberry Switchblade, Zodiac Mindwarp, the Proclaimers, and Brilliant. He quit the business in 1986, though, and released the solo album The Man one year later for Creation Records. The album was a satiric goodbye to music, voicing Drummond's hope that he would never be involved in the industry again.

With his retirement only six months old, Drummond decided to make a hip-hop record. He called an old friend, Brilliant's Jimi Cauty (b. 1954), to help with production and technology. A week later, the duo -- christened the Justified Ancients of Mu Mu, or the JAMS for short -- recorded the sample-heavy pastiche All You Need Is Love. The single, released that May, was followed a month later by the JAMS' debut album 1987 (What the Fuck Is Going On?), which continued the sonic piracy with long passages lifted from the Beatles, Led Zeppelin, and ABBA. As a matter of course, ABBA objected to the sampling, and in September the Copyright Protection Society demanded that all copies be recalled and destroyed. Instead, Drummond and Cauty traveled to Sweden, hoping that a personal meeting with ABBA would resolve the situation. Locked out of the group's Stockholm studio, the pair decided to return to England, stopping only to burn 500 copies of 1987 in a Swedish field. (The incident was photographed and serves as the cover for the best-of album History of the JAMS.) Cauty and Drummond kept the album in the spotlight though, by advertising in The Face magazine five remaining copies for sale at the price of £1000 each. They eventually sold three, gave one away, and kept the last. In October 1987, the JAMS released an edited version of the album called 1987 (The JAMS 45 Edits), with specific instructions on how to recreate the original 1987 at home.

A second album, Who Killed the JAMS?, appeared early in 1988, but it was superseded by the May release of Doctorin' the Tardis (recorded as the Timelords). Incorporating samples from Gary Glitter, Sweet, and the theme to #Dr. Who, the single hit number one in the British charts and eventually became one of the most popular sports anthems of all time. Within six months, Doctorin' the Tardis was collected on two JAMS compilations, the American History of the JAMS a.k.a. The Timelords, and the British double-LP Circa 1987: Shag Times. Six months later, Cauty and Drummond compiled their knowledge of popular success and the music industry, publishing -The Manual with a statement of purpose included in the subtitle: "How to have a number one the easy way -- The Justified Ancients of Mu Mu reveal their zenarchistic method used in making the unthinkable happen."

Cauty and Drummond's second novelty single, Kylie Said to Jason (credited to the KLF, or Kopyright Liberation Front), proved a flop in July 1989, so the pair changed directions later that year. Jettisoning the beats of their previous work but retaining the samples and effects, the duo played a major part in the development of the '90s boom in ambient music. Cauty and Drummond recorded the classic Chill Out album in late 1989, mixing source material from two DAT machines onto a cassette recorder during a live session. Concurrent to the Chill Out project, Cauty had actually formed another ambient house forerunner, the Orb, with Dr. Alex Paterson. The duo recorded A Huge Ever Growing Pulsating Brain That Rules From the Centre of the Ultraworld in addition to material for an album, but split early in 1990 -- with Paterson taking the name for his future recordings. Cauty then deleted Paterson's contributions, re-recorded large portions, and released the results credited only as Space.

Obviously, the KLF's ambient recordings weren't going to top the charts, so later in 1990 Cauty and Drummond moved back to acid house and earned the greatest success of their career. The single What Time Is Love? -- the first volume in what became known as the Stadium House Trilogy -- hit number five on the U.K. singles charts in August 1990. 3 A.M. Eternal took over the number one spot in January 1991, and The White Room LP topped the album charts upon its release in March. The final single in the trilogy, Last Train to Trancentral, also made Top Ten. The KLF's success carried into Europe during 1991, and even the Americans caught on by September, pushing 3 A.M. Eternal to number five and The White Room into the Top 40 album charts. The U.S.-only America: What Time Is Love? reached number 57 in November 1991, and early in 1992 Justified and Ancient -- the surprising pairing of the KLF with country queen Tammy Wynette -- almost reached the American Top Ten. Cauty and Drummond, the best-selling singles act in the world during 1991, were on the verge of becoming superstars.

The duo had other plans in mind, though. Voted Best British Group by BPI and the Brit Awards, the KLF were scheduled to perform at a London awards ceremony on February 13, 1992. Cauty and Drummond did show up, but horrified the formal audience with a hardcore thrash version of 3 A.M. Eternal (performed with the justifiably named Extreme Noise Terror) that also included Drummond spraying the crowd with blanks from an automatic rifle and the post-performance announcement, "The KLF have left the music industry." Topping their already extreme actions, Cauty and Drummond delivered the carcass of a dead sheep -- plus eight gallons of blood -- to the lobby of the hotel after-party. The industry and press reaction was overwhelmingly negative, but Cauty and Drummond had already made their mint. Promising that no more releases were forthcoming until peace reigned around the world, they officially retired from music on May 5, 1992 -- the date commemorated the 15th anniversary of Drummond's emergence in the music industry, with Big in Japan. To convince the public that it wasn't simply a scam to sell more records, Drummond and Cauty deleted the entire back catalog of KLF Communications.

Though the KLF did return one year later, it was not to release music but to provide a commentary on the art world. First, a series of newspaper adverts commanded the world to "Abandon All Art Now." Cauty and Drummond -- thinly veiled as the K Foundation -- then announced that they would be awarding a prize of £40,000 to the worst work of art that year. Winner Rachel Whiteread (who had also won England's Turner Prize) refused the award, prompting a ceremony in which the K Foundation vowed to burn the prize money. Whiteread accepted the award just seconds before the bills were torched, and donated the money to charity.

In August 1994, the artists formerly known as KLF managed to outdo themselves yet again. After physically nailing £1,000,000 to a board -- an act which necessitated the largest cash withdrawal in U.K. history -- Cauty and Drummond showed the money around England as a work of art entitled "Nailed to the Wall." Then, on the island of Jura, in the presence of one journalist and one cameraman, they burned the entire sum as yet another bizarre commentary on the art world.

Cauty and Drummond's first recording in almost three years appeared later that year. Though peace didn't rule the world in late 1994, the K Foundation honored the historic peace accord between Yitzhak Rabin and Yasser Arafat by releasing -- only in Israel -- an ultra-limited-edition single, a novelty cover song entitled K Sera Sera, recorded with the Red Army Choir. Drummond and Cauty also recorded a track as the One World Orchestra for the HELP charity album in 1995. In late 1997, the KLF finally re-emerged (as 2K) and released the single ***k the Millennium on Mute. ~ John Bush, Rovi 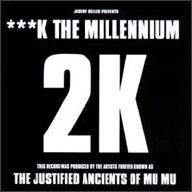 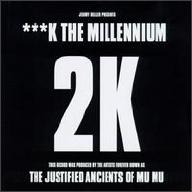 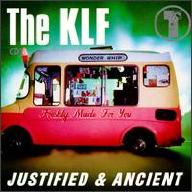 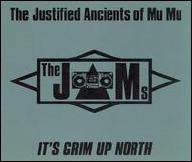 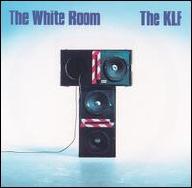 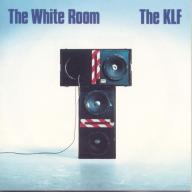 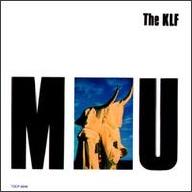 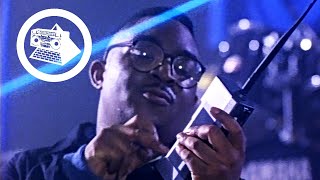 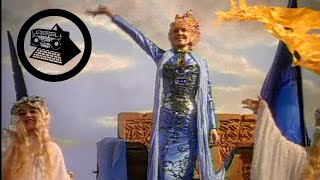 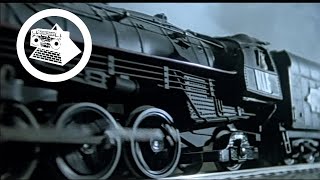 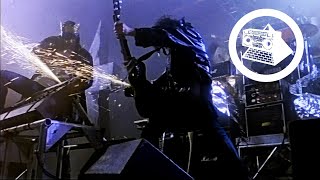 The KLF - What Time Is Love? (Live at Trancentral) (Official Video) 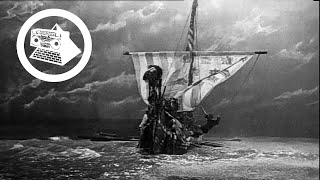 The KLF - America: What Time Is Love? (Official Video) 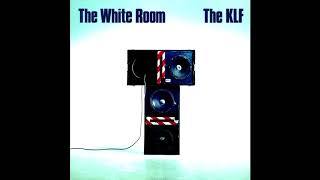 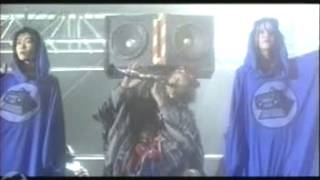