Close
Annette Tucker
Biography
The 1960s weren't known as a particularly good era for professional songwriters: too many bands, starting with the Beatles, the Rolling Stones, and the Kinks, began writing all or most of their own material -- and the Stones, when they didn't, usually reached back to (or nearly back to) pre-copyright material) -- and got to the top of the charts doing it. To this day, it's considered something of a weakness -- in ways that it never was in evaluating swing bands or pop vocalists -- in artists such as the Searchers, the Hollies, et al., that they didn't primarily record or have hits with original material. Coming out of that environment and historical era, it's even more impressive that Annette Tucker's name looms large in music as a songwriter -- impressive but not surprising given that her credits, in collaboration with Nancie Mantz, Jill Jones, and Kathy Wakefield, encompass songs recorded by Frank Sinatra and Nancy Sinatra (Feelin' Kinda Sunday), Tom Jones (I Get Carried Away), Sonny Cher (I Love What You Did with the Love I Gave You), the American Breed and the Ventures (Green Light), the Knickerbockers and Rick Nelson (Your Kinda Lovin'), Nana Mouskouri (Danny Come Home), the Brady Bunch (You've Got to Be in Love [To Love a Love Song]), and the Electric Prunes (I Had Too Much to Dream [Last Night], Get Me to the World on Time), among many others. Still other songs, such as I Ain't No Miracle Worker, have come to define '60s psychedelic punk in the hands of the Chocolate Watchband (and it did become a number one hit in Italy).

Tucker came of age amid the first flourishes of rock & roll as a popular music form, and she started out in the music business as a singer, even recording one of her own songs, Stick Around, on the Piper Records label in 1961. Her real goal, however, was to be a songwriter, and by 1963 she'd amassed enough material to show what she could do. She walked into the Sunset Boulevard offices of Four Star Music and impressed them enough to get a contract, which paired her with fellow songwriter Nancie Mantz, who was a lyricist. The two formed an immediate creative link, and the result was a string of hit recordings.

Tucker and Mantz also played an indirect but key role in getting the Electric Prunes a recording contract; according to Tucker, while the group was still unknown, she'd heard about them through a friend and hired them to play a surprise party she threw for her husband -- one of her husband's family members was impressed enough with them to bring them to engineer Dave Hassinger, who had his own production company. They had cut one flop single released in mid-1966, and Hassinger signed them up and got them a recording deal with Reprise Records. At the time, most of the top bands were writing their own material, and it seemed like the supreme act of swimming against the tide to try grabbing a major share of AM radio success by composing songs professionally. Luckily for Tucker, there were still groups -- including the Electric Prunes -- who weren't able to compose original songs that were suitable as singles. Hassinger went to her and asked if she had any songs available that might fill the need for a second single.

She offered him I Had Too Much to Dream (Last Night). As she recalled to Al Hazan in an interview, the title had come to Tucker, and she and Mantz wrote it together in 30 minutes. As recorded by the Electric Prunes, the song reached number 11 on the charts and was one of those rare examples of fully credible psychedelic punk music to come from a major label and actually make an impression on the charts and the public. With that success behind them and a hit follow-up single, Get Me to the World on Time -- authored by Tucker and her other songwriting partner of the period, Jill Jones -- to their credit, the group was obliged by Hassinger and Reprise to use Tucker's songs, co-authored with Mantz and Jones, to fill out the contents of the LP that Reprise wanted. I Had Too Much to Dream (Last Night) was a flawed by enjoyable classic of its type, and a showcase for Tucker's work. The Tucker songs ranged from fierce, amazingly raunchy expressions of lust (Try Me on for Size, Get Me to the World on Time, with Jones' lyrics) to spaced-out, loopy accounts of the generation gap (Toonerville Trolley).

The album was a modest success, but the next time up for the band, later in 1967, proved the undoing of the relationship between Tucker and the group. The composer was appalled at the fact that, during recording, the Electric Prunes were allowed to alter music and lyrics, and to tamper with the intended sound sufficiently so that their third single, Dr. Do Good, had the vocal (and lyrics) buried in the mix. In fairness to the group members, in subsequent years, in interviews with Richie Unterberger and others, they admitted to not feeling comfortable with all of the songs they were given, and from each side's perspective the other was sabotaging some aspect of the music. Reading their differing accounts of the relationship, and what each brought to the table and came away with, one is almost reminded of the successful but uneasy partnership between Gilbert Sullivan 80 years before -- Gilbert was a serious dramatist and satirist who felt his edge and wit were softened by his association with Sullivan's music, while Sullivan was a serious composer who resented his music's seeming subordination before the public to Gilbert's lyrics and libretti.

In reality, given their different vantage points, the split between the band and the composer was seemingly unavoidable. Tucker was a professional songwriter interested in seeing popular records and major hits generated from her work, preferably in the immediate future, where the bandmembers were concerned with creating a unique sound that they could evolve and develop over time into something respected, imposing, and popular, hopefully while selling some records along the way, and in early 1967 they both got their wish, albeit not without some compromise that wasn't always desired. The group was eventually submerged into projects such as Mass in F Minor -- meanwhile, Tucker went on writing and chalked up a major hit with I Ain't No Miracle Worker as well as a pair of prime domestic recordings of the same song by one Ed Cobb-managed band, the Chocolate Watchband. As the '60s went on and wound down, her songwriting was picked up by such artists as Nancy Sinatra, Sonny Cher, Tom Jones, and even Frank Sinatra.

Tucker successfully worked out a career as a major songwriter despite the odds, and she and Mantz saw their work carry them to decades of success. Their songs appeared on albums that sold in the millions, as well as hit singles, and were reissued on hits compilations and CDs when that format came along. Meanwhile, the advent of the "paisley underground" boom and the psychedelic punk revival of the early '80s -- fostered in part by the release of Lenny Kaye's renowned Nuggets double LP -- led to the periodic reissue of I Had Too Much to Dream (Last Night) and Get Me to the World on Time. After a lull in the 1990s, the reuniting and reactivation of the Electric Prunes in 1998, and the reissue of their first three LPs on CD in 2000 by Collectors' Choice led to a new revival of interest in Tucker's early career. Since the 1990s and into the 2000s, she and Mantz have acquired new respect, alongside the likes of such famed female songwriters of the 1960s as Ellie Greenwich, Carole King, and Cynthia Weil. As a veteran composer and musician, Tucker has acted as a mentor to younger songwriters and applied her expertise to producing as well. ~ Bruce Eder, Rovi 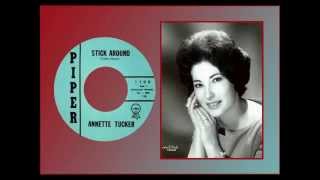 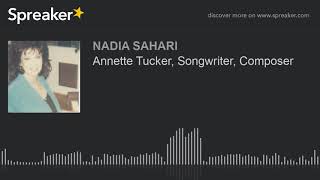 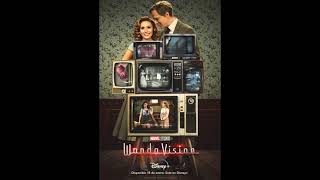 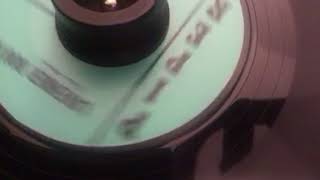 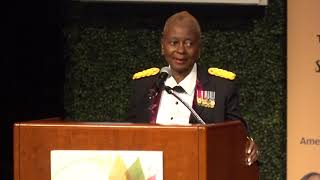 Annette Tucker & Aaron A Kaplan "Got to be You and Me" 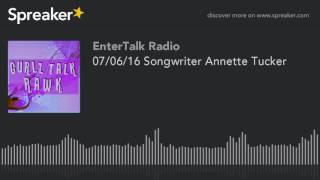