Close
Dave Holland
from Wolverhampton, England
October 1, 1946 (age 75)
Biography
An acclaimed, ever-evolving jazz bassist, Dave Holland is a gifted improvisor and composer whose work has touched on acoustic post-bop, avant-garde jazz, and fusion. Along with his contemporaries Eddie Gómez, Miroslav Vitous, and Barry Guy, Holland helped refine and extend the melodic possibilities of the acoustic double bass. Building upon the innovations of slightly older players (Scott LaFaro, Gary Peacock, Barre Phillips), Holland emerged in the late '60s playing with Miles Davis' electric ensemble, and helped carry the acoustic double bass to yet another new level of creativity. In Holland's case, those refinements never lost touch with the core verities of straight-ahead jazz; his sense of swing is unexcelled. Additionally, following in Charles Mingus' footsteps, he gained respect as a composer, issuing landmark albums like 1972's Conference of the Birds and working with esteemed players Kenny Wheeler, Steve Coleman, Anthony Braxton, and others. Many accolades followed, including a Grammy award for Best Jazz Instrumental Performance, Individual or Group for his contribution to vibraphonist Gary Burton's 1999 album Like Minds. He has also won Grammy awards for his big-band albums, including 2002's What Goes Around and 2005's Overtime. He has continued to move between large- and small-group projects, issuing albums like 2010's Grammy-nominated octet effort Pathways, 2018's quartet album Uncharted Territories, and 2020's trio work Without Deception. 2021's Another Land featured Holland leading a trio with guitarist Robin Eubanks and drummer Obed Calvaire. A year later, he appeared on In Common III, the third collaboration between guitarist Matthew Stevens and saxophonist Walter Smith III.

Born in 1946 in Wolverhampton, England, Holland started playing ukulele at the age of four, switching to guitar at ten and bass guitar at 13. He took some piano lessons as a child, but was at first mostly self-taught, learning from pop music songbooks and by listening to the radio. He played in dance bands with friends. As a teenager he decided to try to make a living as a musician. Under the influence of such jazz bassists as Leroy Vinnegar and Ray Brown, Holland took up the double bass, learning primarily by playing along with records. He began performing professionally shortly thereafter. One of his first gigs was in a big band that toured behind singer Johnny Ray. Holland studied with James Merrett, the principal bassist with the London Philharmonic, who recommended him to the degree program at the Guildhall School of Music and Drama.

At Guildhall, Holland gained experience in a variety of styles, from orchestral music to New Orleans jazz to bebop and more. In 1966, he began playing with many of the musicians with whom he would collaborate over the next two decades: trumpeter Kenny Wheeler, saxophonist John Surman, and pianist John Taylor, who were well in tune with jazz innovations of the time. Holland acknowledges being influenced by Mingus, LaFaro, Jimmy Garrison, and Gary Peacock at this point in his career. He also became interested in many 20th century classical composers, especially Béla Bartók. Holland played London clubs with England's top jazz musicians, as well as visiting dignitaries like Coleman Hawkins, Ben Webster, and Joe Henderson. In July of 1968, Miles Davis heard him at Ronnie Scott's and asked him to join his band.

Holland promptly relocated to New York and participated in the making of several classic Davis recordings, including In a Silent Way and Bitches Brew. In 1970, he co-founded (with Anthony Braxton, Chick Corea, and Barry Altschul) the group Circle, which embraced free jazz concepts. In the early '70s, he played with Stan Getz, Thelonious Monk, and Sam Rivers. In 1975, he formed the Gateway Trio with drummer Jack DeJohnette and guitarist John Abercrombie; it was a group that would continue to record and tour intermittently for the next 25 years. In the early '80s, Holland worked extensively with Sam Rivers and organized his own band, a quintet with Wheeler, Julian Priester, Steve Coleman, and Steve Ellington. Thereafter, Holland-led small groups would continue to tour and record until the end of the century. Later members would include Marvin Smitty Smith and Robin Eubanks. Although the personnel would vary, the band would ultimately draw their identity from Holland's compositions.

In the '80s and '90s, Holland worked as an educator, heading the summer jazz workshop at the Banff School in Banff, Alberta, Canada, from 1983 to 1990. From 1987 to 1990, he was a faculty member at the New England Conservatory of Music. Aside from leading his own group, Holland's musical activities in the '90s included projects with DeJohnette, Gateway, and Herbie Hancock. He also recorded with Joe Lovano, Gary Burton, and Jim Hall. Holland's late-'90s quartet included Robin Eubanks, Steve Nelson, Chris Potter, and Billy Kilson. The dawn of the 21st century brought more releases, including Not for Nothin' in 2001, What Goes Around in 2002, and Extended Play: Live at Birdland in 2003, all on ECM. Overtime came out in 2005, followed by Critical Mass in 2006, both appeared on his newly formed Dare2 label in association with Sunnyside. The soul-jazz-inflected Pass It On appeared in 2008.

In 2010, Holland released the octet album Pathways, followed in 2013 by Prism, featuring his quartet with guitarist Kevin Eubanks, pianist Craig Taborn, and drummer Eric Harland. He next joined pianist Kenny Barron for the 2014 duo album The Art of the Conversation. Two years later, he joined tenor saxophonist Chris Potter, West African-born guitarist/vocalist Lionel Loueke, and drummer Eric Harland for Aziza. Uncharted Territories, a collaboration with pianist Taborn and percussionist Ches Smith, arrived in 2018 on Dare2. The following year, he was back with Potter and drummer Zakir Hussain for their Crosscurrents Trio debut Good Hope on Edition Records. In 2020, he and pianist Barron joined Philadelphia drummer Johnathan Blake for the trio album Without Deception. In May 2021, Holland released Another Land, his sophomore outing for Edition Records in collaboration with his Dare2 Records. His sidemen included Eubanks on guitar and widely traveled drummer Obed Calvaire. A year later, he joined guitarist Matthew Stevens and saxophonist Walter Smith III for In Common III. ~ Chris Kelsey, Rovi 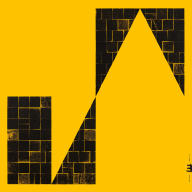 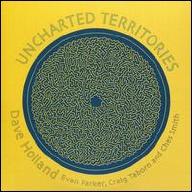 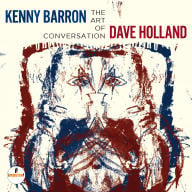 The Art Of Conversation
2014 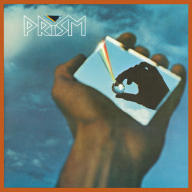 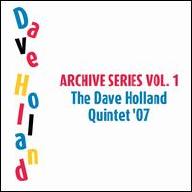 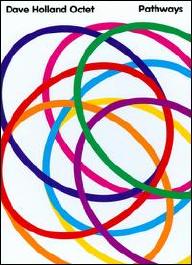 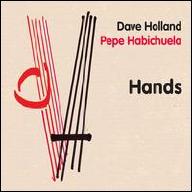 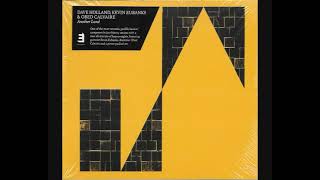 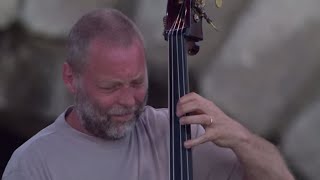 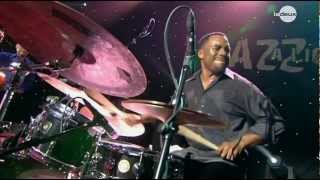 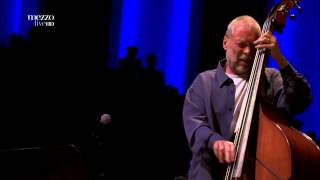 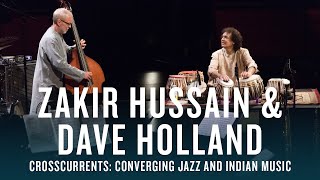 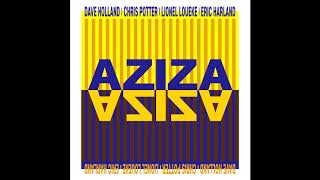 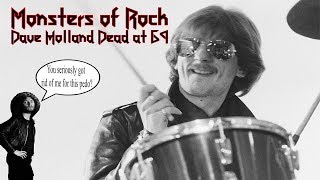