Close
Carla Bruni
from Turin, Italy
December 23, 1967 (age 54)
Biography
Carla Bruni is an Italian-French pop singer/songwriter, actress, fashion model, and the former First Lady of France. Before fulfilling her childhood dream of becoming a professional singer and songwriter, she had already been included on Business Age's list of highest-paid models, appeared in the films Prêt-à-Porter and Unzipped, and penned hit songs for Julien Clerc among others. Her 2003 debut album Quelqu'un M'a Dit in 2003, established her as a pop star. It sold over two million copies and spent 34 weeks in the Top Ten. An able guitarist, Bruni possesses a soft, reedy contralto singing voice and employs a nylon-string guitar as her chief composing instrument. Her sound is rooted in the nouveaux chanson tradition, but also uses rock, blues, and jazz forms in her writing. Her sophomore outing, 2007's No Promises, offered musical settings to the works of world-renowned poets. She met then-recently elected French president Nicolas Sarkozy and they were married in February of 2008. She released her third album, Comme Si De Rien N'Était, that year and it topped the French charts. As first lady, official duties claimed the lion's share of her time, but she managed to contribute single tracks to charitable compilations and tribute albums. Bruni's fourth album, Little French Songs, appeared in 2013, nearly a year after her husband left office. It included original songs and adaptations of melodies by Charles Trenet and Frederic Chopin. After a live outing in 2014, she released the studio-recorded covers collection French Touch in 2017.

Bruni was born in Turin, Italy, the daughter of Italian concert pianist Marisa Borini and Italian-born Brazilian grocery magnate Maurizio Remmert. She was raised by her legally adoptive father, industrialist and classical composer Alberto Bruni Tedeschi as an heiress to her legal grandfather's tire manufacturing fortune. The family emigrated to France in 1975, reportedly to escape a rash of politically motivated kidnappings by the Red Brigades, a terrorist group active in Italy during the '70s and '80s. After her family established residency in Paris, Bruni attended the boarding school Château Mont-Choisi in Lausanne, Switzerland. After graduating, she returned to Paris to study art and architecture. She left school at 19 however, to try her hand at modeling. She got her big break when Paul Marciano -- president and creative director of GUESS? jeans -- picked her headshot out of a stack of photographs. It turned the 19-year-old into an overnight sensation.

Bruni worked runways and did photo shoots for Prada, Chanel, Christian Dior, and Givenchy. In a 1998 interview, Bruni claimed that due to what she perceived as a lack of creativity in the fashion world, she would only continue to model in special circumstances. She made increasingly rare public appearances for Yves Saint Laurent and Jean Paul Gaultier. In 1998, Bruni abandoned fashion for a time and devoted herself to music. She sent an album's worth of lyrics to Julien Clerc in 1999. He composed six melodies from her words and recorded them for his 2000 album Si J'Etais Elle.

In 2003 she made her own recording debut with the long-player Quelqu'un M'a Dit on Naive. Filled mostly with original songs written in the style of her idols -- including Joni Mitchell and Serge Gainsbourg -- Quelqu'un M'a Dit was a hit in France; it sold over two million copies and spent 34 weeks in the Top Ten.

She toured Europe and select American cities to promote its release. She performed a reading of Leonard Cohen's "In My Secret Life" on jazz trumpeter Till Bronner's 2006 album Oceana. Bruni released her second album, No Promises, in January of 2007. It featured her original melodies to poems by Cristina Rossetti, Dorothy Parker, Emily Dickinson, W.B. Yeats, and W.H. Auden. Bruni performed the set on the road and, at a dinner party in November, met then-recently divorced French president Nicolas Sarkozy and commenced a whirlwind romance. The pair stunned the world in February of 2008 by getting married at Elysée Palace in Paris, making Bruni France's First Lady. That same year she released the provocative Comme Si de Rien N'etait. Produced by Dominique Blanc-Francard, it included 12 Bruni originals, a cover of the '50s pop standard "You Belong to Me," and a musical setting for French writer Michel Houellebecq's poem "La Possibilité d'une île." Not wishing to capitalize on her official role, Bruni donated all royalties from the album to charitable and humanitarian causes.

Over the next few years, Bruni was so busy in an official capacity she had little time to produce new music. She sang for Nelson Mandela's 91st birthday celebration in July 2009 at Radio City Music Hall in New York City. That September she recorded a duet of the Beatles' "And I Love Her" with Harry Connick, Jr. for the French edition of his album Your Songs. In an internationally televised interview with Barbara Walters, Bruni revealed she had accepted a small role in Woody Allen's shot on location, Midnight in Paris. In 2010 she contributed a cover of David Bowie's "Absolute Beginners" to the War Child benefit album We Were So Turned On: A Tribute to David Bowie. The organization also released the track as a split-single with Duran Duran's version of "Boys Keep Swinging."

Despite the lack of musical production, Bruni was seldom out of the spotlight; in addition to her official duties, she participated in a great deal of philanthropic and humanitarian work. After Sarkozy failed to win re-election, Bruni returned to recording. Her internationally released Verve debut, Little French Songs, appeared in April of 2013 to rapturous reviews. Bruni toured Europe, Asia, and select U.S. cities in support. A year later, she issued the live audio/visual package, L'Olympia. Accompanied by a piano, guitar, and the occasional trumpet, the program included her own songs, written collaborations with Clerc, Charles Trenet, and French film director and screenwriter Leos Carax. In addition, she included two covers in the middle of the set: a reading of Barbara's immortal pop chanson "Si La Photo Est Bonne" and John Prine's "All the Best." The latter was sung as a duet with Marianne Faithfull.

Bruni teamed with American pop producer, arranger, and songwriter David Foster for French Touch. Cut in Paris and Los Angeles, the pair worked up readings of iconic pop songs in a number of genres. They included Johnny Mercer's standard "Moon River," countrified readings of Willie Nelson's "Crazy" and Billy Sherrill's "Stand by Your Man," and radical revisionings of contemporary rock songs such as the Clash's Jimmy Jazz," AC/DC's "Highway to Hell," Lou Reed's "Perfect Day," the Rolling Stones' Miss You," and Depeche Mode's "Enjoy the Silence." Bruni and her label teased listeners by releasing only select cuts over five months. The full-length was finally issued in October 2017.

After touring theaters across Europe over the 18 months, Bruni re-entered the studio in October of 2019 with producer Albin De La Simone and a small cast of players. They had to stop recording when the Covid-19 virus put the world in quarantine. Her family was directly affected after her son caught the virus. For weeks she was tested every three days. Bruni, her producer, and a small studio band resumed and completed the recording after France reopened temporarily in July. Simply titled Carla Bruni, the album was issued by Barclay in October of 2020. It included nine originals, two songs composer Michel Amsellem penned especially for her, and "Voglio L'amore," co-written with her older sister, Valeria Bruni Tedeschi. ~ Thom Jurek, Rovi 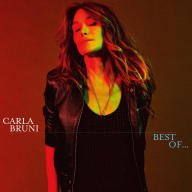 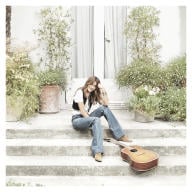 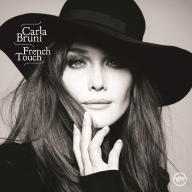 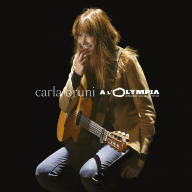 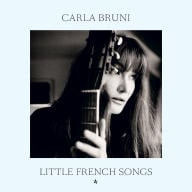 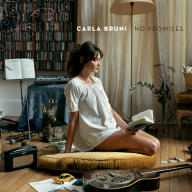 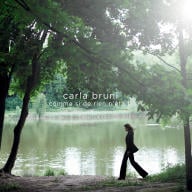 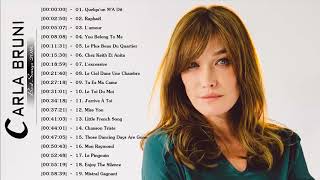 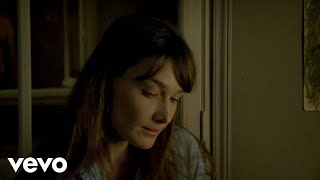 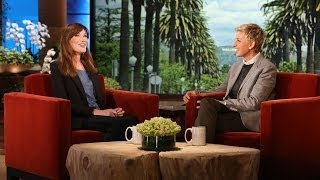 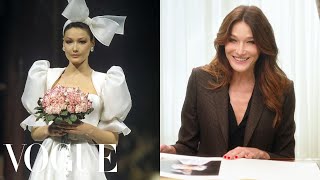 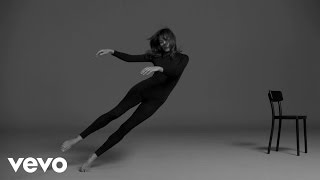 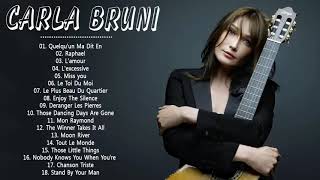 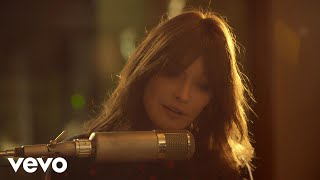