Close
Julien Clerc
from Paris, France
October 4, 1947 (age 74)
Biography
Though sometimes dismissed in his native land as little more than a "chanteur de charme" -- in other words, "a ladies' singer" -- Julien Clerc in fact enjoyed one of the most successful and longest-lived careers in contemporary French pop, shaping the nouvelle chanson aesthetic across a span of decades that began in the shadow of the student rebellions of 1968 and continued well into the following century. Born Paul-Alain LeClerc in Paris on October 4, 1947, he was the product of a wealthy bourgeois family. Following his parents' divorce he was sent to live with his father, a high-ranking UNESCO official, and began studying piano at the age of six. During adolescence Clerc's love of music reached a fever pitch, and he regularly transcribed his favorite songs from the radio.

In time he began writing his own original material, often collaborating with friend Maurice Vallet; under his professional name, Momo, Vallet would continue writing with Clerc for years to follow. However, the singer would not meet his most notable collaborator until 1968, while a student at the Sorbonne. Instead of studying, Clerc spent the majority of his time in area cafés, and while in his favorite haunt, L'Ecritoire, he met Etienne Roda-Gil, the son of Spanish Republicans who had recently returned to Paris after spending almost a decade abroad in opposition to the conflict in Algeria. Clerc asked Roda-Gil to add lyrics to one of his original melodies -- the result was La Cavalerie, a sardonic protest song that soon earned Clerc a seven-year recording contract with the Pathé-Marconi label.

Upon its May 1968 release, La Cavalerie made Clerc an overnight superstar, topping the French pop charts and emerging as one of the anthems of the concurrent student rebellions, thanks in large part to its oft-quoted lyric "I'll abolish boredom." The follow-up, Ivanovitch, also reached number one and so impressed French superstar Gilbert Bécaud that he invited Clerc to open for his upcoming show at Paris' famed Olympia. The singer's third single, 1969's Yann et les Dauphins, was his third consecutive chart-topper, and his self-titled debut LP was also a success, winning the prestigious Prix du Disque de l'Académie Charles Cros and earning critical favor for combining Clerc's Beatles-inspired pop ingenuity and neo-symphonic arrangements with Roda-Gil and Momo's often surreal and reliably complex lyrics.

Clerc was then invited to star in the French production of the hit Broadway musical +Hair, initially refusing the offer but ultimately accepting. Premiering at Paris' Théatre de la Porte Saint Martin on May 31, 1969, the production was a runaway success, as was Clerc's next single, the chart-topping La Californie, released in July. He also made headlines for going public about his burgeoning relationship with French pop ingénue France Gall. Clerc remained with +Hair until February of 1970, when he resigned to resume his recording career; his sophomore LP, Des Jours Entiers à T'Aimer followed three months later, and that December he headlined the Olympia for the first time. A vacation to Argentina inspired the tango-like rhythms of his next single, 1971's Le Couer Volcan, followed in succession by the Roda-Gil-penned Ce N'Est Rien and Niagara.

Clerc abruptly shifted gears with 1973's Julien, recorded in London with arranger Bill Shepherd, replacing his longtime collaborator Jean-Claude Petit. He returned to Paris in time to begin rehearsals for a new run at the Olympia, with the highlights documented on his 1974 live LP, Julien Clerc avec Vous. Still dismissed in some quarters as little more than a teen idol, Clerc yearned for a more mature image, and in 1975 -- despondent over the end of his romance with Gall -- he reteamed with Momo for the bleak, elegiac No. 7, his most critically acclaimed effort to date. Soon after he agreed to a starring role in the film #D'Amour et d'Eau Fraîche, and while on the set entered into a relationship with co-star Miou-Miou that would continue for five years. For his next album, 1976's A Mon Âge et à l'Heure Qu'il Est, he enlisted material from songwriters beyond Roda-Gil and Momo, working for the first time with Maxime Le Forestier and Jean-Loup Dabadie. Le Forestier also authored Clerc's 1978 blockbuster J'Ai Eu 30 Ans (written in honor of the singer's 30th birthday), the highlight of his ninth LP, Jaloux. Further bolstered by Dabadie's smash Ma Preference, the album went on to sell 400,000 copies.

But Clerc's decision to expand his circle of collaborators outside his traditional songwriting partners rankled Roda-Gil, a situation that snowballed after the singer publicly complained that he was tired of fans asking him to explain Roda-Gil's complex, often polemical lyrics. Ultimately, they suffered a very public falling-out and did not speak for over a decade, until Clerc declared a truce by attending the funeral of Roda-Gil's wife, Nadine, in 1992. Nevertheless, in 1979 Clerc agreed to headline the musical +36 Front Populaire, composed by Jean-Pierre Bourtayre and Jean-Claude Petit with lyrics by Roda-Gil. For a number of reasons the production never made it to the stage, however, although the songs were still recorded and released as a two-LP set.

After traveling to Canada to record his next solo LP, 1980's Clerc Julian, the singer also ended his long professional relationship with Petit, although he renewed ties with Momo for the follow-up, Sans Entracte, which also featured a pair of contributions from the legendary Serge Gainsbourg. A pair of sold-out March 1981 appearances in Lyon made up Clerc's second live album, Vendredi 13. Shortly after, his romance with Miou-Miou dissolved, and he channeled his anguish into the starkly intimate Femmes, Indiscrétions et Blasphemes, his first recording for new label Virgin and one of the best-selling LPs of his career.

After meeting horse-riding champion Virginie Couperie, whom he married in 1985, Clerc returned to a more optimistic approach for his next LP, Aime-Moi. With Mélissa, co-authored with a new collaborator, David McNeil, he scored one of his biggest-ever hits, selling over 700,000 copies. Clerc then toured Africa, Canada, and Brazil before taking a 12-month break, resurfacing in 1987 with Les Aventures à l'Eau; McNeil again contributed the album's biggest hit, Hélène. After another lengthy hiatus, he traveled to New York City to work with producer Phil Ramone on 1990's Fais Moi une Place, widely hailed as his most consistent record in years. At the end of 1990 he headlined a production of Prokofiev's +Peter and the Wolf featuring the Radio France Orchestra. With 1992's Utile, Clerc reunited with Roda-Gil for an album's worth of new collaborative material, and the following year he headlined the Olympia for the first time in close to two decades.

In 1997, he issued Julien, and in 1998 toured the U.S. for the first time as part of an international tour spanning close to three years in all. On 2000's Si J'Étais Elle, Clerc teamed with everyone from supermodel Carla Bruni to Franco-Algerian author Nina Bouraoui. The two-volume live set Julien Déménage followed in 2002, and the following year he issued Studio, a collection of American pop standards.

During 2005 Clerc released Double Enfant that dealt with themes that were highly personal to the singer. One that was well documented on the record is the divorce of his parents that led to the title Double Enfant -- which refers to Clerc’s two childhoods via the separation of his parents. Three years later he released Où S’en Vont les Avions which marked 40 years in show business for the French crooner. Over one hundred tour dates were scheduled in support of the album, culminating in a five day stint at the Palais des Sports arena in Paris. In 2011 Clerc released his 22nd studio album Fou, Peut-Être that included tracks written by the winner of French TV show Nouvelle Star, Julien Doré and renowned French entertainer Charles Aznavour. ~ Jason Ankeny, Rovi 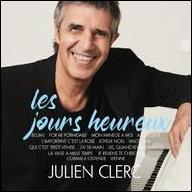 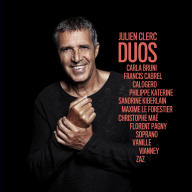 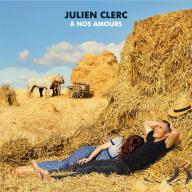 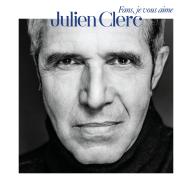 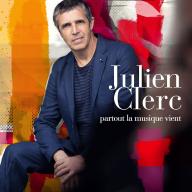 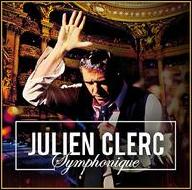 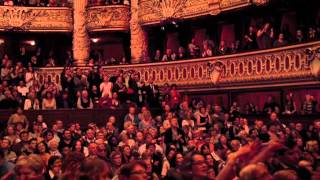 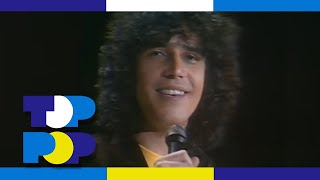 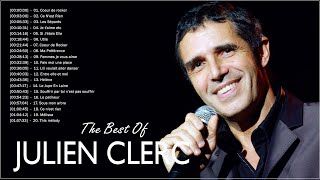 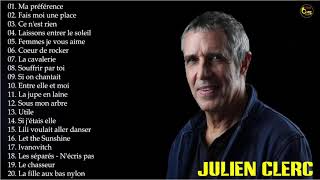 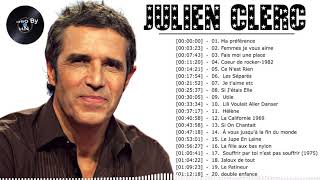 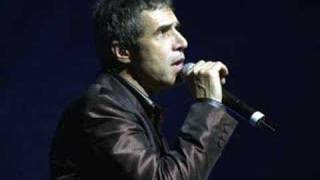 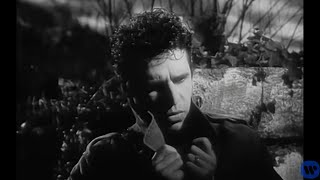