Close
Germs
from Los Angeles, CA
formed January 1, 1976 - January 1, 1980 (age 4)
Biography
If there was ever a band that burned out rather than fading away, it was the Germs. One of the most infamous bands to rise from the Los Angeles punk scene in the '70s, the Germs were a group that, even by the edgy standards of punk, left remarkable chaos in their wake, and had a seismic impact on the local scene during their short but memorable run. Punishingly raw and confrontational, the twin centers of the band's sound were the howling vocals and lyrical barrage of singer Darby Crash and the rough-edged but fluid guitar work of Pat Smear, with bassist Lorna Doom and drummer Don Bolles providing the relatively solid foundation that kept their songs from flying off the rails. Initially a strikingly inept band who could barely play (the fact they were willing to release a performance as faulty as "Forming" on their 1977 debut single speaks volumes), the manic energy and human-cannonball theatrics of Crash made them the talk of the Los Angeles scene even when the music wasn't effective. As they matured into a singularly powerful punk band with a surprisingly literate style -- as documented on their 1979 album (GI), produced by Joan Jett -- their music forced the skeptical music press to take them seriously. But the Germs were at the peak of their abilities and reputation when their career came to a screeching halt with the death of Crash in December 1980.

The Germs were formed in 1976 by Jan Paul Beahm and Georg Ruthenberg, two friends who attended University High School in West Los Angeles. Beahm and Ruthenberg were fascinated with glam rock (especially David Bowie), while Beahm had a more than academic interest in fascism, cult leaders, mind control techniques, and other esoteric subjects. As they became aware of the burgeoning punk rock phenomenon -- especially British bands such as the Sex Pistols and the Damned, as well as proto-punks like the Stooges, the New York Dolls, and the Runaways -- they decided to form a band, though Ruthenberg was only a rudimentary guitarist at the time and Beahm had no musical experience. Posting flyers inviting "two untalented girls" to join their band, they recruited bassist Diana Grant, aka Dinky, and drummer Michelle Baer, and adopted the name Sophistifuck and the Revlon Spam Queens. However, the expense of putting their name on T-shirts led them to coin a shorter moniker, and they became the Germs. The band had barely practiced before Grant and Baer dropped out, and they recruited a new bassist, Teresa Ryan. The Germs also decided they needed cooler stage names, so Beahm became Bobby Pyn, Ruthenberg became Pat Smear, and Ryan became Lorna Doom. Belinda Carlisle, calling herself Dottie Danger, was brought in to play drums, though she had to drop out before their first show after contracting mononucleosis, and Becky Barton, aka Donna Rhia, filed out the first proper Germs lineup. (Carlisle would have better luck with her next band, the Go-Go's.)

The Germs played their first official gig in April 1977, after talking their way onto a bill with local bands the Weirdos and the Zeros. Pyn took the stage wrapped in red licorice, and friends of the band threw spoiled food at the stage as others dumped pounds of sugar over the singer's head while they staggered through the Archies' "Sugar Sugar." Shortly afterward, they recorded a single on a Sony two-track machine in Smear's parents' garage, with the ultra-primitive "Forming" on the A-side and a lo-fi live take of "Sex Boy" on the flip. Released by the tiny What? Records label, the single brought the Germs an unexpected degree of attention, and after Donna Rhia quit, they worked with a succession of short-term drummers, with Nickey Beat of the Weirdos sitting in when they cut a second single for the newly minted Slash Records, an offshoot of L.A.'s leading punk 'zine. 1978's "Lexicon Devil" b/w "Circle One" and "No God" showed the band had improved by leaps and bounds since forming, and the Germs attracted a rabidly loyal following, especially the singer, who had dropped the name Bobby Pyn in favor of the more dangerous-sounding Darby Crash. The Germs' fans were known for being every bit as chaotic as the band, and while Crash careened around the stage under the influence of alcohol and drugs, their audience would react with an early version of slam dancing that turned performances into near riots.

The Germs' notoriety had spread far enough that a drummer from Phoenix, Arizona, Jimmy Michael Giorsetti, heard that the band was in need of a percussionist and relocated to California to offer his services. Giorsetti proved to be a solid drummer, and he became the final piece in the definitive Germs lineup. Giorsetti took on the esoteric stage name Don Bolles, after an investigative journalist from Arizona who died when his car was bombed while he was working on a piece about organized crime. By 1979, the Germs found themselves in a paradoxical position -- they finally had a functional lineup and an eager fan base, but their reputation for violent and destructive shows caused them to be banned from most punk-friendly venues, and when filmmaker Penelope Spheeris wanted to film a Germs show for her documentary The Decline … of Western Civilization, she had to hire a soundstage so the band would have a place to play. In late 1979, Slash released the Germs' first album, titled (GI), an abbreviation of "Germs Incognito," a handle the group used to perform at unsuspecting clubs. Produced by Joan Jett, the album was incendiary but presented the songs with an elemental clarity that made it possible to hear how strong the material was in a way their shows did not permit. (GI) received largely favorable reviews, and the Germs made an unlikely fan in filmmaker William Friedkin, who recruited the group to write and record a batch of fresh songs for the soundtrack to his movie Cruising. One of the songs Crash and the band wrote for the film, "Lion's Share," made it onto the film's soundtrack album, giving the Germs a highly unlikely appearance on a major label.

However, while early 1980 found the Germs on the cusp of wider notoriety, the band hit a snag when personal differences led Crash to fire Bolles and replace him with his friend Rob Henley. Henley had never played drums before, and he proved to be a very poor fit for Smear and Doom, who had grown past their initial clumsiness. The Germs quietly split in July 1980, and Crash launched a solo project that was poorly received. After a sojourn in England, where he became a major fan of Adam and the Ants and adopted a Mohican hairstyle, Crash returned to Los Angeles and reconciled with the Germs, arranging for them to play a reunion show at the Starwood on December 3, 1980. Fans and critics called the gig one of the Germs' finest performances, but it proved to be the band's final bow. On December 7, 1980, Crash died from a deliberate overdose of heroin at the age of 22; it was said one of the reasons he played the reunion show was to make enough money for a fix that would end his life. The Germs immediately broke up. The Decline … of Western Civilization was released in July 1981, with a photo of Darby Crash writhing on-stage used on the film's poster and the cover of the soundtrack album.

The legend of the Germs continued to grow after the band's demise, and various reissues and archival releases appeared in the years that followed, most notably (MIA), a CD compilation that contained nearly everything the group recorded during their career, including the unreleased songs cut for Cruising. In 1996, a Germs tribute album was released, A Small Circle of Friends, which included appearances from the Meat Puppets, L7, Mike Watt and J. Mascis, the Posies, the Melvins, and many more. 2002 saw the publication of Lexicon Devil: The Fast Times and Short Life of Darby Crash and the Germs, an oral history of the group assembled by Brendan Mullen (who opened L.A.'s first important punk venue, the Masque) with Don Bolles and Adam Parfrey. In 2007, a film about the life of Darby Crash, What We Do Is Secret, was released, with actor Shane West playing Crash. At the wrap party for the movie, the surviving members of the Germs played a short set, with West taking Darby's place on vocals. Smear (who had gone on to play with Nirvana and the Foo Fighters), Doom, and Bolles enjoyed it so much that to the surprise of many, they staged a handful of Germs reunion gigs, with West on vocals (sometimes using the name Shane Wreck). While the reunited edition of the Germs made plans to record (performing Germs tunes that were never committed to tape during their original run), no material was ever released, and the next major Germs release was 2010's Live at the Starwood December 3, 1980, a warts-and-all recording of Crash's final show. On January 16, 2019, Teresa Ryan, aka Lorna Doom, died at the age of 61 after a year-long battle with cancer. ~ Mark Deming, Rovi 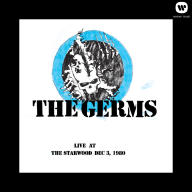 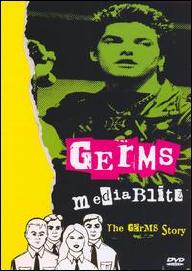 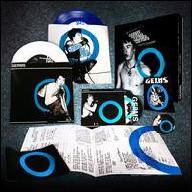 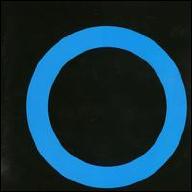 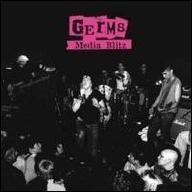 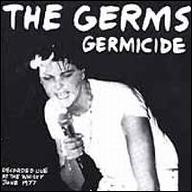 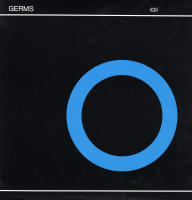 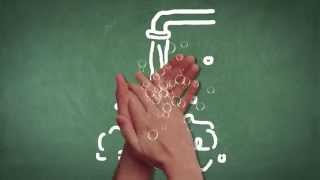 How Germs Spread | Explaining the Science for Kids 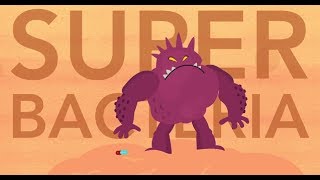 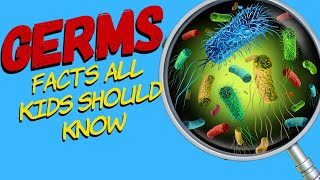 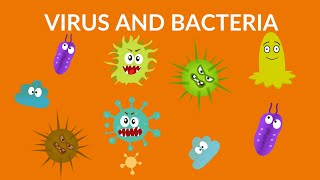 Virus and Bacteria || video for kids 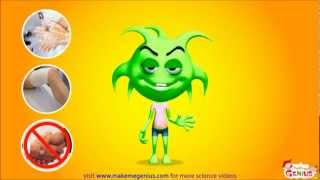 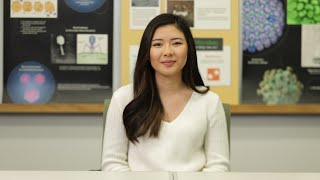