Close
Chris Butler
January 1, 1949 (age 73)
Biography
The link between the legendary Ohio proto-punk community and the pop-friendly branch of the New York downtown scene of the '70s and '80s, Chris Butler is a songwriter, producer, multi-instrumentalist, and bandleader whose work is marked by a sense of musical adventure and a strong thread of dry wit. First making a name for himself as part of Ohio legends 15-60-75 (aka the Numbers Band), Butler was part of the critically celebrated Dada-esque group Tin Huey before he enjoyed a surprise commercial success with his project the Waitresses, a clever fusion of dance-friendly new wave and funny but deadpan lyrics. After the breakup of the Waitresses, Butler produced sessions for other acts and worked in television while creating idiosyncratic music on his own, including 1996's The Devil Glitch (a single song that eventually grew to over three hours in length) and a series of singles titled The Wilderness Years recorded on obsolete equipment. He released his first proper solo album, I Feel a Bit Normal Today, in 1997, and has slowly but steadily released his own brand of offbeat but intelligent pop music ever since.

Chris Butler was born in 1949 in Chagrin Falls, Ohio, a suburb of Cleveland. While a sociology major at Kent State University in the early '70s, where he was among the student protesters fired upon by the Ohio National Guard on May 4, 1970, Butler became involved in the Kent/Akron/Cleveland music scene, which included future members of Devo, the Pretenders, Pere Ubu, and many other bands. Through the '70s, Butler spent time in a variety of local groups, most notably 15-60-75, also known as the Numbers Band, a semi-legendary blues-rock scene fixture fronted by future Golden Palomino Robert Kidney. Upon leaving the Numbers Band, Butler contributed two solo tracks to a Stiff Records scene document, The Akron Compilation, and then joined with saxophonist Ralph Carney and pianist Harvey Gold to form Tin Huey, a surrealist avant-rock group heavily influenced by Frank Zappa and the Soft Machine. Rather surprisingly for such a willfully non-commercial outfit, Tin Huey signed to Warner Bros. for their first album, Contents Dislodged During Shipment. An often fascinating and deeply weird slab of rock Dada, the album sold poorly and Tin Huey split up after Warner dropped them.

For his next adventure, Butler reached back to another track he'd recorded prior to his tenure in Tin Huey. In 1977, Butler had written and played all the instruments on "I Know What Boys Like" and had his friend Patty Donahue sing the deadpan sarcastic lyrics, crediting the result to the non-existent group the Waitresses. Settled in New York after the Tin Huey debacle, Butler gave his almost-forgotten song to club DJ/producer Mark Kamins, who got the "band" signed to the new wave imprint ZE Records. According to legend, Butler wired his last 50 dollars to Donahue to take a Greyhound bus to New York, while he formed his imaginary band out of various unemployed New York musicians, including ex-Television drummer Billy Ficca and free jazz saxophonist Mars Williams, who had been working as Anthony Braxton's copyist. The newly constituted Waitresses recorded a hit album, 1982's Wasn't Tomorrow Wonderful?, and a follow-up EP, I Could Rule the World If I Could Only Get the Parts, named after one of Butler's Tin Huey songs. Both records sold well, and critical acclaim for Butler's smart and funny lyrics and Donahue's inimitable vocal style -- she sang like she was chewing gum, talking on the phone and painting her toenails at the same time -- was widespread. However, after a fractious tour, the Waitresses split up during the sessions for their second album, 1983's Bruiseology, leaving Butler to piece together a brief album using an instrumental and a track sung by bassist Tracy Wormworth as filler. An unsuccessful attempt to restart the band with former Holly and the Italians leader Holly Beth Vincent as the new lead singer was a non-starter, and Butler abandoned the Waitresses concept for good late in 1983.

After several years producing albums for other artists, including the dB's, Scruffy the Cat, Freedy Johnston, and Joan Osborne, as well as working as musical director for several cable TV shows, Butler returned to solo recording in the mid-'90s. In 1994 and 1995, Butler released volumes one and three of a projected four-part series, The Wilderness Years, dedicated to recordings made on obsolete media; volume one was recorded on an Edison cylinder, while volume three was made on a 1940s vintage wire recorder.

Butler's next project was even more ambitious. Basically for a joke, Butler wrote and recorded a 69-minute song, "The Devil Glitch," which had no repeating verses and no instrumental breaks. Butler recorded the entire song live in one take, accompanying himself on acoustic guitar, and broke the song into three- to five-minute chunks that he distributed to various musician friends to add their backing to. Reassembling the whole thing over the course of a year and a half, Butler released the results, along with a five-minute radio edit, on his own Future Fossil label. The 1998 edition of The Guinness Book of World Records listed "The Devil Glitch" as the World's Longest Pop Song, and by the time he added the many contributions from other artists, the song clocked in at over three hours in length.

Butler released his first proper solo album in 1997 with the comparatively straightforward I Feel a Bit Normal Today, a collection of songs written and recorded over the previous seven years. A set mixing studio and home-brewed recordings, The Museum of Me, Vol. 1, followed in 2002, and Easy Life, a concept album about his years at Kent State and the 1970 shootings, appeared in variant editions in 2001 and 2014. Butler had a busy year in 2018; he released a solo album, Got It Together!, as well as a collaboration with his former Tin Huey bandmate Ralph Carney, Songs for Unsung Holidays. ~ Stewart Mason, Rovi 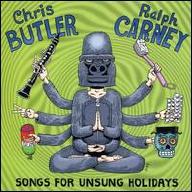 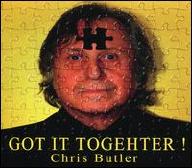 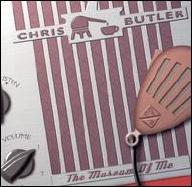 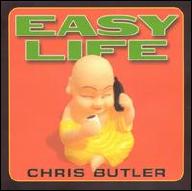 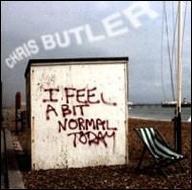 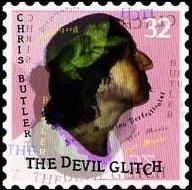 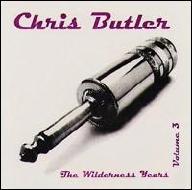 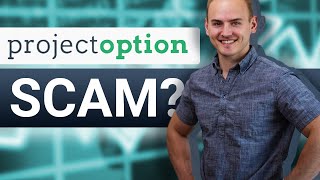 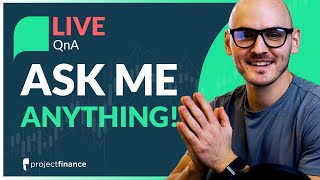 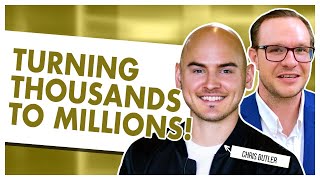 In Depth with Chris Butler From Project Option 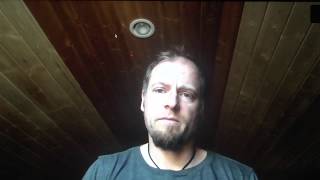 Chris Butler (Siddhaswarupananda) CULT "HOW I WAS BRAINWASH" -Part-1- Testimonial from ex-student. 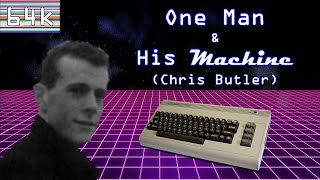 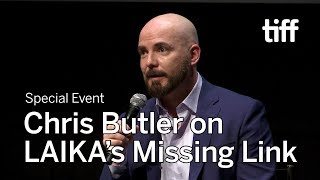 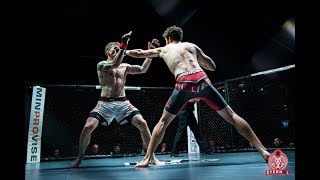